April 30, 2015
In case you think there is nothing new to say about the O.K. Corral fight, author Mary Doria Russell sets the scene for her new novel "Epitaph" like this: "A deeply divided nation. Vicious politics. A shamelessly partisan media. A president scorned by half the populace. Smuggling and gang warfare along the Mexican border. Armed citizens willing to stand their ground and take the law into their own hands. That was America in 1881." 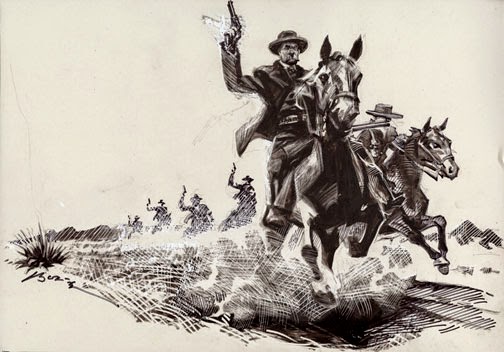 "Out of old fields comes all the new corn."
—Geoffrey Chaucer
Posted by Bob Boze Bell at 3:47 PM