Bozecards From The Edge

This is the guy who started it all. 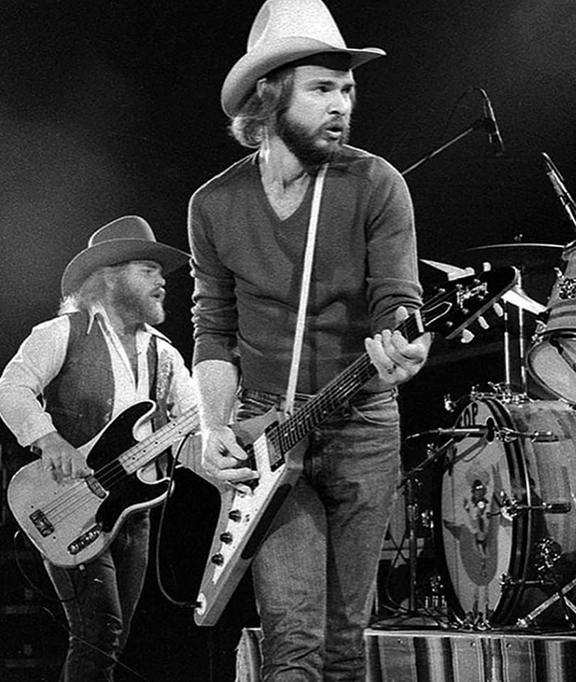 I dropped off a box of Razz Revue magazines and Razz T-shirts at the Tucson Community Center box office and told the ticket taker they were for the band. Not only did the already legendary bluesman come out on stage and dedicate La Grange to "The Razz Revue" but several days later, I received in my mail box a simple, handmade postcard of a lowrider which was crudely cut out and pasted down and then printed out on course brown paper. The note on the back said, "Hey Mane! Dig your stuff. Send more."

That postcard changed my life.

Inspired, I grabbed a line drawing of mine which I did as a controversial cover for New Times Weekly in Phoenix, and took it to Copyboy on Central Ave. and had 100 postcards printed with my contact info right on the front. 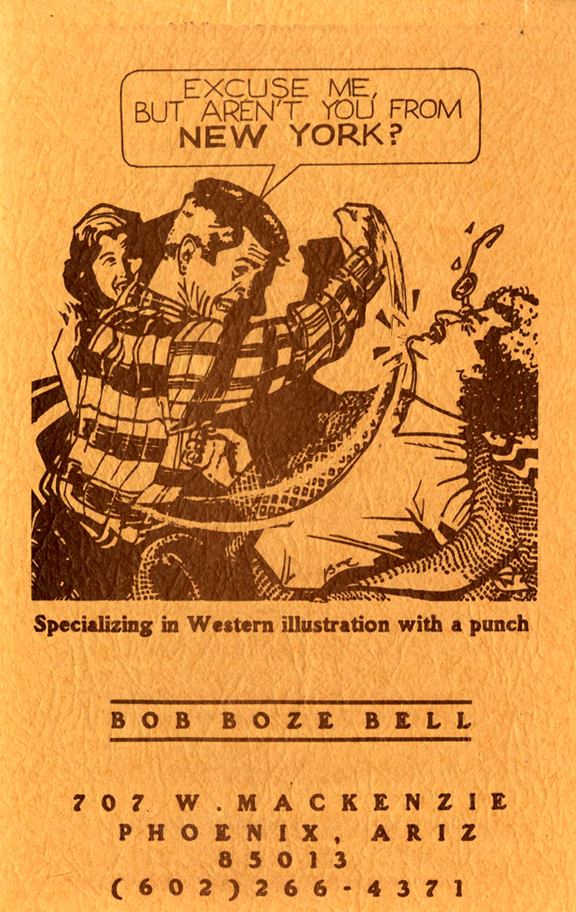 The Bozecard that got me a movie deal

I kept these cards by my art desk at the Bell-Mell Art Studio where I worked and when I would see an article I liked in a magazine, I would send the art director a card with a congrats note. That's how I got a gig at Playboy doing six pages of cartoons at $1,000 a page in 1986. But the big score was when I landed a movie deal at Columbia Pictures all because of one of these Bozecards.

Later, when I started doing my books, I sent out even more cards, like this: 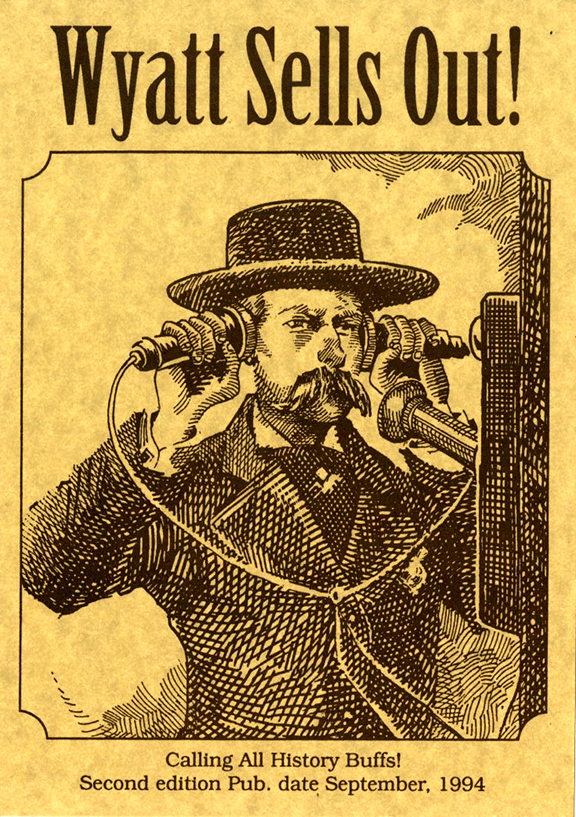 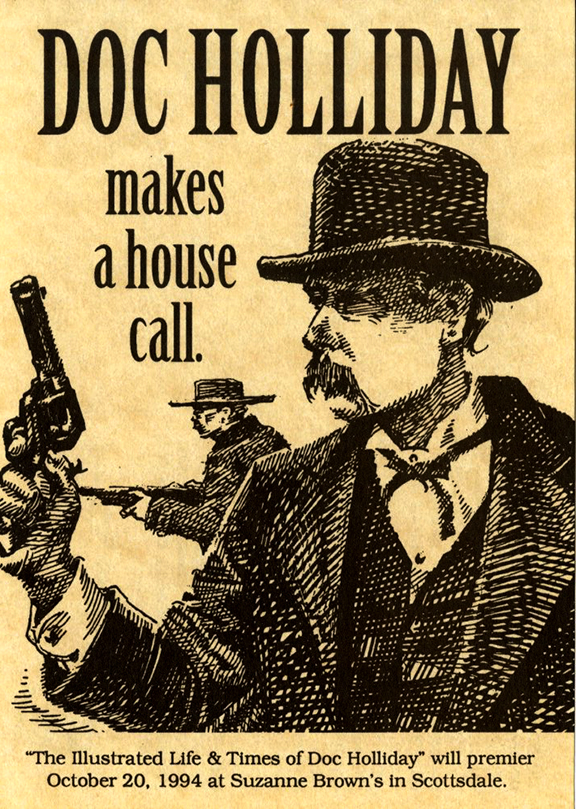 And, when we bought True West magazine, I kept sending out the cards, up to this very day. 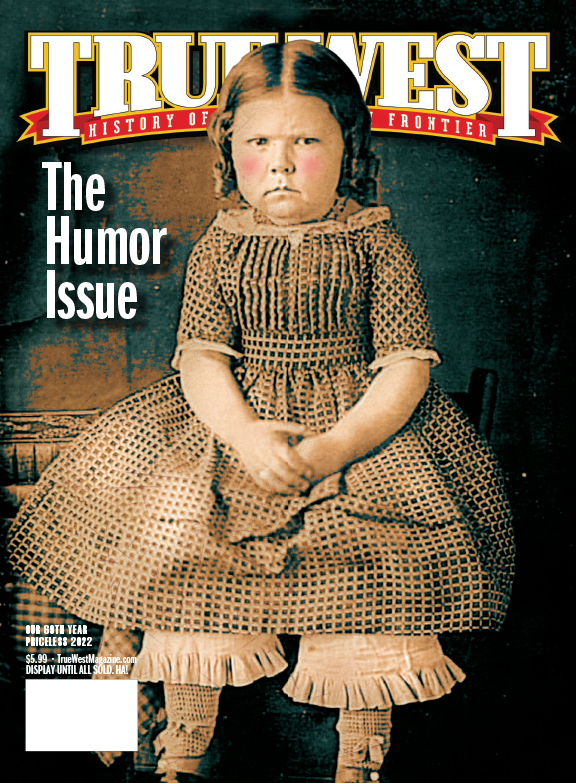 Eventually, I paid Mr. Gibbons back when he, Ed Mell and I, went out for Mexican food after a recent ZZ Top gig in Phoenix. I paid for his mole and he told me we were even. 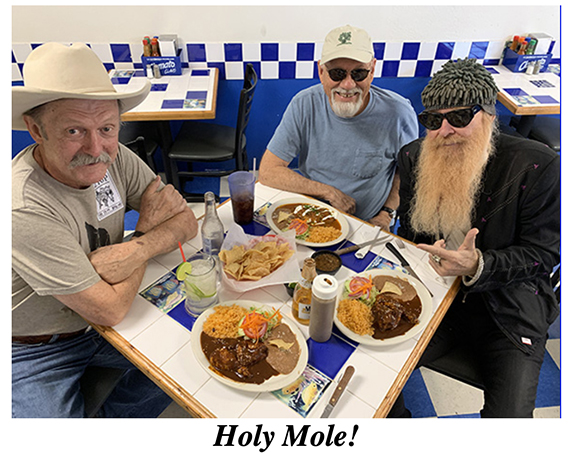 So, now you know the true story about how I came to be such a fan of Bozecards.

"Lord take me downtown, I'm just looking for some tush."