Home Is Where The Art Is


July 20, 2014
I have a secret agenda. My daughter lives in Pasadena and often talks about how she could never "go back" to Arizona to live. She loves Southern California. My son is on his way to Thailand this week where he will be teaching at a University. He claims he has no intention of returning to Arizona either. He wants to see the world.

Kathy and I smile when they talk trash about our home and we never challenge them on it. It would be dumb to even try. However, sometimes I send along a photo, like this one which I took on my morning walk, to each of them, with a simple, subtle caption:

Here is the actual article in The New York Times from yesterday: 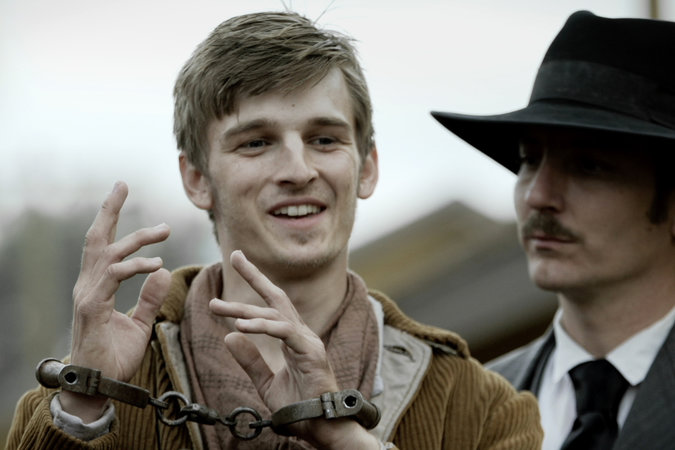 You can always learn something by watching television. On Sunday night, it’s this:


“Do not take a drunk dentist to an arrest.”


Those words to live by come from one of the engaging talking heads in the first installment of “Gunslingers,” a spunky six-part series that begins on Sunday on the American Heroes Channel. The dentist is Doc Holliday, who tagged along with his pal Wyatt Earp to the notorious gunfight at the O.K. Corral.


This tale in the first episode and most of the others in this series have been told again and again on the big and small screen, but the treatment here makes the revisiting enjoyable for admirers of the Wild West and of history cheekily conveyed. The episodes are executed sort of like many hourlong TV docudramas, combining re-enactments (which are especially slick here) with explanatory comments from assorted experts and others. One is Kurt Russell, who played Earp in the 1993 film “Tombstone.” But Earp himself joins in the narration (via an actor’s voice), and some amusing camera tricks add to the fun. Love those slow-motion bullets.


The experts are not the usual dry academics. That crack about Holliday comes from Bob Boze Bell, the man behind True West magazine. They dress like people who have a genuine affection for the subject matter. You could stock a Western hat store with what’s on their heads.


The only problem with the series is that it means that the channel may have already outgrown its new name. It switched only a few months ago from “the Military Channel,” hoping “American Heroes Channel” would acknowledge that not all heroics are performed by people in the armed services. But future installments of this series look at Billy the Kid and Jesse James, among others. Heroes to some, maybe, but outlaws by definition.

This article was forwarded to me from Casey Tefertiller who is also on the show. Casey just couldn't help himself and added this little dig: "Holliday probably was not drunk, but it does make for attention."

I replied back: "Thanks for sending me the article. Having an alcoholic father growing up, I think it's safe to say Holliday had a full head of steam by 2:30 in the afternoon."

"Academics are so vicious because so little is at stake."
—Old Historian Saying