Future Researchers Beware: Me Making The Dean's List Is A Bad Joke

Still struggling with Covid symptoms. Yes it's been six weeks and according to the CDC they could last for three months, or more. Still, mighty glad I got the vaccine or I would probably be in some ER on a ventilator (if I was lucky). Here are the stats, so far. The State of Arizona has given out five million doses of the vaccine to three million people and 1,009  of us got "breakthrough" Covid, meaning we showed postivive after the shots. Fifty-eight percent of us who are breakthrough got the Pfizer vaccine. Do I regret not getting Moderna (32%) or Johnson & Johnson (10%)? A little, but it is what it is. Thanks to Lauren Kormylo, I am on a high dose regimen of vitamins, in the hopes of kicking this nasty bug out of my system, sooner than later. I'll let you know if it works. 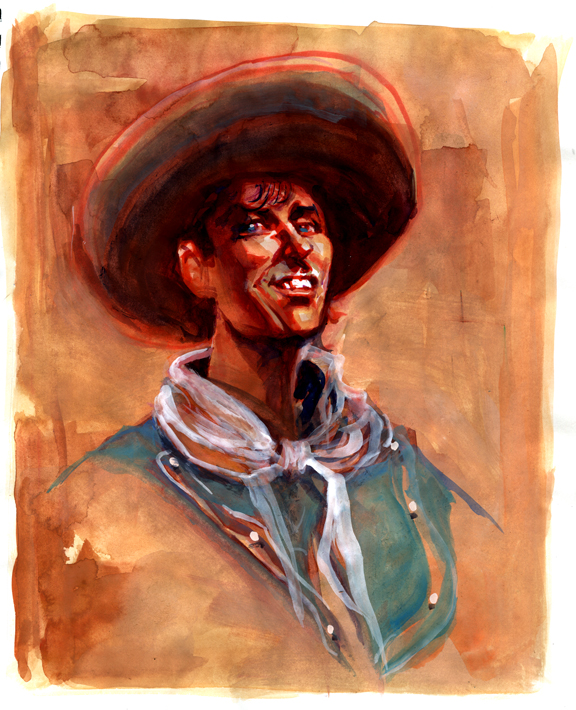 Daily Whip Out:
"Here's Smirking at You Kid"

A Warning to Future Researchers

Imagine some future twit researcher (sorry for being redundant) digging up a news item that undercuts and "disproves" my longstanding self-deprecation about being a terrible student. Imagine if this researcher found a news item where it was reported I had made the Dean's List at the University of Arizona and how proud everyone was of me.

Okay, here's the punchline: the news item is real, how it got printed, in the Mohave County Miner, is a bit of a bad joke.

When I was registering as a freshman at the U of A in 1965, there was a form to fill out (this is pre-computer) giving the University the name of our hometown newspaper. When classes began, I met another art student in a drawing class with the same name as mine, Robert Bell. We laughed when the teacher called roll and we ended up talking after class. The difference between us was he had just returned from a stint in the army and he was dead serious about being a good student and, here's the ironic part: he was a prolific sketchbook producer and I couldn't believe he was actually drawing outside of class because I never did.  Anyway, we both got As in the drawing class but I was failing almost everything else (I ended up flunking Art History multiple times). Fast forward to the end of the semester and when I went home to Kingman for the holidays, my mother was beaming because the Mohave County Miner had just printed an article about how I had made the Dean's List and how proud everyone in Mohave County was of me. I told my mother this was a dreadful mistake and I had a hunch I knew how it happened, but it never stopped my mother from showing off the news clipping. When I confronted her on it, she said, "You're talented, it could have happened." Yes, Mom, if I had studied, but I didn't!

My theory is that the Dean's office had a secretary, or two, who went through those forms we filled out giving our hometown newspaper and then they matched the paper to the students on the Dean's List. When the secretary got to the first Robert Bell, she just assumed that was the correct student (we were both in the Art College) and contacted our newspaper. When I later saw the other Robert Bell on campus I told him what had happened and he laughed, because, unlike me, he actually did make the Dean's List. I asked him if his hometown newspaper ever gave him credit and he said they didn't. The final irony is that I do believe I was inspired by his prolific sketchbook work and subconsciously wanted to emulate him. So, thanks Robert Bell, for the lifetime sketchbook dedication!

Anyway, here's my, ahem, educated guess at the outcome of the future researcher's gleeful reporting:

For those who have had to suffer from the late Bob Boze Bell's incessant and narcissist ramblings about how self-made he was and what a terrible student he was, take heart that the Duke of Dust and the King of Hyperbole was also a blatant liar. Lo and behold, in the online archives of his own hometown newspaper, The Mohave County Miner there exists a news item that undercuts his incessant false claims of being an awful student. Turns out he was merely an awful liar.

Or, something like that. Whenever I read a "gotcha" news item I always think of this little twist of misinformation and a small measure of sympathy goes out to the hapless vicitms.

Daily Whip Out: "The Kid From The Side"

(who knew a thing or two about newspapers

being full of it.)

"Not everything you read in the newspaper is true."

—Every person who has ever been misquoted in a newspaper