The Boy Who Always Stood Erect

In many ways, the Kid was like a rock star and when he arrived in the plazas up and down the Pecos hearts were soon aflutter. 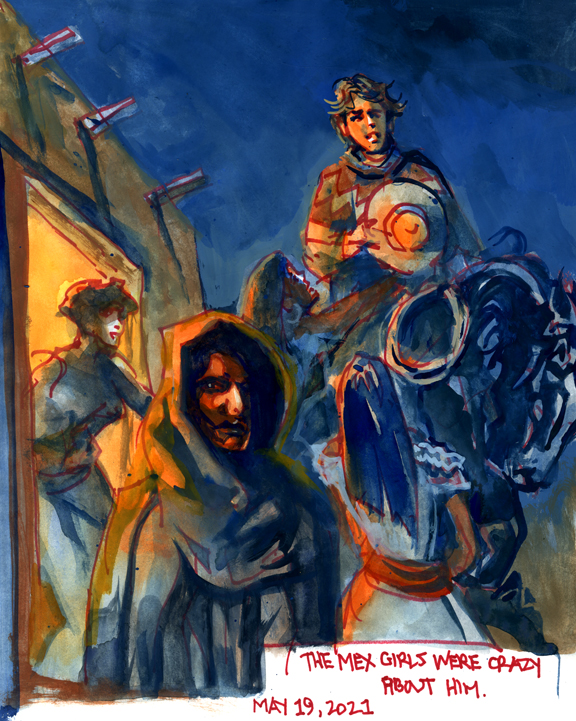 Daily Whip Out:
"The Mex Girls Were Crazy About Him"
—Frank Coe
When I do sketches like this, the figures begin talking to me, like this. The first girl, coming out the doorway, is exclaiming, "Oh, you're here Bilito. I'm pregnant!" The second woman, in the long robe is clutching her rosary beads to ward off temptation, saying, "Dios te salve Maria, llena eres de Gracia," and the third and fourth young girls are crying out, "Me! Do me next!"
You know how horses do that quick sideways stepping-hop when someone approaches too fast? That's what the Kid's horse, Dandy Dick, is doing here as a young querida runs out to welcome her amante masculino. 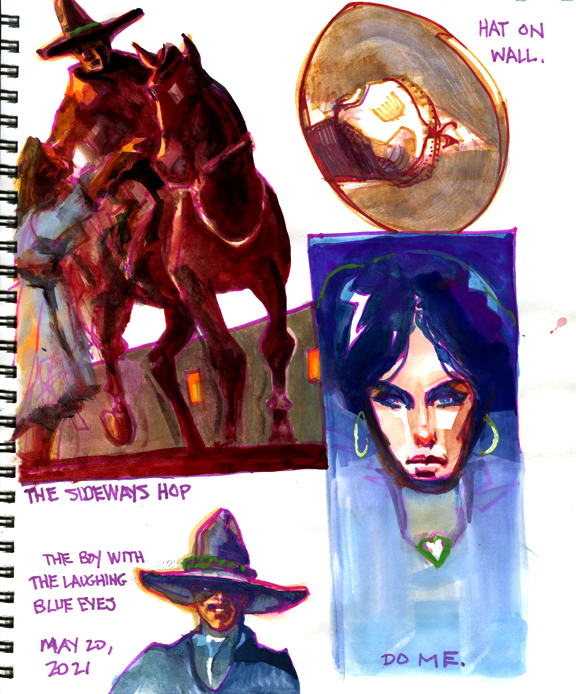 The Boy Who Always Stood Erect

This quote, above, is from the highly anticipated new book on Billy the Kid from Australian author, James Mills: "The Nature of Billy the Kid: El Bandido Simpatico," published by University of North Texas Press. 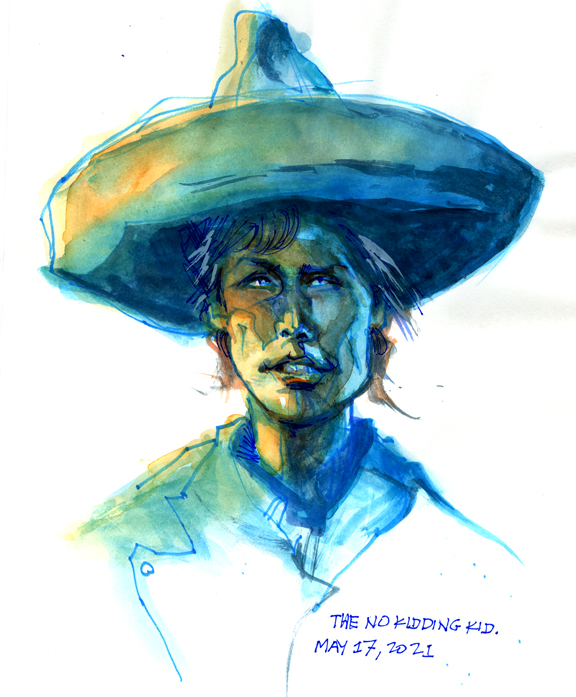 "The Boy With The Laughing Blue Eyes"

These sketches may strike you as slightly odd since I made the announcement earlier this year that my third edition of "The Illustrated Life & Times of Billy the Kid" would be "the final word." Well, for one thing, there's just too much new scholarship on the Kid's life that we will be running in the next issue of True West magazine (July) and, two, now you know I am a big, fat liar.

But, admit it, you kind of knew that.

"We're all islands shouting lies to each other across seas of misunderstanding."