Rothko Inspires Me to Whip It Out And Whip It Fast

Is it possible to be inspired by a painting and a painter one has little respect for? 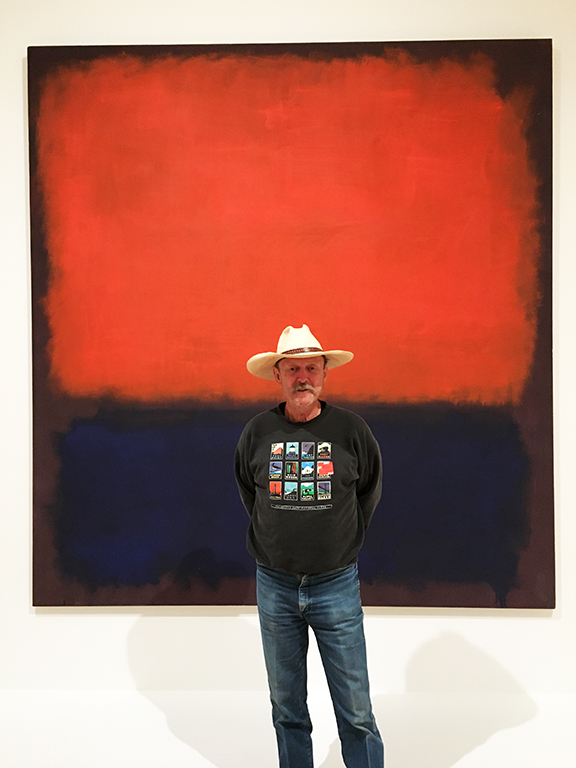 BBB In Front of A Rothko

I hedge my disdain—"little respect"—for this painting because I believe in the edict that "Art is anything you can get away with." Marshall McLuhan said that and I have nothing but respect for THAT quote, and by extension, Rothko certainly fits the bill here. So, what I'm really saying is, I respect Rothko's ability to get away with calling this a finished painting.

So, sometimes I do warmups, not with Rothko in mind, but when it's done, I am certainly reminded of him and his unmitigated gall. 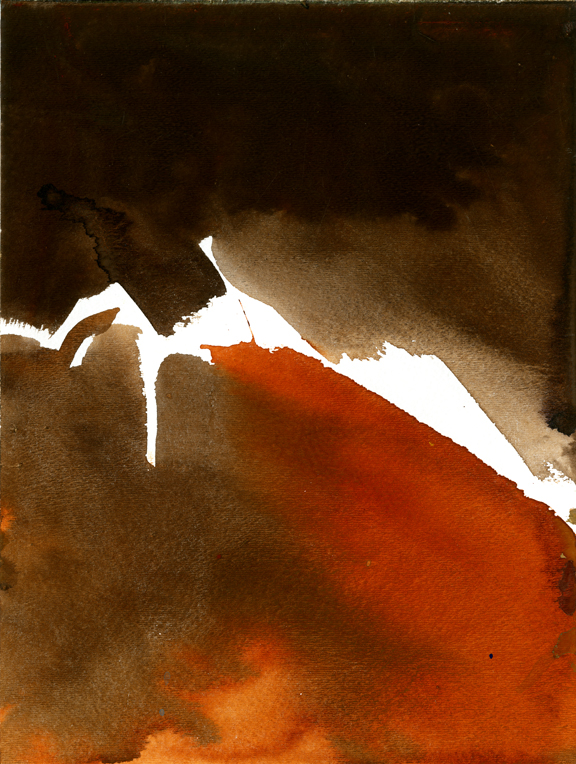 For almost all of my years of college (1965-70) driving back and forth from Kingman to Tucson, we took 93 south to Bell Road, then took that farm road over to I-17 south and around the curve on I-10 to 40th st. where the freeway ended, then we motored south on surface streets to Baseline Road and took that east and then south on Maricopa all the way down to the farming community of Maricopa and then we took farm roads to Casa Grande where we picked up the freeway again and hopscotched our way into the Old Pueblo. Only certain sections of the freeway were open and we had to get off and on all the way.

What a thrill then when the whole shebang finally opened up and we could cruise all the way from Phoenix to Tucson without stopping. 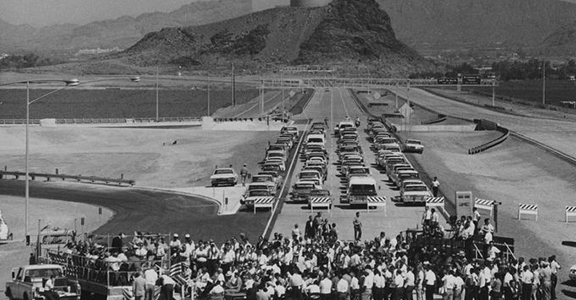 Not so much anymore. I've reverted to surface streets. Less traffic. Oh, and don't get me started on that farm road named after my family. There were two stop signs on the entire stretch in that period. And the name reference is a joke. Bell Road was named for some other farmer's bastard son. 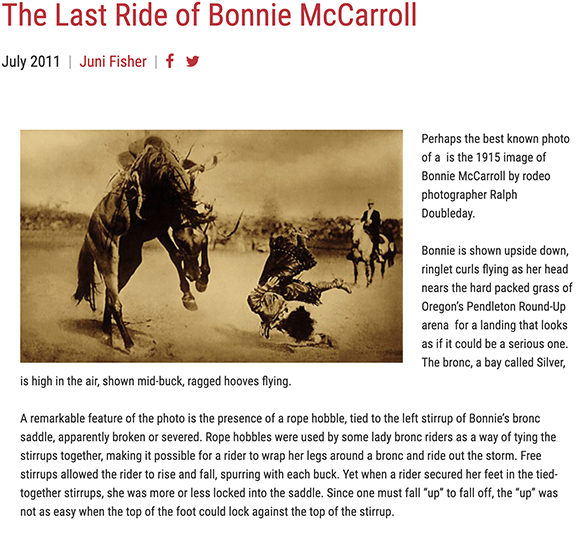 The Last Ride of Bonnie McCarroll by Juni Fisher, July 2011. This will appear in the July 2021 issue of True West magazine

"We feel through the senses, and everyone knows the content of art is feeling."