The Battle of The Cover Bands Lincoln County War Style

As many of you know, we work really hard at True West on our covers because the difference between a compelling cover and a so-so cover can mean tens-of-thousands of extra dollars in our coffers, which pays a lot of bills.

I must admit, with the exception of one cover, we have been on a streak of very strong covers for the past year, or more, with our recent Quigley Down Under cover (April, 2021), selling almost twice as many issues as anything else in the past three years. On the other hand, one cover this year has not done well at all and that is the Bass Reeves cover (Feb.-March 2021).

Perhaps it's too cute? Or, too clever by half? Or, maybe the racial aspect of it turned people off in these racially divided times? I still love the Bass Reeves cover and I think Dan The Man did a great job on it, but it has sold about half as many as the Quigly cover. That represents a whole lot of lost revenue.

Which brings us to our next cover. We argue constantly about the "sweet spot," which is that area in the upper left corner, just below the title, which is often the only thing a consumer sees if the magazines are stacked, overlapping to the right. 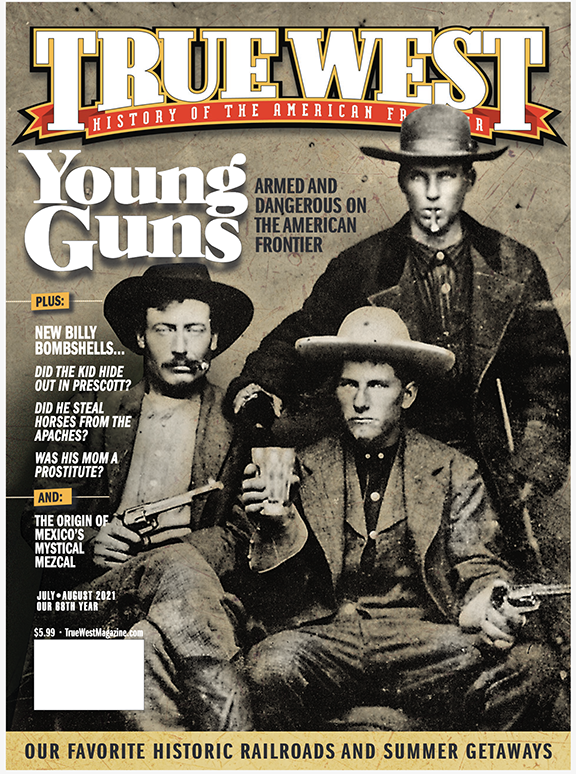 This cover image adheres to the Sweet Spot theory. However, if you are familiar with the original photo, you know that one of the guys has been cropped out to liberate that space for the headline. Here is another Dan The Man version of the cover with the full photo. 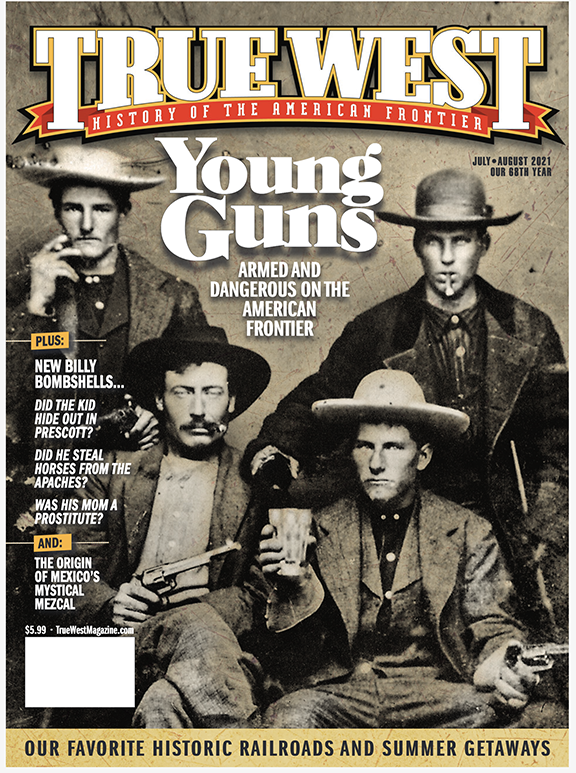 To my eye, there is no comparison. In the above four-guys-version the boys surround the headline and all of the bad boys look menacing and it has a gravitas the other one doesn't have. However, if we go by historical newsstand statistics, the Sweet Spot version will sell more issues.