Return with me now to those thrilling, unwoke days of yesteryear. 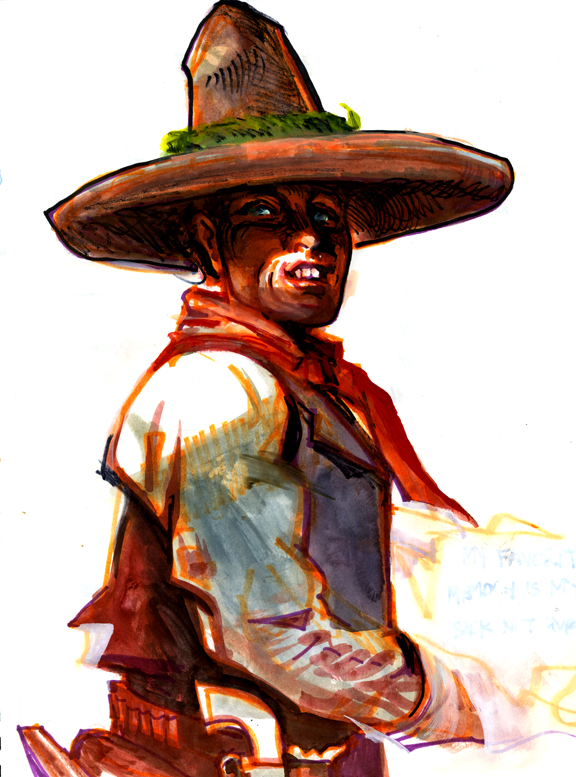 Just when we thought it was safe to be finished with Billy the Kid, here's the actor tapped by Michael Hirst (Vikings) for the new BtK series being developed for Epix. It's set to premiere in 2022. 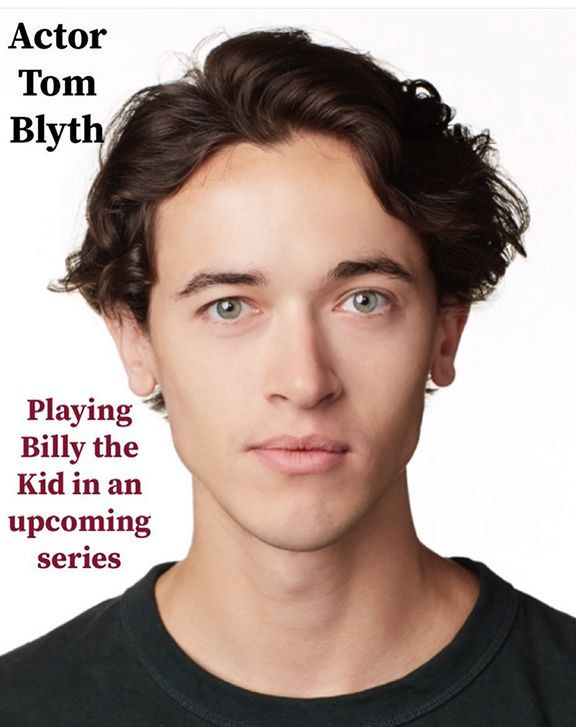 Meanwhile, this just in from my artist amgio.
The Barstool Roper
"Twas on the border at Ajo or Tecate. I could rope 50 bar stools in a row! My old man won a lot of money on me after the rodeos. All them cowboys was drunk as hell and would lay that money down. My mother painted a lot of murals in them dives and my old man would just grin and count that dinero."
—Buckeye Blake 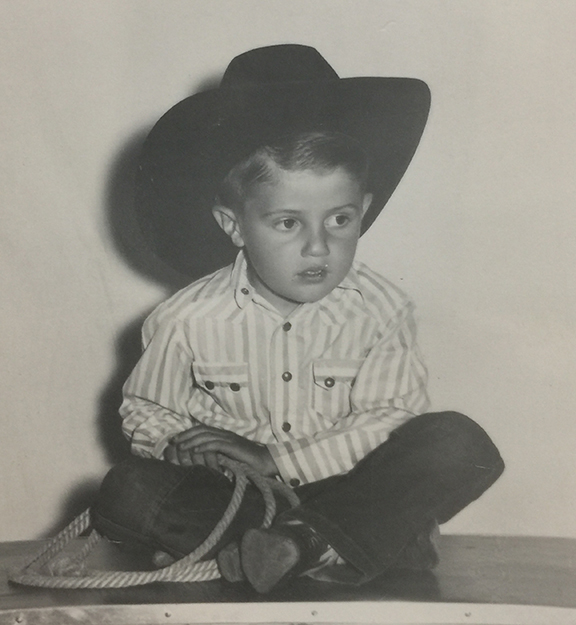 The Barstool Roper, age five
And back to the Overkill Kid. 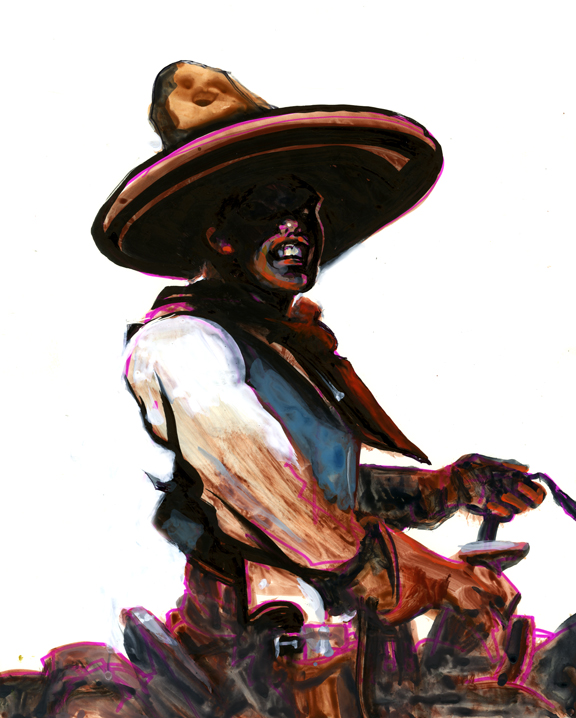 Daily Whip Out: "Bilito's Big Brim II"
Lynda Sanchez proclaimed this Billy as "Dwarky." And perhaps he is a bit too brutish. My hunch is, if you are going to do a book on Bilito being sympatico with the Hispanos, it had better have a tinge of Mexican lilt, like this. 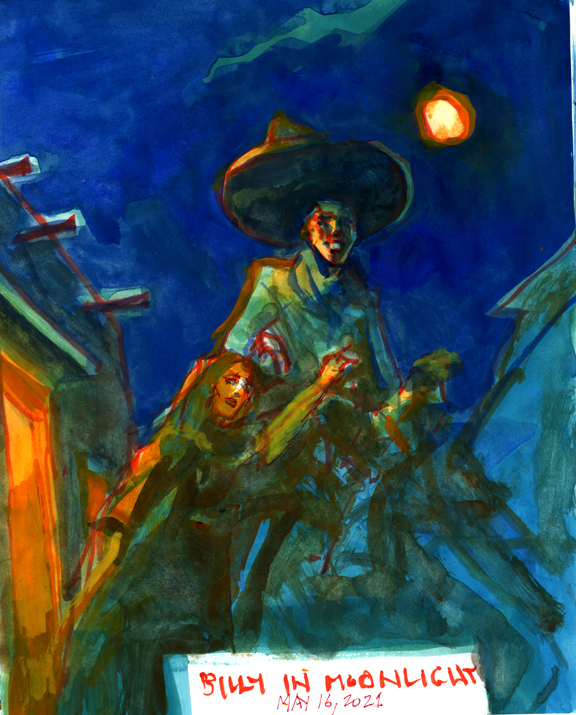 Daily Rough Whip Out:
"Bilito With His Querida In Moonlight"
More on this later. Meanwhile, there's this guy.
Daily Whip Out:
"Punchie, Two-Lane Flattop"
Featured in "The 66 Kid" (2014)
"We were kids, and then there was that one Kid."
—Delia Majente, Class of '65
Posted by Bob Boze Bell at 4:58 PM