April 19, 2010
Got a question from Jerry Sanders who has recently purchased an original Flying A gas station sign (with the neon broken) and he wanted to know what the color of the neon was so he could replicate it.

Even though I used to sit outside my grandmother's house on Jefferson Street at the foot of Radar Hill and stare at my father's Flying A sign going on and off, along with my cousin Robert Jerl Stockbridge, for hours, I couldn't for the life of me remember the colors: 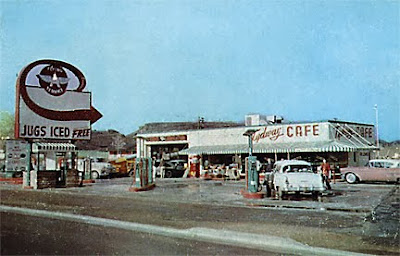 Finally, Jerry sent me this version which I think is dead on: 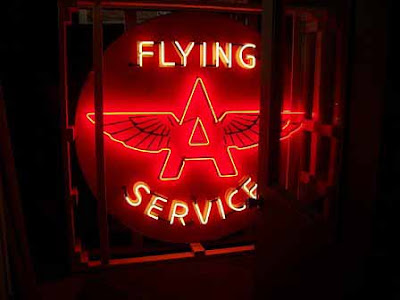 "You can trust the man who wears the Flying A."
—Mangled Gas Station Slogan Memory
Posted by Bob Boze Bell at 11:23 AM