April 28, 2010
One of the advantages of almost dying is being able to mock up that look when needed. Case in point: I needed a good model to help me create a cover concept of Billy the Kid, freshly dug up and holding a press conference.

Robert Ray took this half dead model out in the back, behind our office and shot off a dozen shots. This is the best dead head look of the bunch, not very flattering, but definitely half dead: 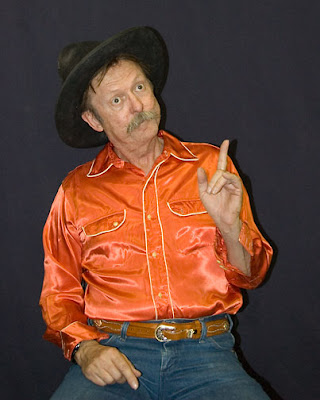 Believe it or not, that shirt is a gift from Jim Larkin of New Times-Village Voice Media fame who wore it for several years then gifted it to me as a prop shirt. It's the closest shirt I have to the famous anchor bib shirt the Kid has on in his only known photo.


This reference shot led to this sketch: 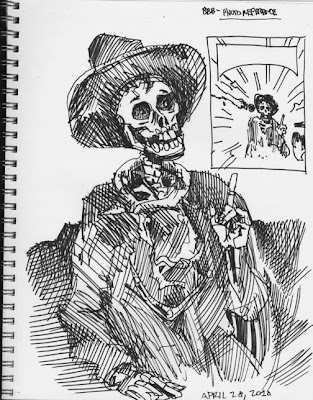 Of course, this isn't our first digging up Billy cover. The first was about six years ago when the dig was first hatched and landed on the front page of the New York Times. This was my take of Dead Billy at that time: 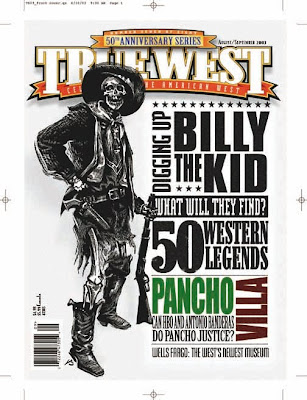 This cover did very well for us, and I personally sat in a Barnes & Noble in New York City and watched three of them picked up and bought right off the newsstand.


"You will live and you will die. Both are good."
—Old Vaquero Saying
Posted by Bob Boze Bell at 3:12 PM