April 29, 2010
Worked last night on sketches for the Digging Up Billy the Kid cover illustration. I have great reference—thanks to Robert Ray—of a dead guy sitting up in his coffin and giving his first press conference: 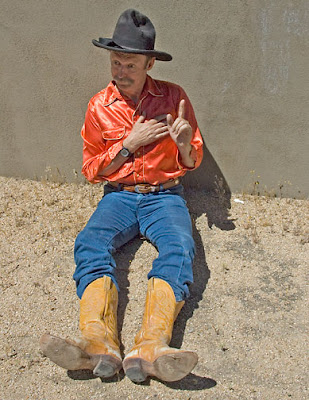 That, and the other photos led me to here: 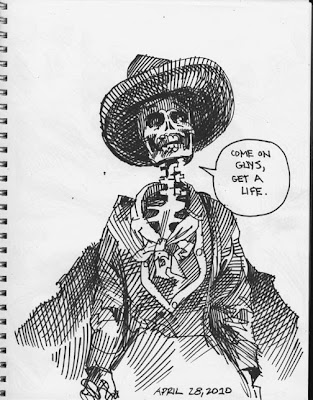 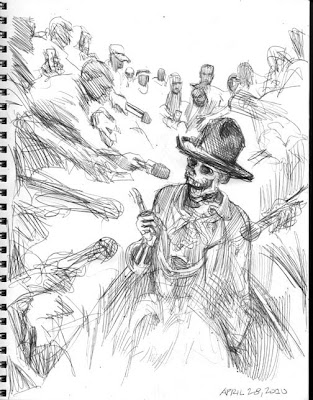 I like the idea of "Billy the Kid's First Press Conference" as if he has been unearthed, he sits up and starts answering questions: "I always liked Pat Garrett, but I didn't appreciate the way he dropped me while my pants were down. That's just not good business."

"Take everything you like seriously, except yourselves."
—Rudyard Kipling

Plus, A Bonus Quote:


"He who cannot dance claims the floor is uneven."
—Old Vaquero Saying
Posted by Bob Boze Bell at 9:01 AM