A Fine Wine at The O.K. Corral?

October 7, 2010
It's October, do you know where your Tombtone stash (rash) is? Speaking of one of my fave towns, I finally got around to doing a True West Moment on one of my favorite tidbits about the O.K. Corral fight. The night before the fight Ike Clanton spent two hours in Kelly's Wine House on Allen Stret, no doubt sampling one or more of their 26 wines imported from Europe. Quite a high toned place and, unlike the movies, where everyone is drinking rotgut, I can just imagine Ike remarking: 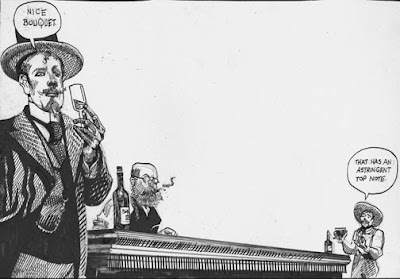 Last night I also finished an illustration on Victorian tennis players at Fort Apache in 1874: 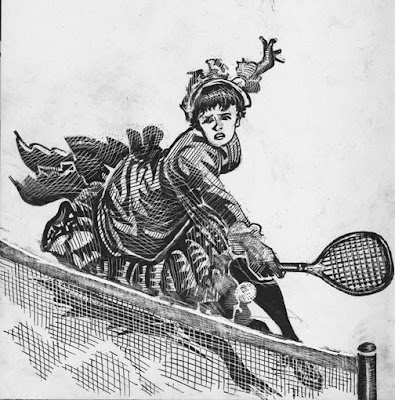 "Pioneers get the arrows, settlers get the land."
—Old Vaquero Saying
Posted by Bob Boze Bell at 1:31 PM