October 27, 2010
Went home for lunch and knocked out the final for this Sunday's True West Moment in the Arizona Republic: 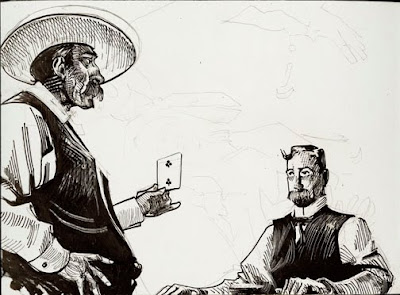 This illustrates the moment on July 4, 1876 when Marion Clark, seated, asked Corydon Cooley to show low, and Mr. Cooley drew the deuce of clubs, winning the land that became Show Low.

Working on nine others. Got kind of behind going to France and need to prance out ahead, as my son, Thomas, would say.