Quick Trip to France, Anyone?

October 4, 2010
On my way to France this coming weekend. A Paris publisher wants to translate my Wyatt Earp book into French. When family members contacted Kathy this morning expressing concern about our safety, my wife said, "I'm not worried, Bob has a beret."

Meanwhile, speaking of terrorists, worked most of the weekend on an image that portrays the old Mexican saying, "Ai Chihuahua, quantos Indios (Apaches) sin huarachis?" 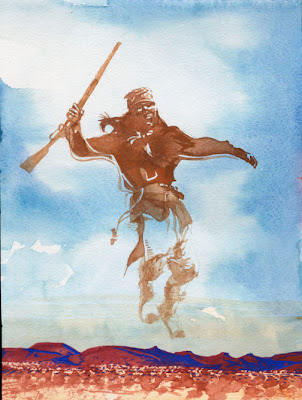