Mescalero Melee And Men In Hats

December 4, 2015
Working on sketches for a controversial shooting in the Lincoln County War. 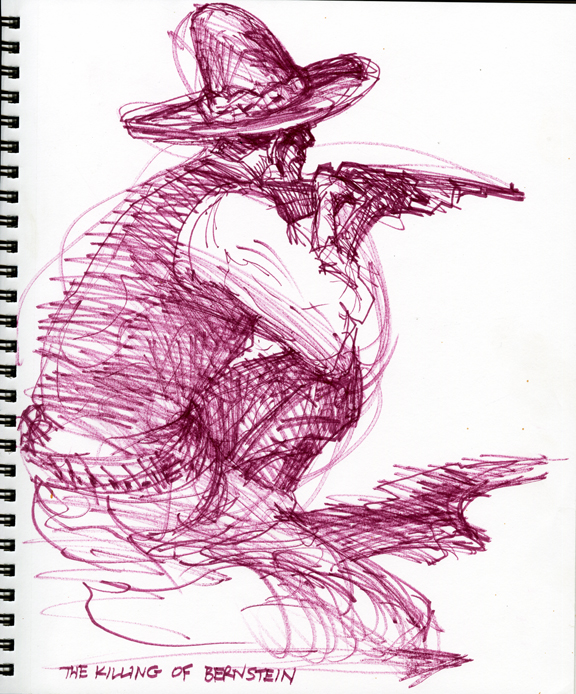 Started the final this morning, but couldn't get it to fall and had to go into work. 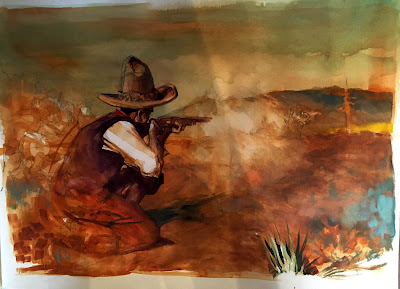 I limber up in the mornings by doing five or six loosey goosies. I want to do a series of van Gogh painting in public and try to capture the many onlookers he attracted. Many were not as polite as this dude: 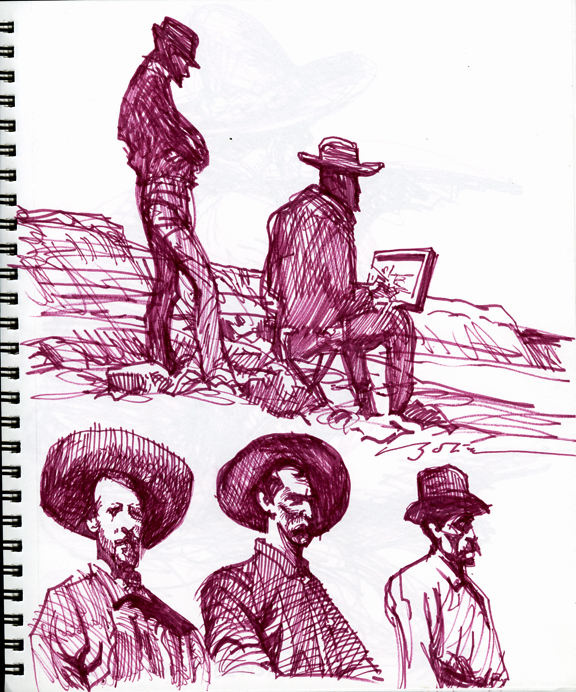 "A new vision, something never before seen, something gripping and convincing has suddenly come into existence. Savagery in art is the norm and the old form is ravaged with the new form rising out of the chaos."
—Harry Graf Kessler