December 17, 2015
Found a failed board this morning and since I am on deadline and should be working on something else, I just had to work on this new/old piece. 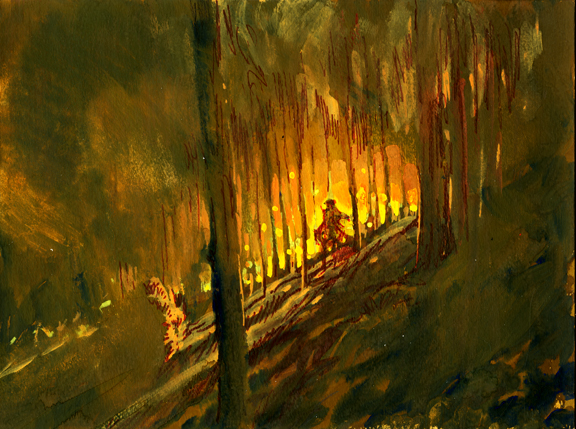 Daily Whip Out: "All Around Him The Forest Popped
And Crackled but Mickey Free Kept On Riding."


And here was what I was supposed to be working on: 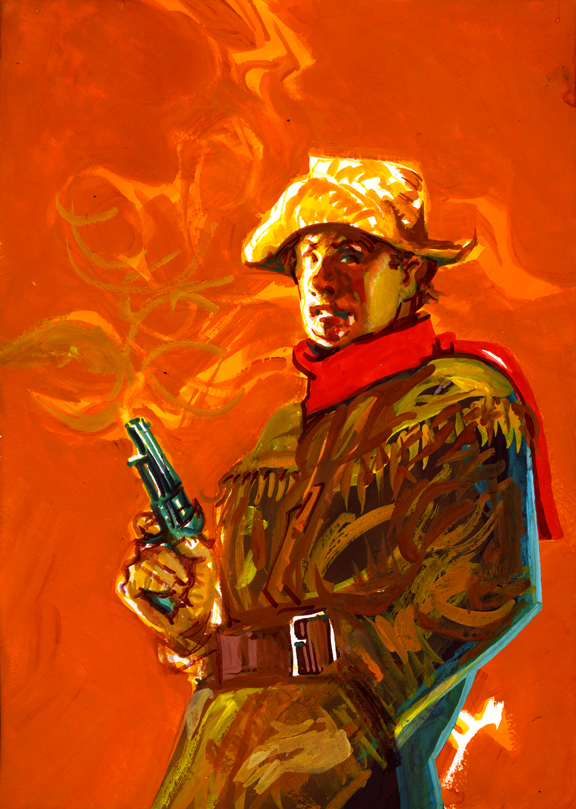 Gay Mathis commented that on my previous effort Rene looked too old. He's supposed to be a 16-year-old Paris punk. I like this expression because he seems a little freaked out by what he has just done and is still trying to look tough, but perhaps he has more dread than bravado. 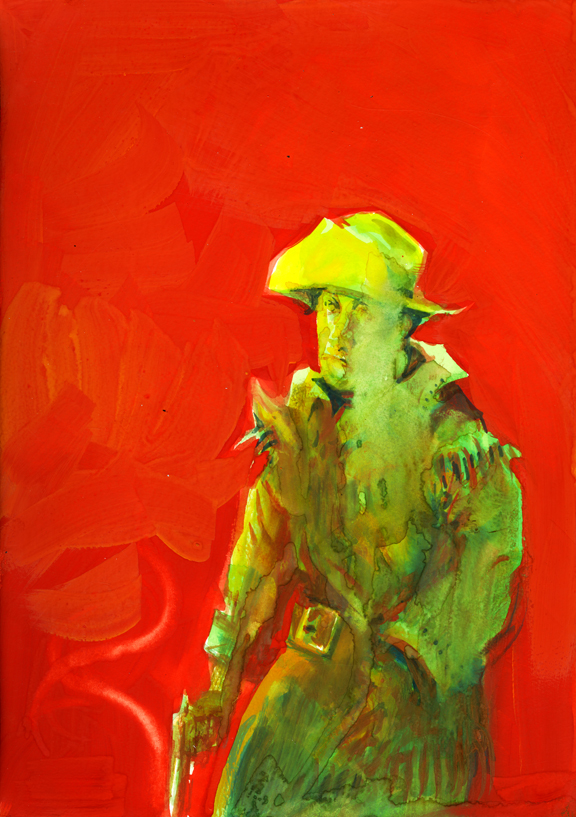 Is he shocked? Mortified? Angry? Hard to say since his face is obliterated, just like Rene Secretan's tracks. Did he accidentally shoot Vincent van Gogh? I believe so. Vincent said a very telling thing to his brother before he died:

"Do not cry. I did it for the good of everybody."
—Vincent van Gogh