What Did Vince Furnier Look Like In High School?

December 2, 2015
Went home for lunch and tried to capture on scratchboard what Vince Furnier looked like in high school, before he changed his name to Alice Cooper. 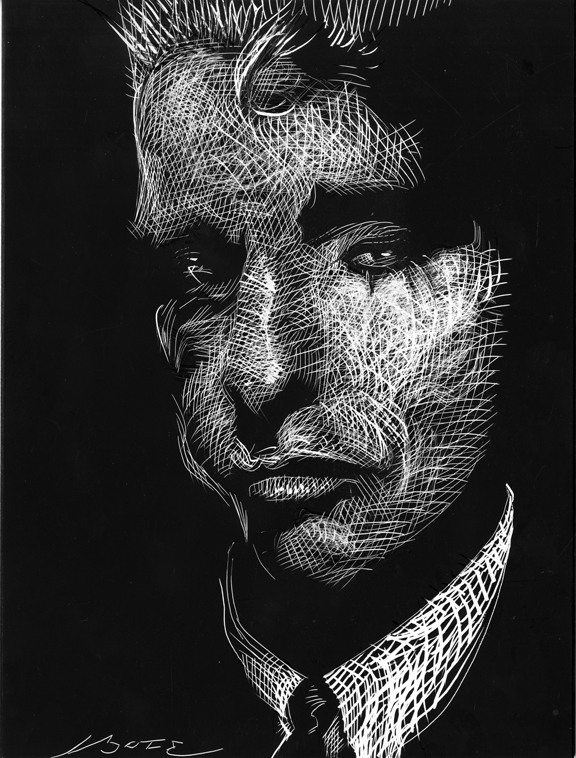 The title stems from a True West Moment I'm working on:

Vince Furnier Fails to Succeed
Born on February 4, 1948, Vince Furnier attended Cortez High School in the early sixties where he made a name for himself running track. He also formed a band with other classmates and started playing local gigs at Valley teen nightspots like the V.I.P. Club on North Seventh Street. In 1968 the band got a shot at playing the Whiskey in LA and managed to clear the joint in five minutes. A producer, Shep Gordon, witnessed the debacle but saw something else: “Anyone with that kind of power and commitment could be very big.” He was right. The Spiders became Alice Cooper and the rest is rock and roll history.

So when I first wrote this up I spelled the band as the "Spyders," because that's how I remember them spelling their name, but when I sent the copy to Arizona music historian John Dixon, aka Johnny D, he came back and said the spelling is incorrect and that it's spelled "Spiders," So, I said, "Okay, wise guy, then what about this picture out of a Cortez high school annual? 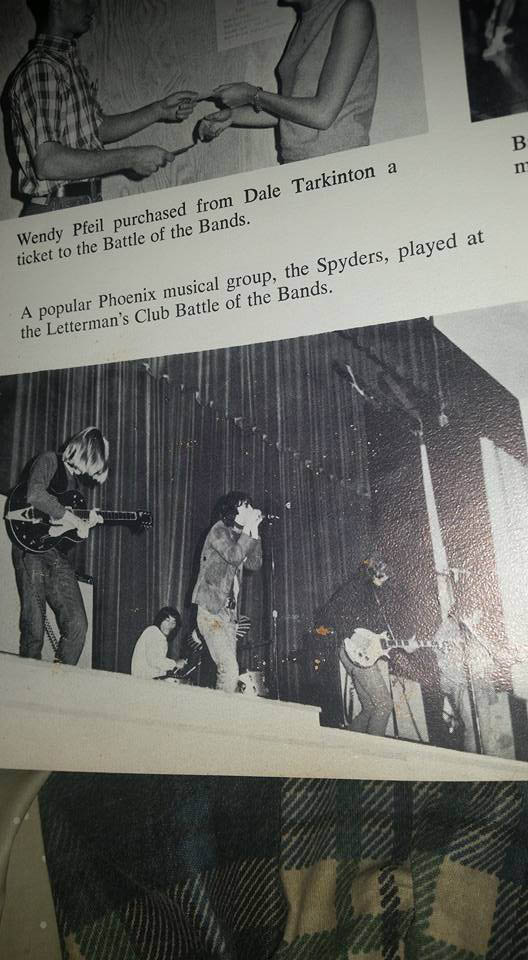 Cortez high school annual with the spelling as "Spyders"