The Legendary Nina Joy Has Passed

December 3, 2015
The legendary Nina Joy passed in her sleep on November 23 in Albuquerque, New Mexico. Just talked to Nina's sister Laura and we reminisced how the lovely Nina used to choreograph her musical sets on KDKB back in the seventies. Dan the Man and I remember this well. That's why we featured her on the cover of the Razz in 1973. 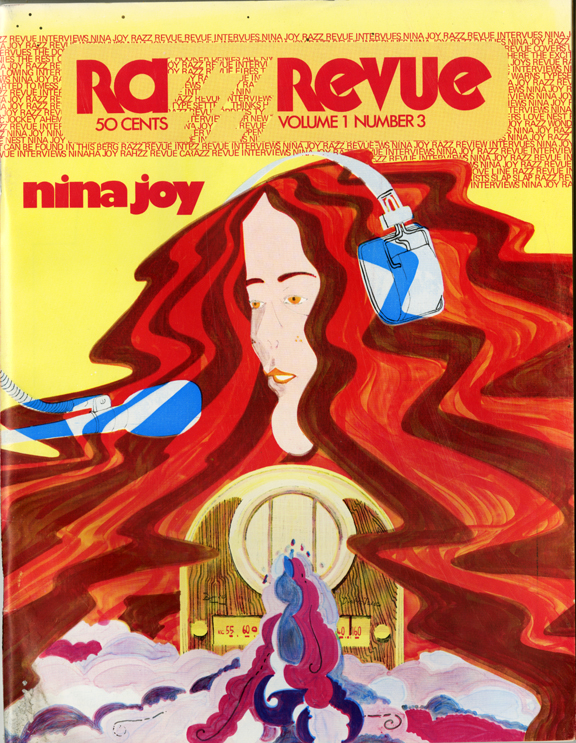 Nina Joy on the cover of the Razz Revue in 1973. Artwork by Dan The Man Harshberger 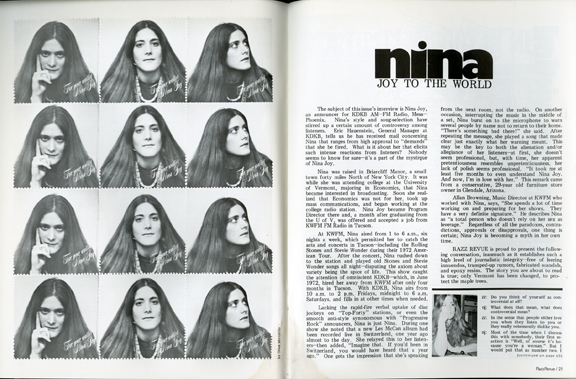 The splash page layout inside. I took the photos of Nina and also conducted the interview (we were a two-man shop on most things, although we had help from two talented babes: Darlene Willis  and Terry Townsend).

A year, or so, later we did a cover story on 103 Irregular Arizonans and I went down to a house on Baseline Road where Nina was living in a commune kind of deal. There was a horse in a corral next door and I asked her if she could ride. We crawled through the fence and she jumped on and I got this shot of her. 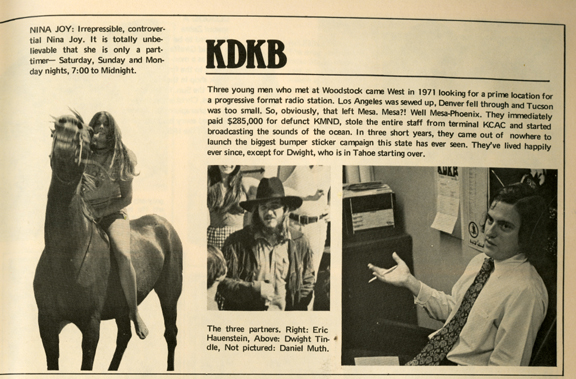 Nina from the pages of the Razz, along with the late Dwight Tindle and Eric Hauenstein.

As her sis Laura said, "Nina was all about the music and the words."