The Eternal Lesson of The Dead Mesquite Tree Branch

December 24, 2015
Weston and I got out early this morning for our first adventure. As we hit Old Stage Road we were treated to this sunrise over Ratcliff Ridge: 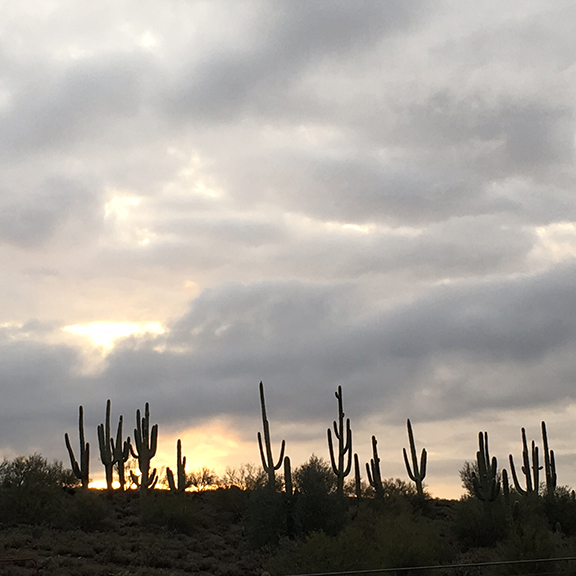 Last night I told a bedtime story to Weston about a kid who rode a wild mustang named "Shamrock" and so, as we walked up Old Stage Road this morning Weston asked me if we could visit Shamrock and I said sure, so we veered off the road to look at the Ratcliff Horses, and lo and behold, there was Shamrock. Weston picked up a couple twigs and holding them out, said: 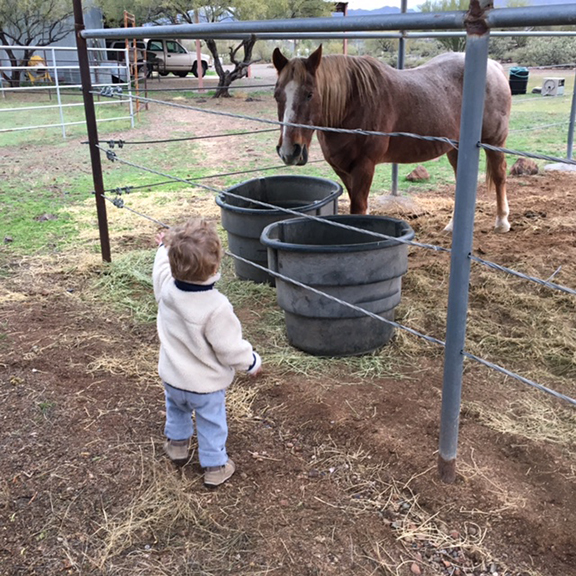 Of course, Shamrock (not his real name) being a horse, and always interested in a handout, stopped eating and came over to take a sniff: 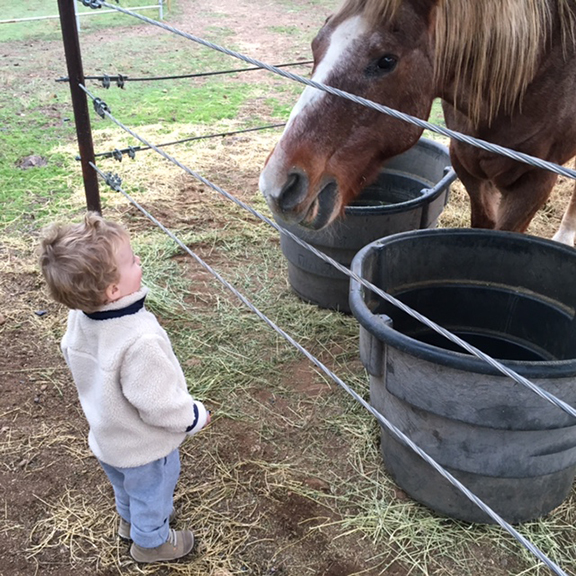 "Okay, so you don't want to eat a stick"

Shamrock was the name of one of my grandfather's horses, according to my mother, and I have always loved the name. And so, here is another kid who will probably be partial to the name as well.

From the Ratcliff corrals, we meandered over to the Cactusland Trail (as grandpa named it on the spur of the moment) and there we found a weird little cactus: 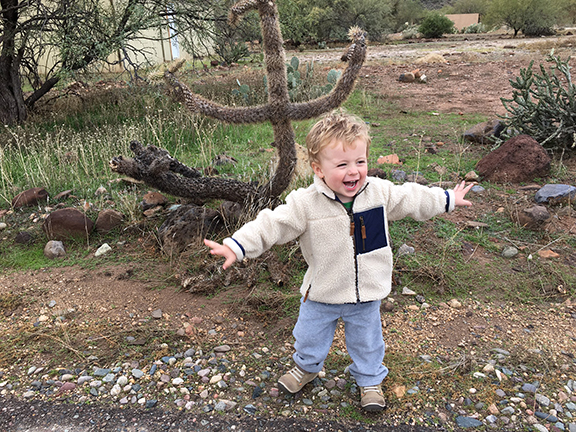 Funny how a little kid can be so entertained by a plant! We must have spent five minutes enjoying this little desert shrub which I have driven by daily, for at least three decades, and never once noticed. Will that arm poke me, grandpa?" 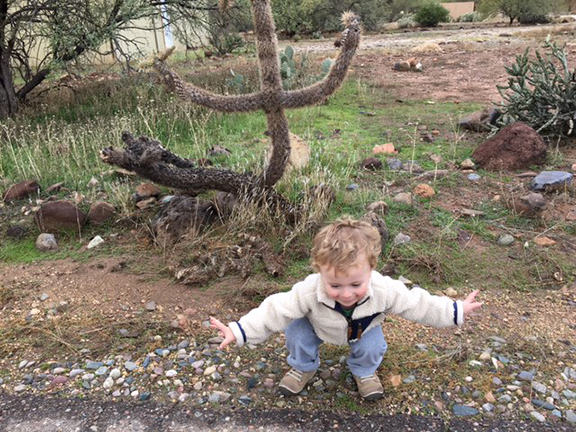 But, the real gift came a few feet farther on when we were going through thick underbrush and I broke off a dead mesquite branch and handed it to him and, as it turns out, that was the greatest gift anybody could give that boy: 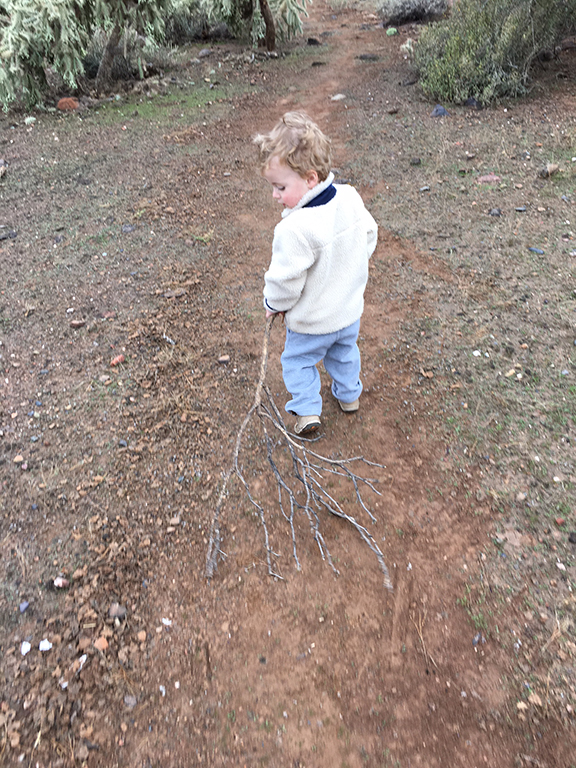 Somehow that tree branch was the best thing you could ever give a kid and he carried it all morning. We had to deliver a Christmas gift to the Augherton dog down on the creek and Weston had his faithful branch with him the entire time: 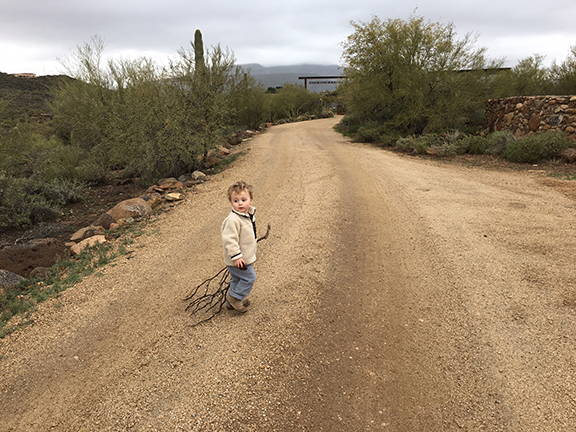 "Come on Grandpa, I've got my branch."

Tom Augherton took us out to his chicken coop and Weston even took his branch in there: 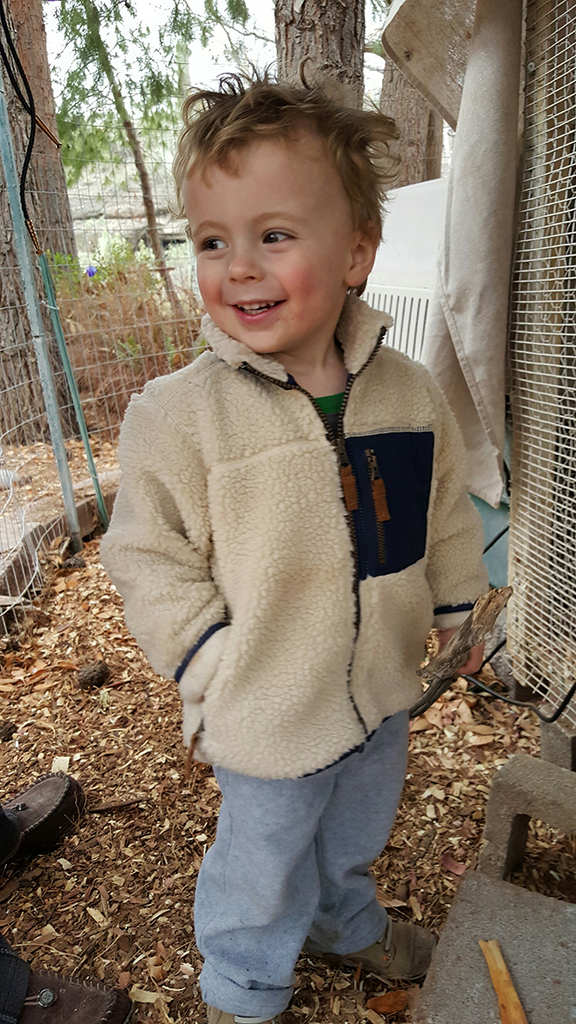 You never know when you're going to need a dead tree branch.

"Sometimes the greatest gifts are the ones you didn't even know were gifts."
—Old Grandpa Saying