Riders In The Storm 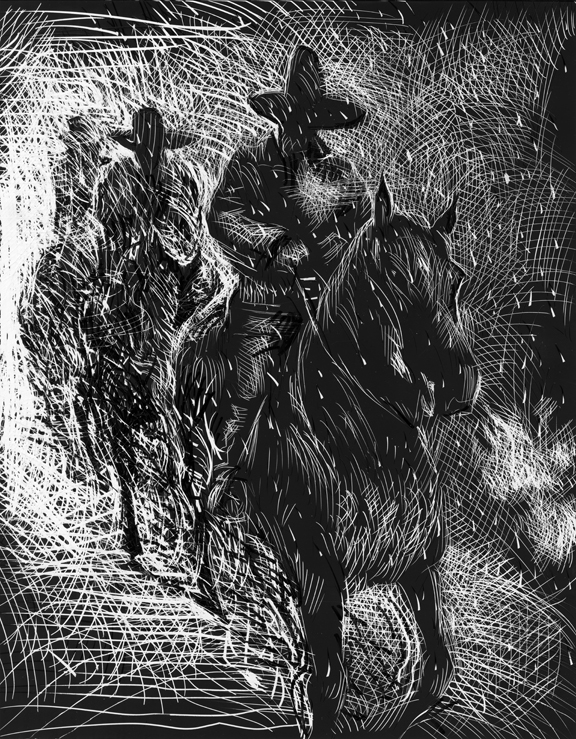 Daily Whip Out: "Get your guns boys. None but the men
we want are riding this time of night."

Pat was right, of course and 30 seconds later, Tom Folliard was shot at point blank range as his horse came right up to the porch Garrett and another posse member were standing on. And when Pat yelled, "Halt!" Tom reached for his revolver and Garrett let him have it. Folliard made it part way to safety, but then reined in his horse and turned around, riding back, saying, "Don't shoot Garrett. I'm killed."  It took a while, but he cashed in, while the boys played cards on the floor of Manuela Bowdre's room at old Fort Sumner.