Brussels On Lockdown And In The Rearview

December 1, 2015
When Brussels went on lockdown last week I saw a photo from the Wall Street Journal that looked familiar: 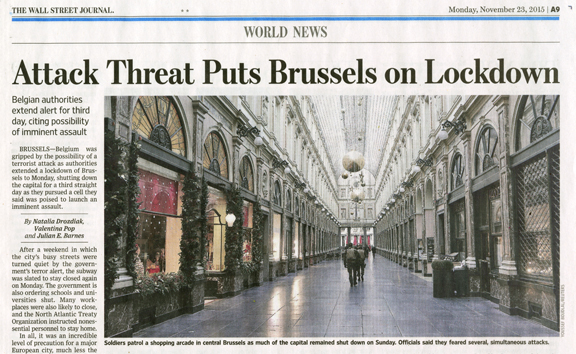 On our van Gogh tour in September, we stayed in Brussels overnight and had lunch at this mall: 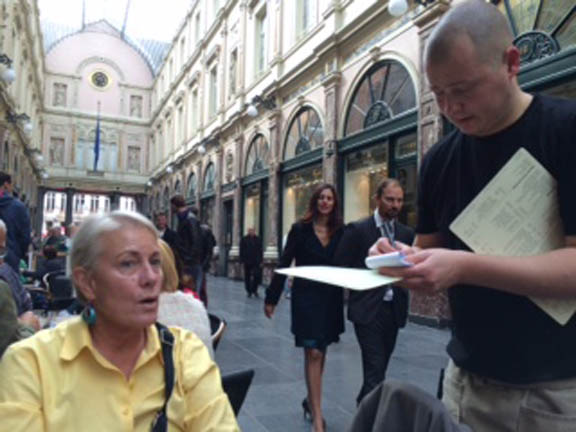 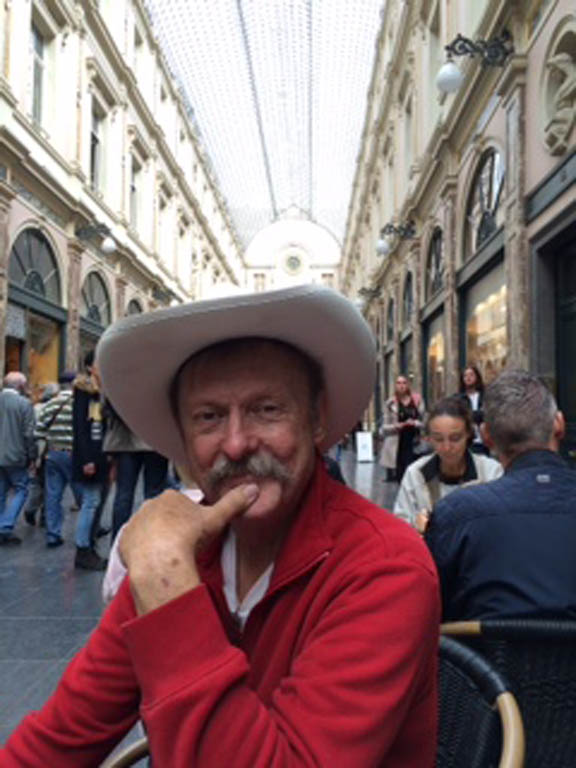 BBB amused by the crowds around Le Pain.

We had lunch at the "Le Pain Quotiden Restaurant" in the Gallerya de la Reina (Gallery of The Queen?), which was built in 1846. Locals claim it is the oldest shopping mall in the world. What's weird to me is that in Phoenix we have three "old" malls that have become obsolete: Park Central, which dates from the 1950s, Christown Mall, which dates from the 1960s, and Metrocenter, which dates from the 1970s and all three have been converted to state offices and/or stripped of their former glory. In short they thrived and then dived. How can a mall from 1846 still be viable and as hip as ever? Kind of defies gravity, no?

"The obstacles of your past can become the gateways that lead to new beginnings.
—Ralph Blum