April 4, 2017
Went home for lunch and finished a mule piece I was planning on using in the Mule Issue but ran out of time. 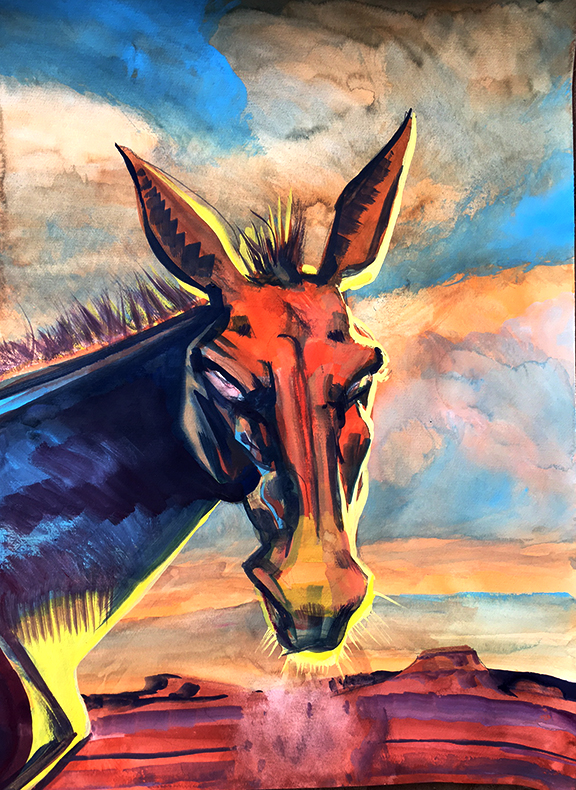 Daily Whip Out: "The Bad Ass"

I have learned so much about cowboy hat etiquette in the past several days, it's amazing. I had no idea of the quirky nuances in terms of hat manners of the American cowboy. For example, the Texas boys say if you go into a restaurant and sit at a table, the hat comes off, but if you sit at the counter, you leave it on. Sweet Jesus, I never knew that.

There seems to be a lot of emphasis on being inside, or outside in terms of when to take off your hat. And speaking of Texas, the absolute last word on what qualifies as "inside" as it relates to taking off your cowboy hat, goes to Bum Phillips:

Fritz Hille Bum Phillips, coach of the Houston Oilers, would not wear his famous ten gallon in the Astrodome because it was indoors, according to his Mama. "If it can't rain on you, you are indoors." I have always followed that rule.

"It it can't rain on you, you are indoors."
—Bum Phillips, standing in the Astrodome with his hat off
Posted by Bob Boze Bell at 2:14 PM