Hats Off! The History of Cowboy Hat Etiquette

April 2, 2017
A knock-down-drag-out brawl has ensued over my recent post about "Saloon Etiquette for Cowboys," where I made the case that you should not touch, or try to grab and put on your head, a cowboy's hat. This led to a spirited discussion, both online and in our house, about exactly where a cowboy should take off his hat. In a church, for sure, around women (see photo, below), but then the trail gets a little fuzzy. This led me to wonder if this "domesticated" version of hathood was instigated and, or influenced, by women. In many of the comments, you hear,"My mother said you take off your hat when you are in MY house."

I'm wondering if the photos of all those cowboys in saloons with their hats on had more to do with no women being there. And, by extension, there were less women in the Old West (we're talkin' "respectable" women) so the cowboys were less concerned about taking their hats off for ANYBODY! Imagine someone in a remote bunk house saying, "Now Cody, take your hat off when you come in here."

My theory is that women have influenced the Hats Off Rule more than any other factor. 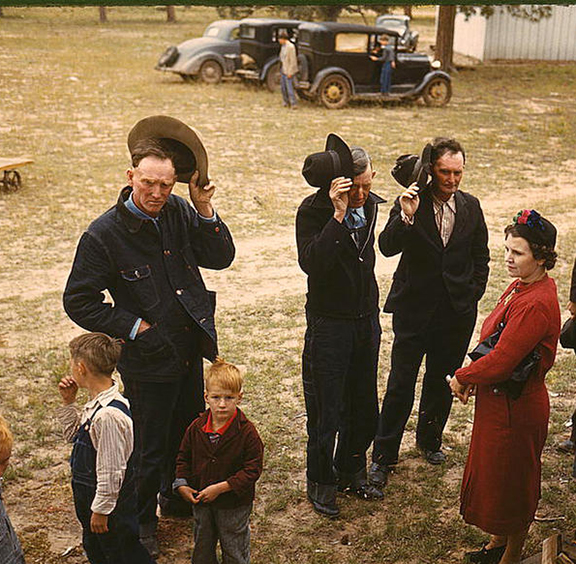 Pie Town Cowboys do a half-tip of the hat during the saying of grace, 1940s

This is all just a hunch but I'm curious about this so I sent it out to my friends who grew up in the Old West (1940s and 1950s) and I didn't have to wait long to get my first response:


Women Rule The Rules
Okay Bob,  you will probably have as many responses for true hat etiquette as you do the responders.  But, basically since I am a SW gal, born in Prescott (before it became a “cute”cow town it was a real cow town), raised in Arizona and NM and having lived with ranchers and cowboys in Lincoln, here is what I have to say. 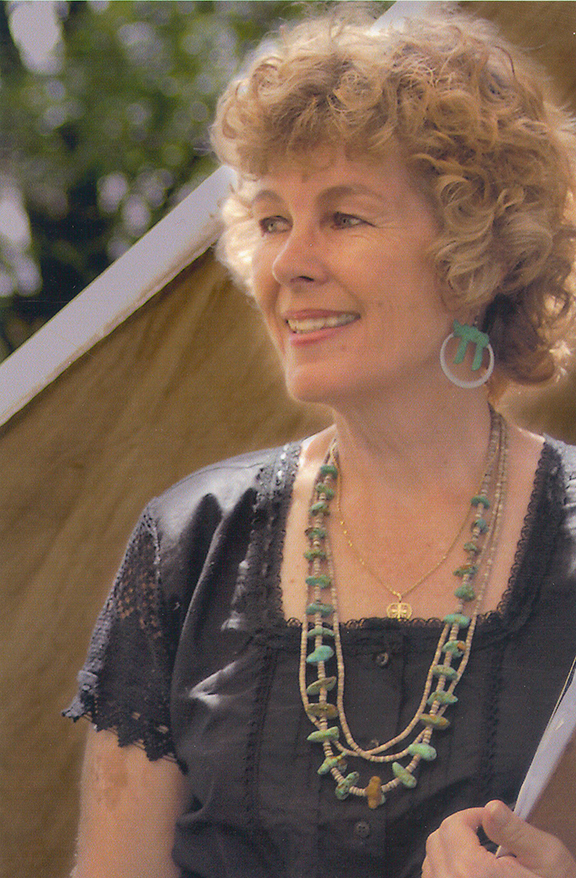 Lynda Sanchez, historian and straight up cowgirl.
Women no doubt had something to do with the manners and gentler and polite style of living.  We always have unless you are some tough wannabe bushwacker or shootest.  Religion also played a roll once the outlaws were lead away.  Men by themselves can be slobs in all kinds of ways...hygiene, clothing style, sloppy mannerisms, bad table manners, leaving the toilet seat up etc. Presence of women usually causes them to change their ways, ha ha.
I had seen your post about the hats and actually just smiled when I read it last week.  I thought the photos were interesting and it just kind of made me think, well when men are together and there are no women out and about to try and impress, well they will just wear their hats as they please.  But I bet those men in the photos would take their hats off inside a church or in a person’s home.  Maybe in the old days bars did not count in that polite atmosphere.
Now, sometimes when we go places and there is no place to put your hat, then you keep it on your head.  They used to have hat racks or hooks but now you hardly find those in restaurants and if there is no other place to put that special hat, you just keep it on your head.  Same for church or you hold it on your lap or put it under the pew.
I was always taught that real cowboys tipped their hats to a lady or female.  My husband does that as do most of the old timers.  I was taught that you take off your hat or cap in a home, church, restaurant or theater.  In a public building you can keep it on, but if you go into a court room, out of respect (something we have forgotten about today in many ways) you better take it off otherwise the judge will nail you.
When I taught school, in my classroom the boys had to take off their hats or caps.  In other classrooms the teachers didn’t care.  If a kid entered my room and forgot my rule, all I had to do was point to my head and the hat was swept off and placed out of sight.  Thus, some individuals just have no manners or they don’t care or understand hat etiquette.
So, your theory may be closer to the truth than you think.  We have gotten away from a lot of the politeness we used to have thus many of our rules have little meaning except in enclaves here and there.  Fewer people wear hats now.  Oh, and by the way, you better not mess with my husband’s hat.  That is still a no no.  A man who wears a Stetson treats it like gold and so should the rest of the world!

My husband is hauling cattle at the moment to Roswell, however, when he gets home I will see if he has anything else to add!
—Lynda Sanchez, Lincoln, New Mexico

"Touch my hat and I'll kick your ass so hard you'll be wearing IT for a hat."
—Julie from Wyoming
Posted by Bob Boze Bell at 3:36 PM