The White Skin Behind Her Ear

April 9, 2017
I spent most of the day yesterday out at the Oatman massacre site west of Gila Bend. As I stood on the bluff where most of the family members were murdered, I was overwhelmed with sadness for all of them. 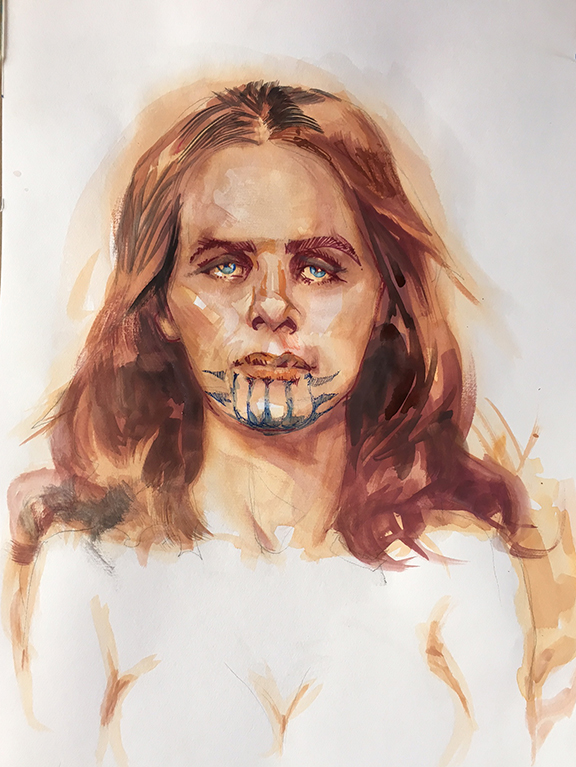 Daily Whip Out: "What Those Eyes Have Seen."

When most of us think of the Olive Oatman story and her time among the In-dins, we picture her as a light-skinned, White girl, dressed as a Mojave with a bark-skin skirt on, but more-or-less standing out like a sore thumb in a line-up of Mojave women.

In Royal B. Stratton's bestselling book, "The Captivity of The Oatman Girls" (1857), the sisters are illustrated as essentially White, topless, sunbathers mingling among the bronzed brutes. 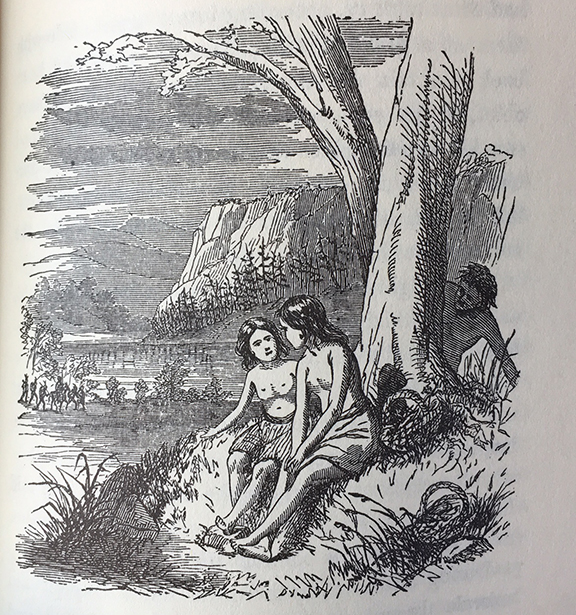 Mary Ann and Olive lounging amongst the pine trees near Needles, California. 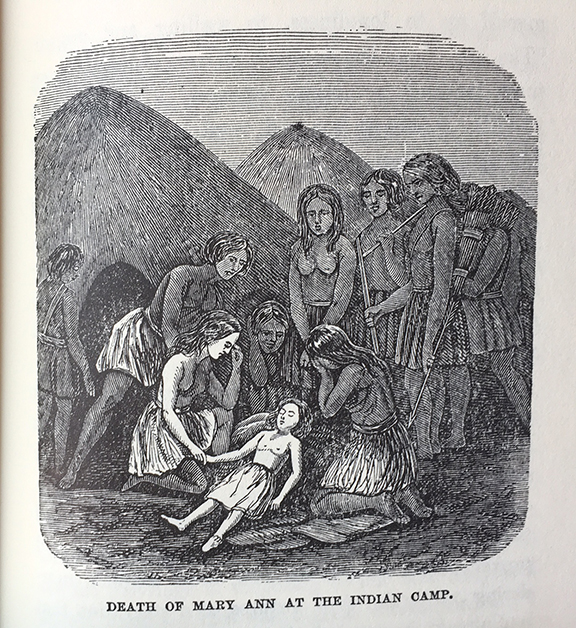 White girls (literally) among the In-dins.

But what most of us fail to appreciate is the degree to which five years of emersion and assimilation would do to anyone's appearance. Here is the vivid description of Olive's reception at Fort Yuma after five years of captivity:

"'Oh, I told you it was a parcel of Indian lies,' exclaimed the major as he saw the girl.

"'Look, here!' cried Carpenter, as he turned back her ear, disclosing the white skin behind it. "
—Susan Thompson Lewis, in her memoir, 1909

An officer at Fort Yuma thought she was a Mojave and only when her guide showed him the light skin behind her ear, did he realize she might be an anglo! That is certainly at odds with the portrayal in Stratton's book: "We are all prompted by the same motives, all deceived by the same fallacies, all animated by hope, obstructed by danger, entangled by desire, and seduced by pleasure."
—Samuel Johnson, 1750