April 19, 2017
I was somewhat surprised to learn that when Olive Oatman lived with the Mojaves, her home—she lived with the chief's family—was where Needles, California stands today. Somehow, I pictured her living closer to Beale's Crossing, which is north of there on the Arizona side, closer to Bullhead, as that is where much of the action takes place historically. Supposedly, the site of Olive's Needles home site was washed away in a flood early in the twentieth century. 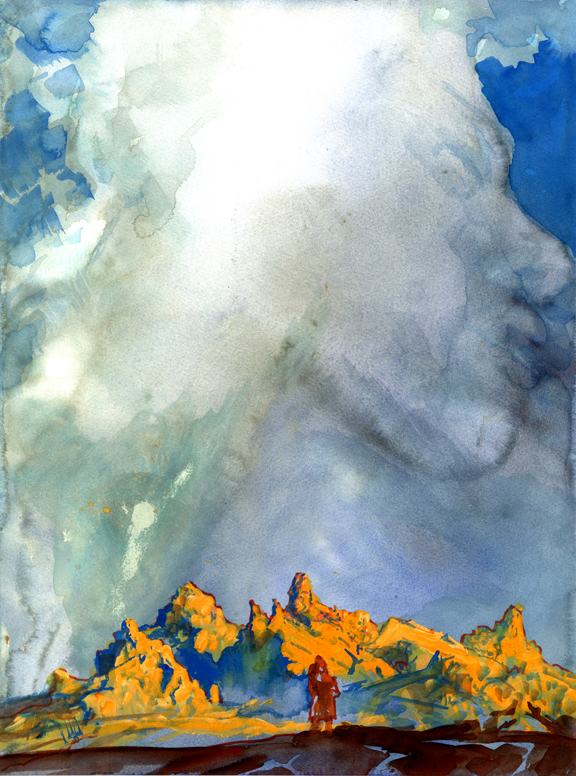 Daily Whip Out: "High Above The Needles."

This brings up a couple interesting questions: when Olive and Mary Ann arrived at the Colorado River from their first "home" with the Yavapais (probably near Salome, AZ), how did they cross the river? Did the Mojaves have a raft? I believe I read somewhere that Olive claimed she learned to swim while with the Mojaves and that the women threw her in the water and then guided her to shore and allowed her to relax and learn to stay afloat. This inspired me: 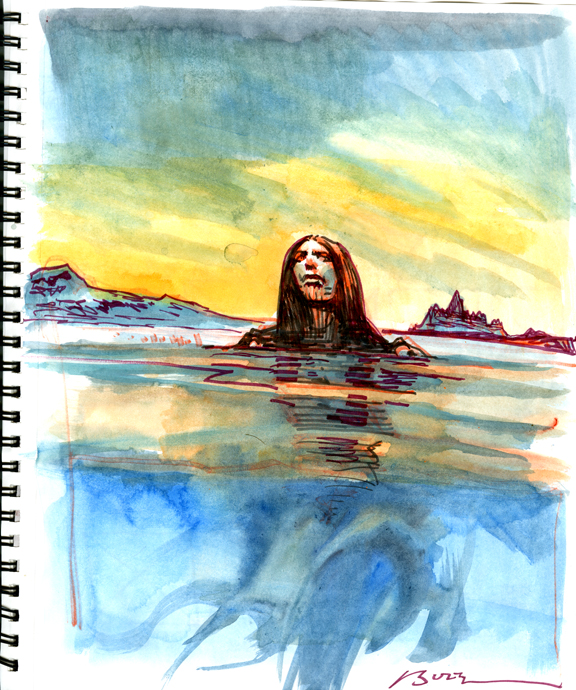 An Early Daily Whip Outer
Here's an early Arizona Daily Whip Outer who drew his way across the territory in the 1860s with a rifle across his lap. Looks like J. Ross Browne favored an artist's smock and a floppy hat on his plein air outings. Must have garnered some good natured ribbing from the scouts and prospectors. 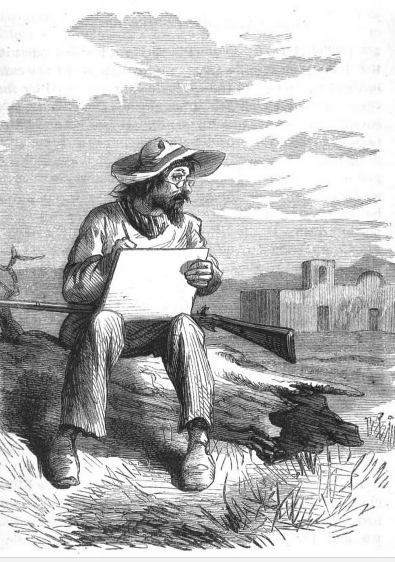 A self-portrait of J. Ross Browne drawing in the field

Browne drew the Oatman massacre site and the graves in 1867, plus he hung out with Charles Poston and some of the other legendary Zonies who knew the Oatman story first hand.

Two weekends ago, when Vince Murray guided me through the Gila River area, he took me to Agua Caliente (Hot Water springs) which is about twenty miles west of the Oatman massacre site. Vince told me he read somewhere that the Yavapais camped there on the first night with Olive and Mary Ann. I took a photo of the ridge where Vince thinks they camped, which is on a ledge above the wrecked cabins of the Agua Caliente Resort, which flourished through the 1920s, until irrigated farming in the area sucked the water table down and dried up the springs. 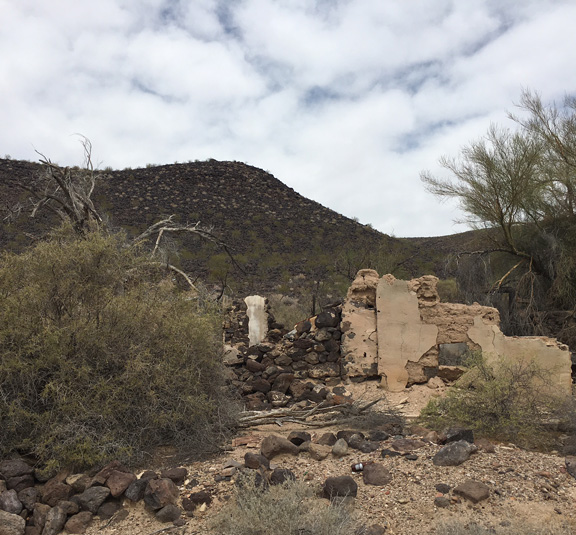 The ledge above Agua Caliente where Vince Murray believes the Yavapais
camped the first night after the Oatman girls were kidnapped.

Olive And Mary Ann at Agua Caliente?
Vince found the Sheriff Magazine and the article about the Oatman girls being at Agua Caliente. He quotes from J. Ross Browne's Adventures in Apache Country, "I could not but think, as [Charles] Poston, White, and myself sat bobbing about in the water, what an excellent mark we made for any prowling Tontos that might be in the vicinity. It was here that the Indians who had in captivity the Oatman girls made their first halt after the massacre of the family. The barren mountains in the rear, and the wild and desert appearance of the surrounding country, accorded well with the impressive narrative of that disaster."

"How do we preserve the humanity of our hearts among the upsurge of bestiality?"
—Stefan Zweig