April 5, 2017
Working on a story for the September issue which I am planning on turning into my next book. The Mojaves called themselves the Ah Macav, meaning "along the river." It was along the Colorado River, close to where I grew up, that this extraordinary tribe of In-dins bought two white girls from the Yavapai and raised them as their own. The story of how those two girls got there and what happened to them during their stay—four years—is fascinating and mysterious, to say the least. The key part of the story, to me, is just how native did the older girl go? 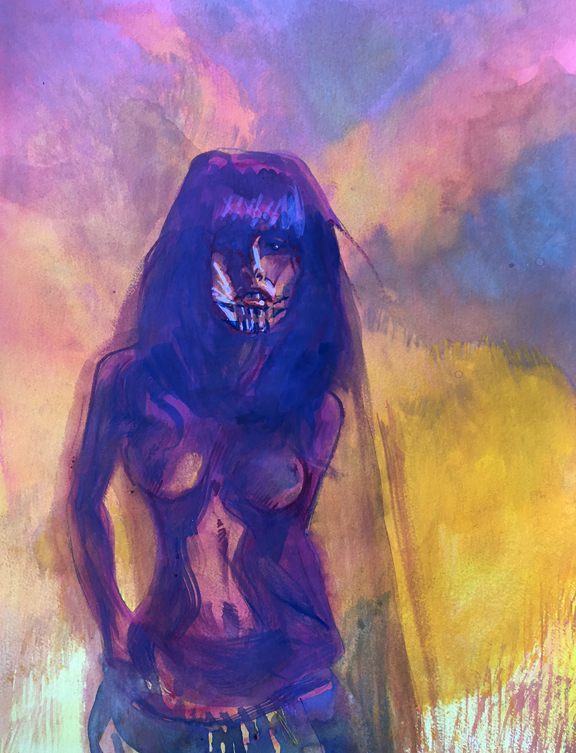 Perhaps the closest contemporary example of this is probably the Patty Hearst story. Both girls went to the "other side," then reversed their allegiance back into "polite society." The telling comment from Susan Lewis (nee Thompson) is that Olive "somehow shook one's belief in civilization." I take that to mean, she had very strong emotions about remaining with the Mojaves, and preferred at least some of their culture to her Christian one. But, unlike Hearst, Olive wore the evidence of this conflicted allegiance on her face for the rest of her life.

My goal is to somehow get into her heart and tell that story. Fortunately for me, Kathy is reading one version of her story ("The Blue Tattoo" by Margot Mifflin) and Kathy has profound insights that only a mother would have.

"Biography is a handshake across time, across cultures, across beliefs and across ways of life."
—Richard Holmes, "This Long Pursuit: Refelctions of A Romantic Biographer"
Posted by Bob Boze Bell at 11:43 AM