A Dozen Billys Coming At Ya' 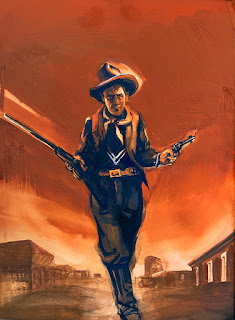 But, NO! I get obsessed on that little twit's visage and I sure can burn the candle at both ends of the canvas.

It all re-started with a sketch I did on March 20th, during a staff meeting to talk about upcoming issues. 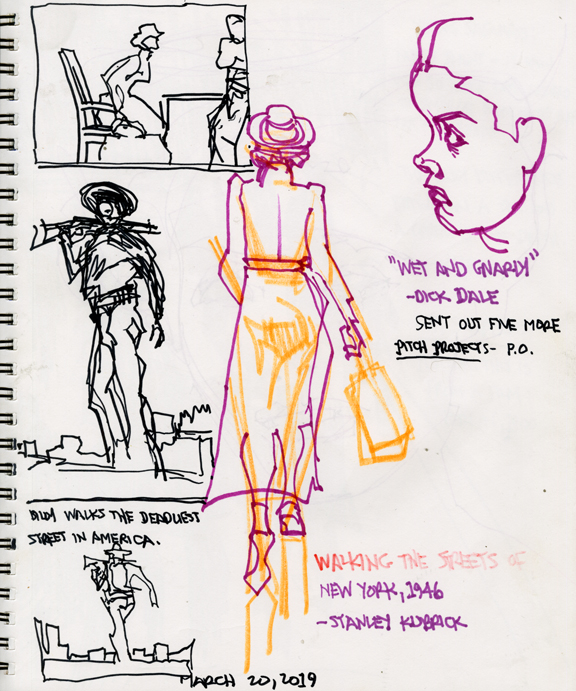 We had a placeholder cover which I did not like, so I doodled this as an example of what might be better. 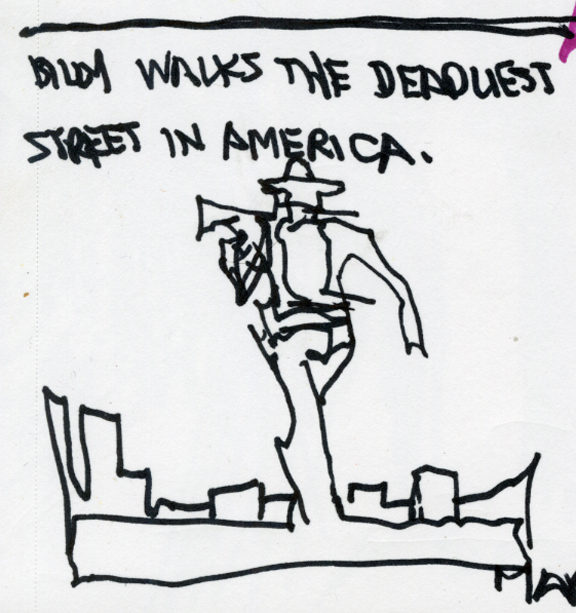 I love the looseness of this sketch and the cockiness in his walk—swinging his arm out wide to the side—and I thought it might make a good cover. Unfortunately, when I tried to capture the idea and expand on it, I got Daddy Long Legs Saunters Down The Street. 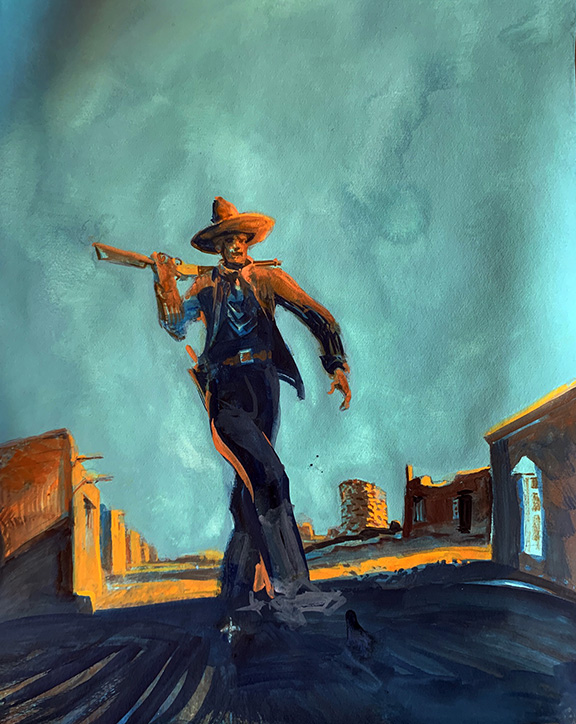 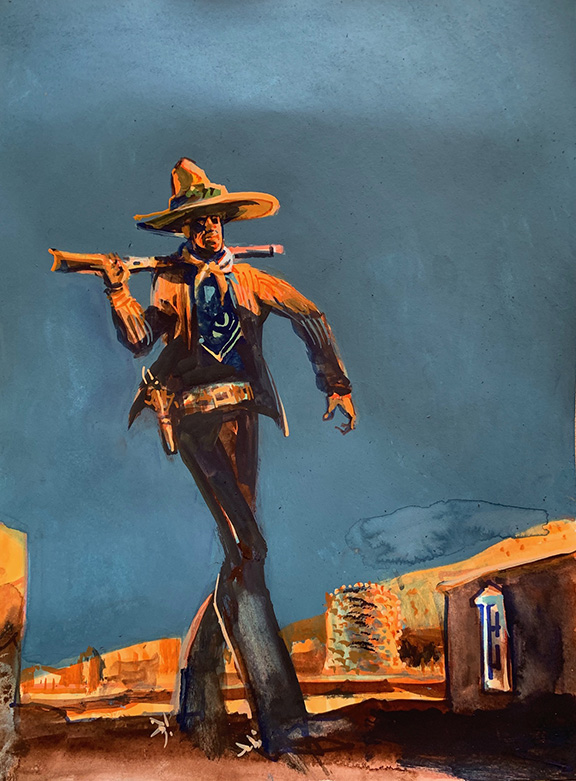 On Friday I decided to go in another direction and started this very ambitious piece on Saturday morning. 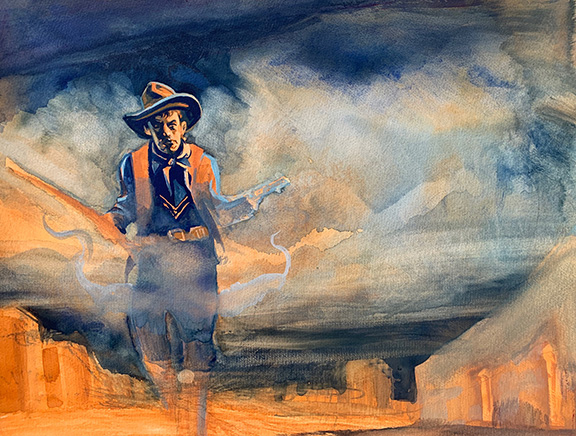 After lunch I realized I didn't like his face and hated the Lincoln buildings, so I decided to just concentrate on doing a Lincoln street scene before the pitched roofs. 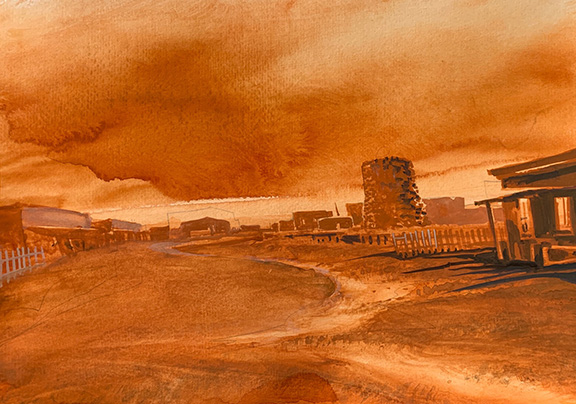 Not too bad. Thought I could improve on this and
I'm not sure I did: 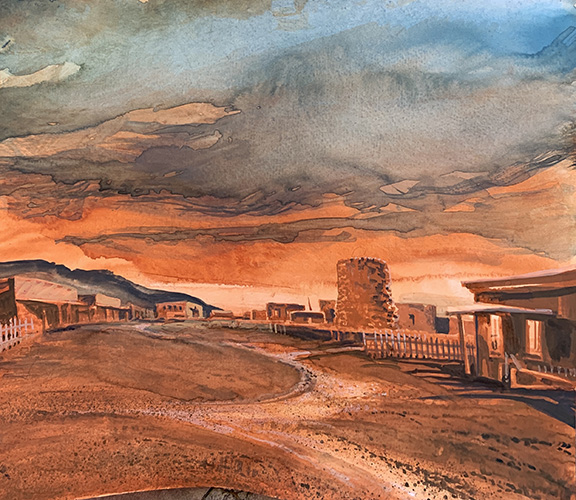 Started a different version of Billy Sauntering on Saturday afternoon. 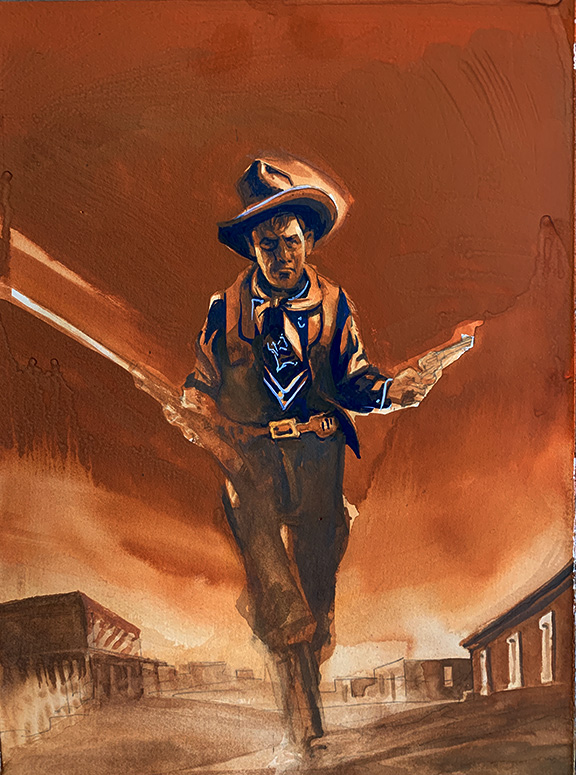 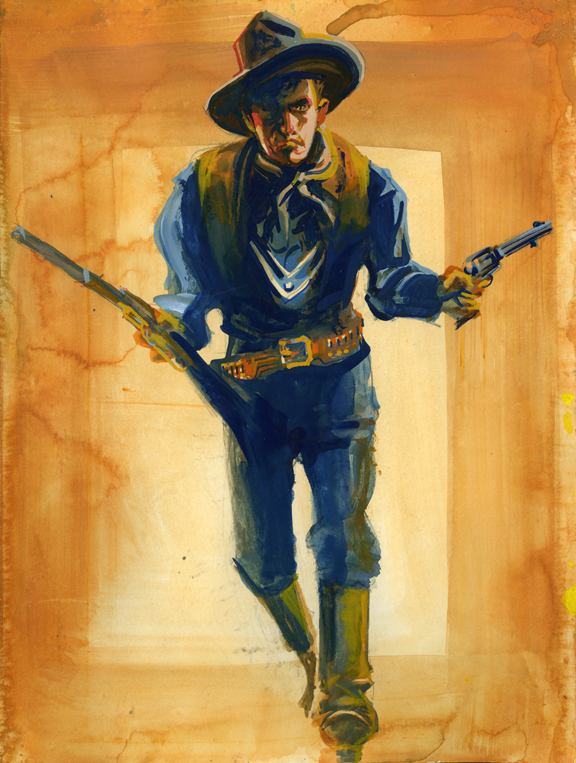 Still not right. Dang it!

Of course, I had excellent reference, so I really had no excuse. 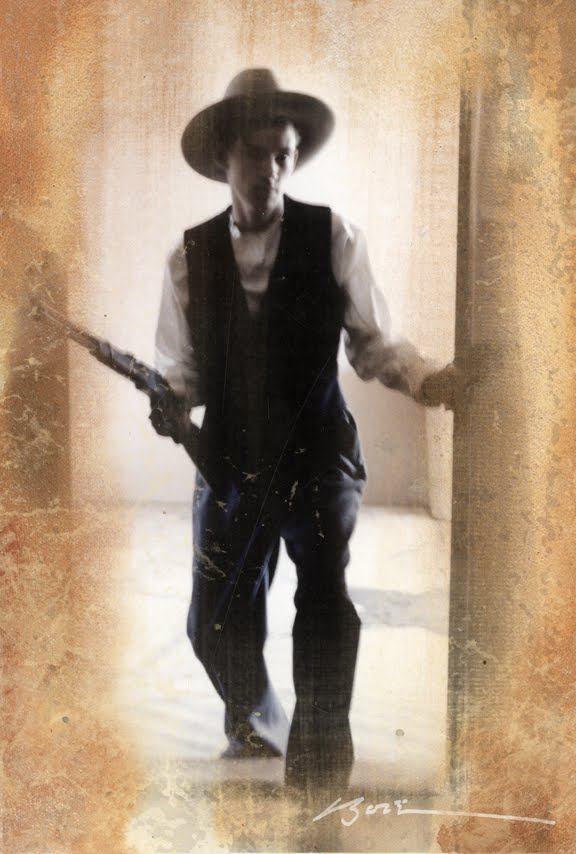 John T. Holbrook as The Kid

So, I sent some of these down to Dan The Man to see if he can save it all.

Okay, Dan gave it a thumbs down, commenting, "I think Billy looks like an old man with some toy guns."

Back to the drawing board. More results tomorrow.

"One of the signs of insanity is doing the same thing over and over and expecting different results."
—Old Vaquero Saying