April 20, 2019
Been painting like crazy today on Billy the Kid walking the most dangerous street in America. Results on Monday. Did this little study a couple days ago: 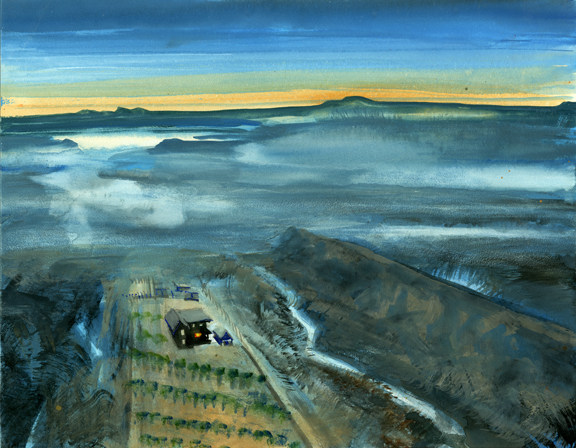 I got a newsstand report from our Albuquerque stringer about a sighting in Costco. 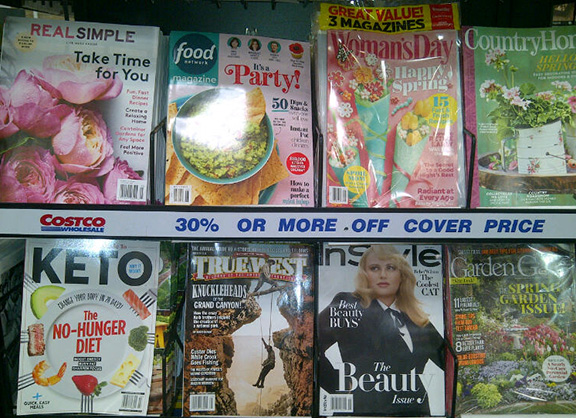 A weird combo of titles in there, but we'll take it. Thanks Paul Andrew Hutton.

Cleaning in my studio and ran across this old photo from the eighties at an event in downtown Phoenix. I think it was a Mexican food judging contest. 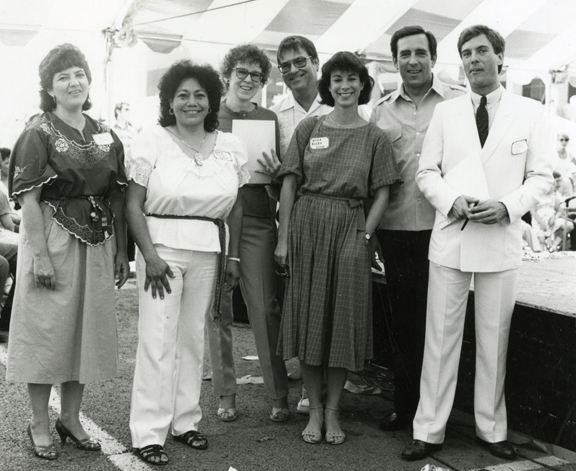 Okay, I sent this to Don Dedera to see if it jogged his memory and here is his reply:

"The occasion is etched upon my memory like a diamond wheel cutting on crystal.  We are pictured as judges in a downtown Phoenix food tasting event, circa 1987.  I have no explanation for your presence, but would question the credentials of  a dude raised near US 66 cafes advertising 'eats'  and 'good grub.'  On the other hand, I, following a childhood blessed with heaping portions of sow belly, fried green tomatoes, squirrel pie and peanut butter-and-grape-jelly-on-white bread school lunch brown-baggers, had graduated to universal fame as a chili cook/chili head.  (My 15 minutes of fame--creating a recipe for Endangered Whooping Crane Chili, when there were only 37 batches of that species possible in the world).  In a day when Arizona Highways can feature a xxxing hamburger on its cover, maybe TW should do a whole issue on chili, and I do not mean the Texas concoction made with 50% used transmission fluid and over-done beans.  Beans!  If you ever get to the bottom of the gunfight at the OK, the disagreement probably involved chili with or without beans.  By the way, you geniuses continue to label the famed corral the O.K.   Wrong.  It's a brand.  No periods.  And behind it all: diverse opinions about the staff of Gods."
—DD

While I appreciate and respect the solid memory of my 90-year-old mentor-editor, I do disagree with the O.K. Corral editorial edict. Why?

Mark Boardman reminded me that the original O.K. Corral in Tombstone had periods in the sign: 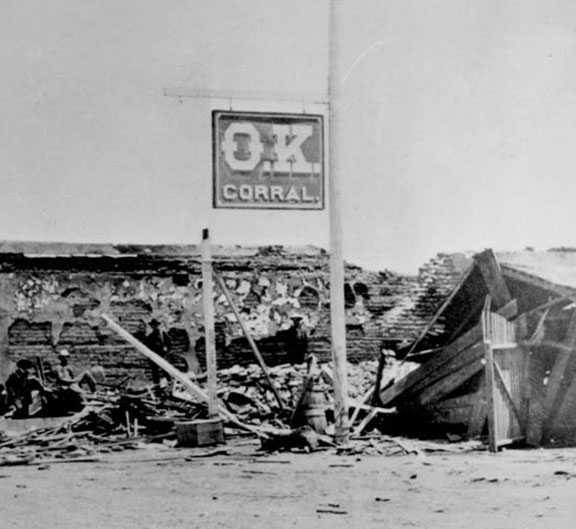 The Brand had periods. Period.

Had a weird flyover on Friday morning. 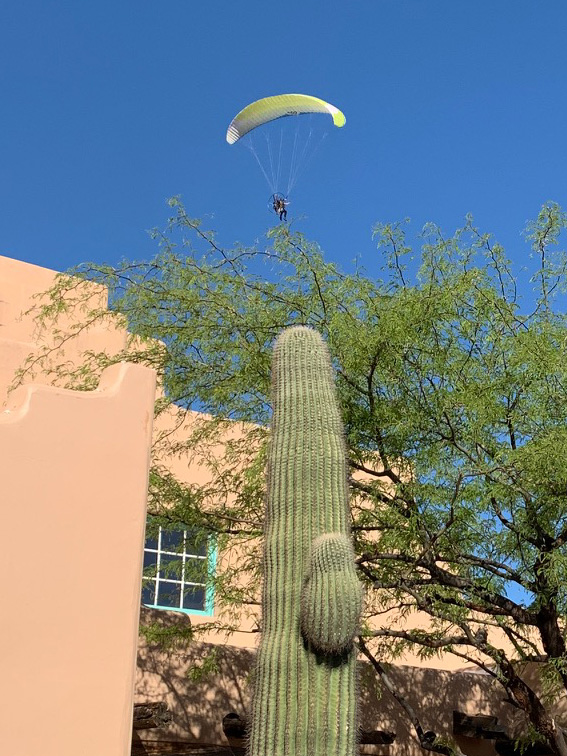 Yes, it looks like a tiny paraglider landing on our saguaro, doesn't it?

A sailer from San Diego met a girl who took him to a birthday party in Hollywood and he met all these famous actors and an astronaut, to boot. Over the years, he forgot the name of the girl, but he finally found my blog about the party and thanked me. It was this party:

"When you study history you realize people have been this stupid for thousands of years."
—Old Vaquero Saying
Posted by Bob Boze Bell at 12:44 PM