Sketching And Repurposing Reference Photos for The Deadliest Street In America

April 17, 2019
This morning we started working on the July issue and to illustrate the cover story on The Deadliest Street In America, I went through my extensive reference photo files in the studio to look for images that might work to enhance the coverage. The basic premise of the article is that some fifty people died on the lone street of Lincoln, New Mexico in the 1870s alone! And thanks Tim Roberts and Scott Smith, we are going to give you a shot-by-shot walking tour of all the tragic accidents, senseless violence and questionable examples of frontier justice. 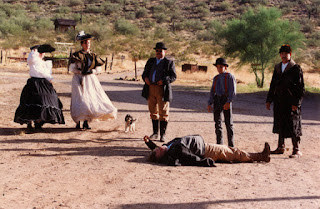 So, as mentioned, this morning I found a typical reference photo, above, which I took for the Killing of Chapman (who was one-armed and unarmed). I shot this photo out at Pioneer Living History Museum at a session there in 1991. The models were all volunteers but I always tried to gift them original drawings or paintings and I also gave them credit in the back of "The Illustrated Life & Times of Billy the Kid," (1992).

Also back in 1991, I took my second trip to Lincoln. I flew into El Paso and rented a car and drove up the back way through Orogrande, where I stopped at an antique store and found two authentic props: a broken Colt Thunderer pistol and a pair of old shotgun chaps. When I got to Lincoln, I immediately heard about a 21-year-old kid from Florida—actually, a tennis pro—who was hanging around town and who everyone told me, looked quite a bit like Billy the Kid. His name was William H. Cox, and they were right. 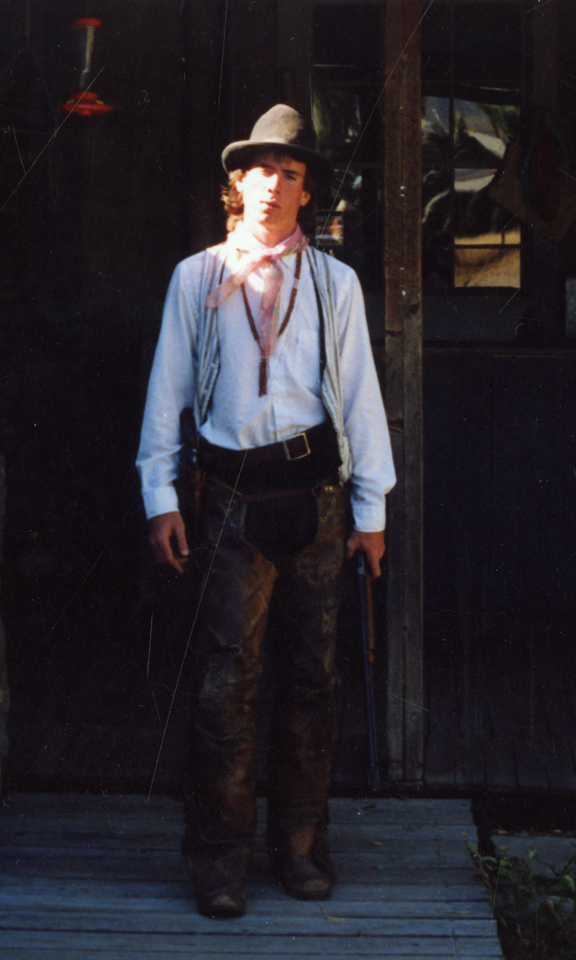 He wasn't hard to find because Lincoln has all of 55 people living in the city limits. We hit it off and he was up for re-enacting scenes, so he tried on the chaps and I paid him $100 and we were off to the races. I had prepared a shot list of scenes I wanted to illustrate and as we walked around town re-enacting various scenes, I noticed that lots of people were paying attention. For example, we were shooting in the street in front of the Tunstall store—doing scenes for the Brady Shooting—and we got out of the way for a big Winnebago coming down the street. As the big beast lumbered by, I happened to look up and the driver was pointing and saying to his wife—I could easily read his lips—"Look, Honey, it's Billy the Kid!"

So, here for your viewing pleasure is the first patina treatment on my reference photo: 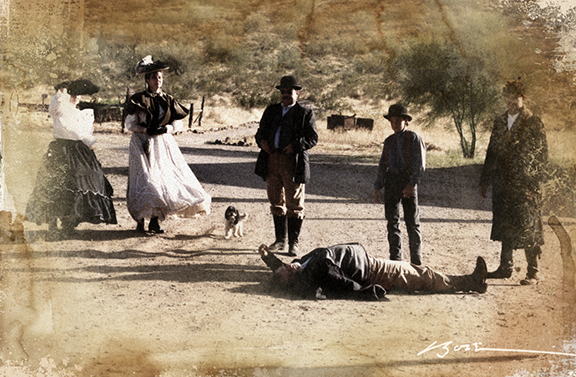 Those dresses might be a tad late for 1878, but hey, it's close enough for government work. 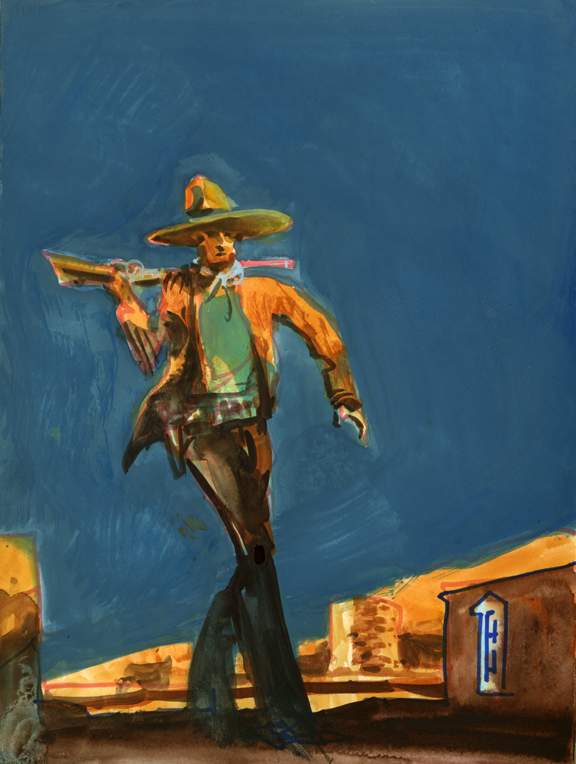 Daily Whip Out:
"Billy the Kid Walks The Deadliest Street In America #1" 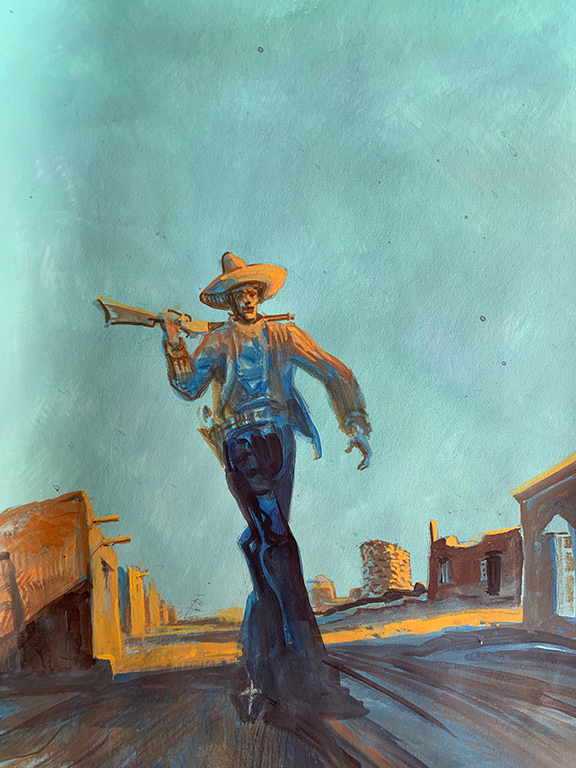 Daily Whip Out:
"Billy the Kid Walks The Deadliest Street In America #2"

"I know lots of people who are educated far beyond their intelligence."
—Lewis Grizzard
Posted by Bob Boze Bell at 3:08 PM