The Other Woman In Denison, Iowa: "How She Loved Him."

April 15, 2019
I love old illustrations and avidly collect them for inspiration, mostly. I am the proud owner of a copy of The Illustrated Police News, from June 8, 1876.

The date is significant to me because it means that members of the Seventh Cavalry and Custer himself could have read it, as well as members of the James-Younger Gang before their ill-fated bank withdrawal in Northfield, Minnesota in September of 1876.

Widely circulated, this is what all of above mentioned guys would have seen on the newsstand: 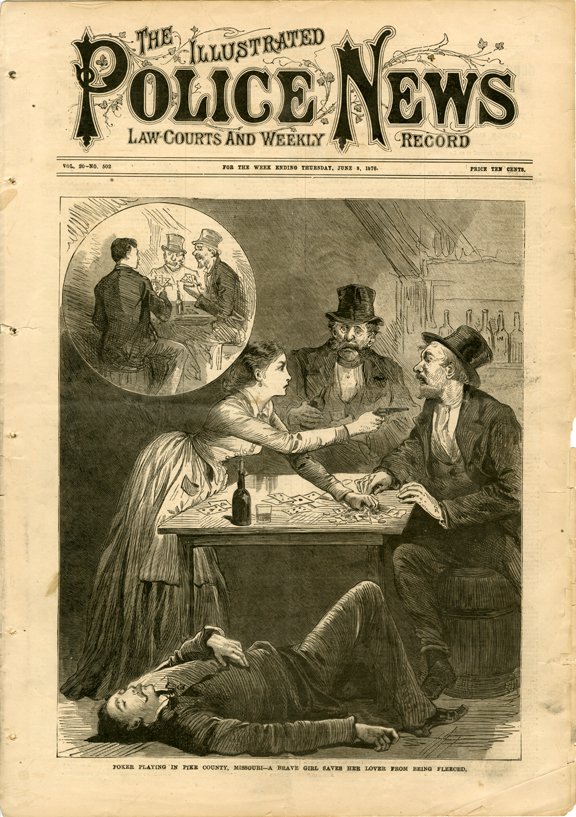 Meanwhile, inside, we get a bizarre collection of "Matrimonial Troubles" and an "Assault Upon Two Girls." The latter is illustrated thusly: 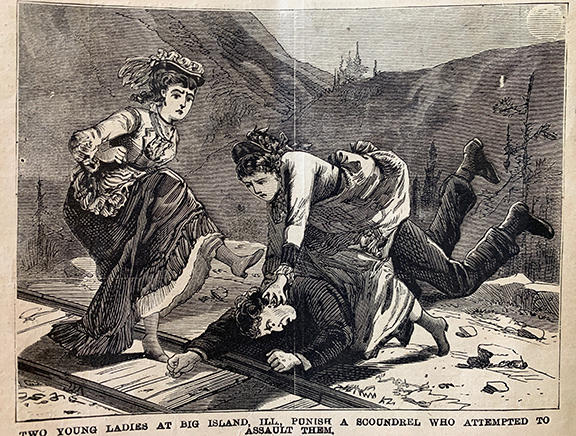 The above ass kicking is dated May 15 and placed at Rock Island, Illinois. Apparently, two "young ladies" were "going home from prayer meeting" when they were assaulted by a "despicable coward." Although he tried to rip at her clothes, "the other girl" seized him by the "hair and whiskers" and "jammed his head into the sand. . ." From there the other one got up and "together they held his nose in the sand and scratched his face and neck and removed his whiskers in small quantities." After threatening to cut his throat with a pocket knife the "cowardly scamp" fled. The newspaper then gives the girls kudos, saying proudly, "Good for the girls!"

On the back page is this fine illustration, purporting to show a love triangle taking place in Denison, Iowa, of all places: 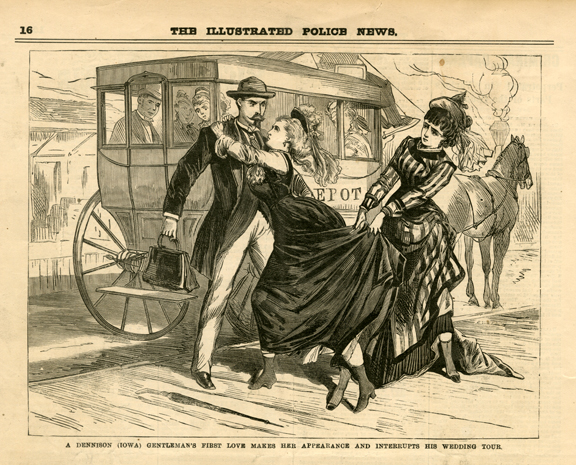 A Denison, Iowa Triangle Gets Trippy

"Looking back over a lifetime, you see that love was the answer to everything."
—Ray Bradbury