April 5, 2019
Yesterday it was announced that the pistol that killed Vincent van Gogh will be auctioned. Here is my coverage of the pistol and where it was found: 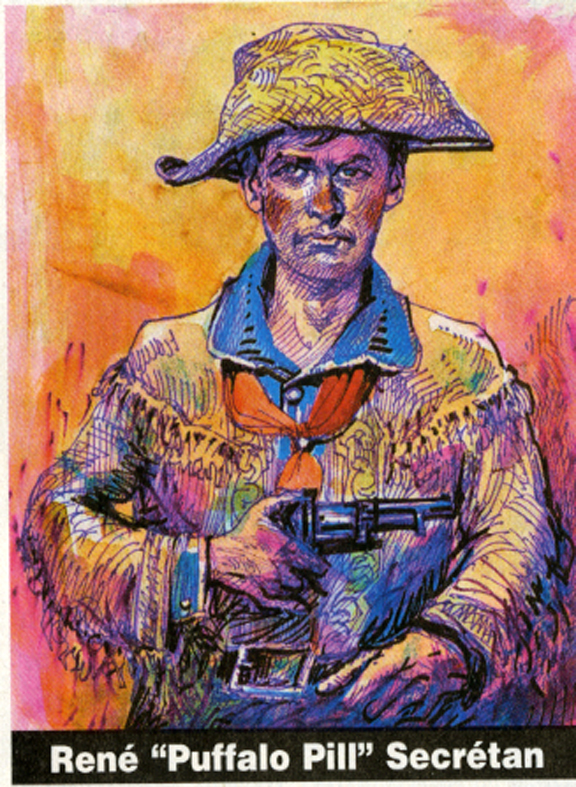 Yes, this is my take, above, on the Paris Punk who probably shot Vincent.

Four years ago, Dan and Darlene Harshberger joined Kathy and I on a quest to find out where and how Vincent van Gogh actually died. We traveled to Arles in the south of France and we also hit the insane asylum outside San Remi, but the key location is 40 miles north of Paris where van Gogh died. 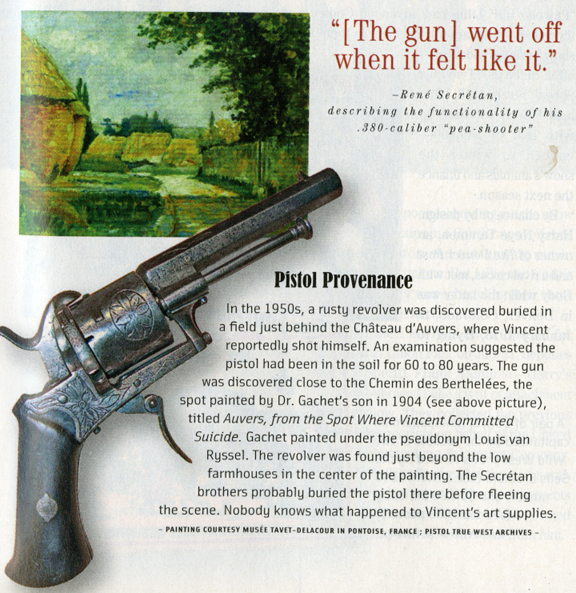 We ended up there because a new biography on my favorite Dutch painter claimed that van Gogh did not commit suicide, but was accidentally shot by a Buffalo Bill wannabe! Wow! I had to investigate THAT! All of my research ended up in the March 2016 cover story in True West magazine. 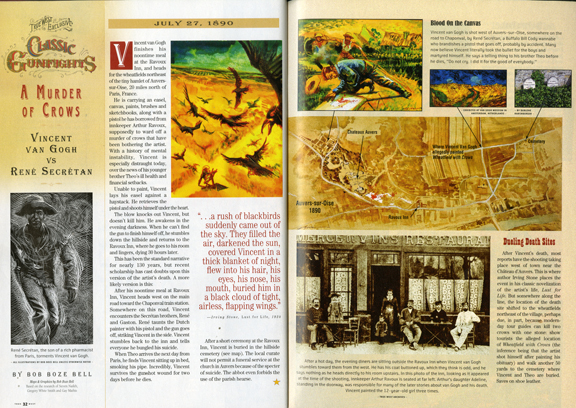 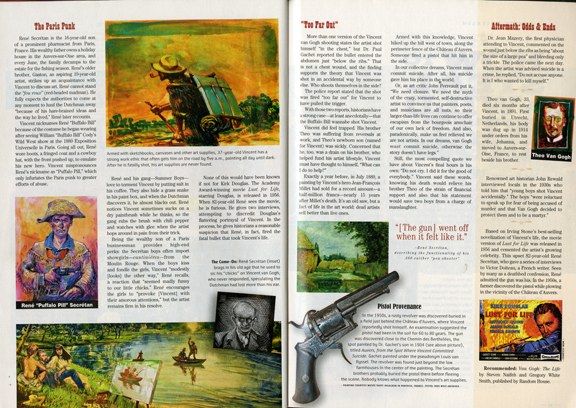 The Death Pistol Found In A French Field


Fun Fact
If you Google "Rene Secretan" and click on images, there are 10 of my paintings on the first page. 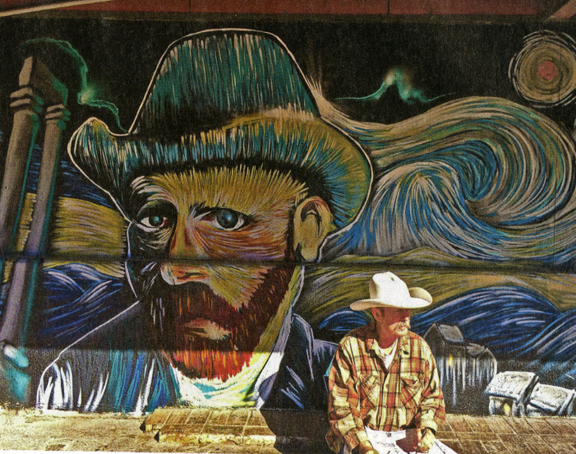 Triple B sketching in Arles,
photo by Darlene Harshberger

As for the debate between suicide and homicide:
"Myth is all. Suicide makes a better sales point than death-by-yokel."
—Observation by One Who Knows


"Now I think I know, what you tried to say to me and how you suffered for your sanity and how you tried to set it free.  They weren't listening, they're not listening still....perhaps they never will."
—Don McClean, "Vincent" on the American Pie album
Posted by Bob Boze Bell at 3:04 PM