We Were Dead Wrong About Deadwood!

April 9, 2019
“Nobody who loves Westerns is going to watch this awful show!” That was the first report I got from someone who worked on the set of this HBO unreleased TV show, in 2003. 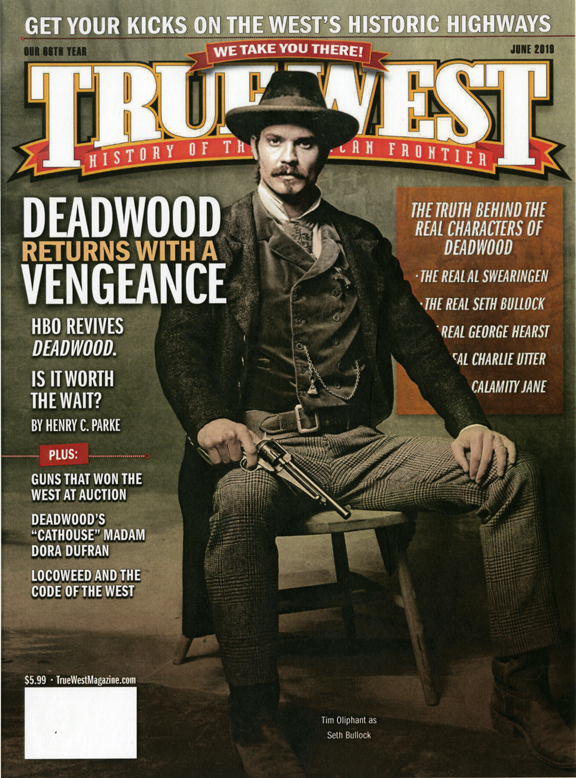 A sneak peek at our June cover

At the time we were hot on the trail of a slew of new oaters in production, “Get Ready for a Bonanza of New Westerns!” (Feb-March 2003). 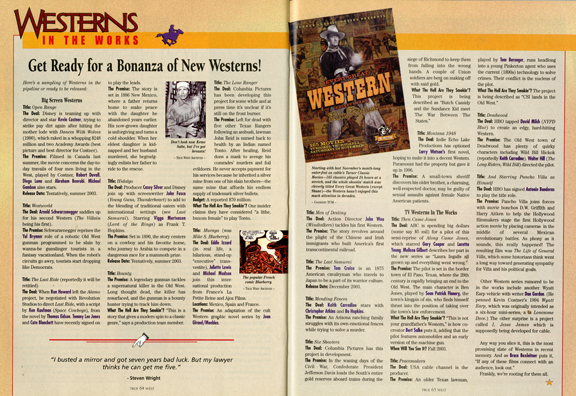 The doubletruck spread included: "Open Range," "Westworld" (with Arnold Schwarzenegger attached as a remake of the original Yul Brynner vehicle), "Hidalgo," "The Last Samurai, " "The Lone Ranger" (with "a lithe, buxom female" as Tonto), "And Starring Pancho Villa as Himself," along with a whole bunch of projects that sank like a stone: "The Peacemakers," described as "CSI lands in the Old West."

Of all those hits and misses absolutely nobody in my circle thought "Deadwood," stood a chance of connecting with our audience.

We were dead wrong.

The show became a huge success and pumped new life into a tired genre. Kathy, who generally can't stand Westerns was glued to our TV set. When I tried to remind her she was watching a "Western," she shushed me and kept watching week after week. I finally got her to admit it was the moral complexity of the characters and the language that captivated her. Someone later dubbed it as "Shakespeare in the mud."

That's not to say everyone in our world loves the show. I was at a Golden Boots Award gala in 2004 when the audience stood to congratulate many of the actors from the HBO show seated at a nearby table, and the guy next to me refused to stand, or even applaud; "I hate that show and everything it stands for."

He was a Texan who owned Bracketville, the movie set site of John Wayne's "The Alamo".

Last summer I finally made it to the actual town of Deadwood and I was not disappointed. 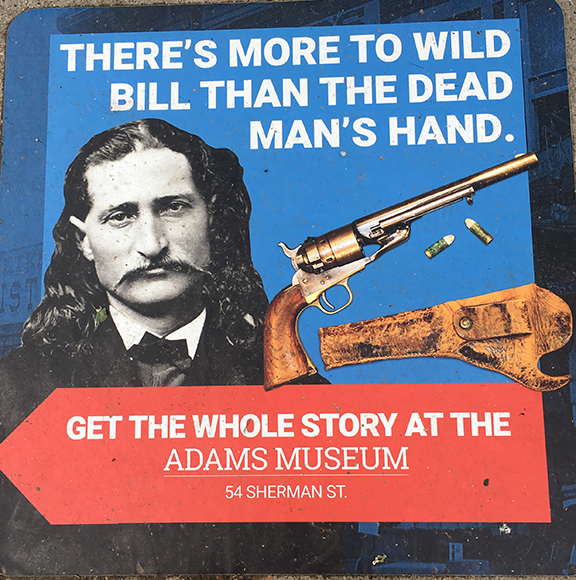 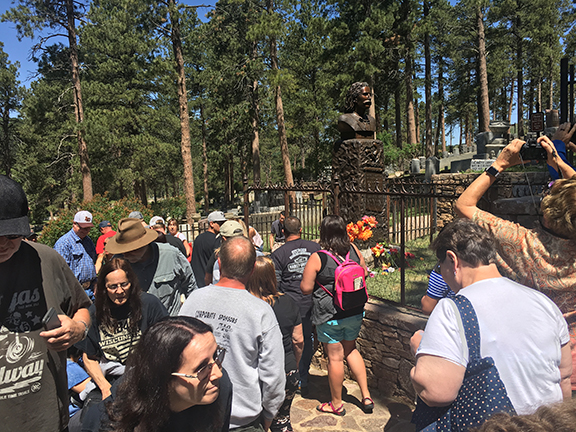 The crush at Wild Bill's grave.

In fact I am going back this summer for a book signing at the Adams Museum on June 14. 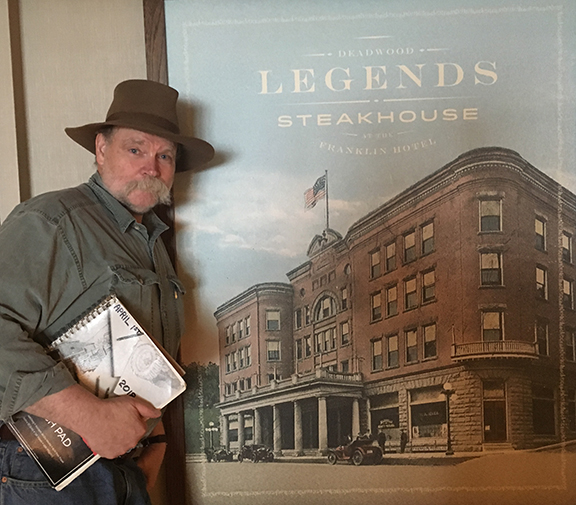 Jim Hatzell, above, who lives in Rapid City, South Dakota, acted as my guide and we traveled all around the historic area. Jim was involved in "Dances With Wolves" and many other film projects filmed in the area. He's also an artist and keeps a sketchbook. We had fun comparing notes and doodles.

The thing I love the most about Deadwood, the town and "Deadwood," the show, is that there is room for both. And even though the language on the show is pushed a tad too far for my tastes (Pete Dexter, the author of "Deadwood" who many believe created the DNA for the show, claims that HBO encouraged David Milch to push the "mo-fo" swearing angle because it had worked to such a great effect on "The Sopranos.") they rolled the dice and took a shot. And. . .

They were right. It worked. 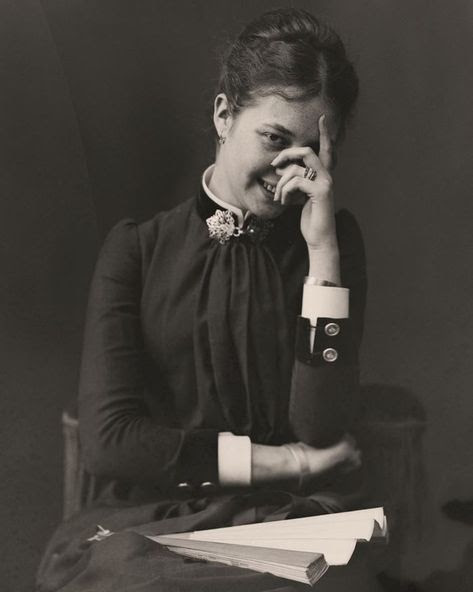 "The joke on the set was we were doing 'Sex in The City' meets 'The Sopranos' in 'Deadwood'."