A Truckload of Honkytonk Sue Guts

Found two rare photos while looking for something else this morning. They involve the publisher of the Prescott Courier, Charlie Waters, who, back in 1978, printed the guts of my first Honkytonk Sue comic book by running 5,000 copies early in the morning before they ran the Courier newspaper and then he charged me his cost ($800 and change). That's me at left and Charlie, at right, at press check: 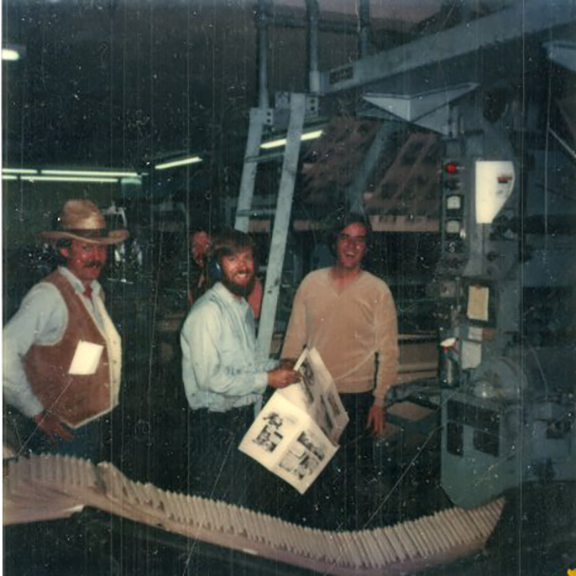 Press Check, 1978 at the Prescott Courier
After the guts were printed, Charlie's crew loaded everything out the back door and into the bed of my F-150 Ford pickup and here I am sitting on the tailgate with a ton of paper. 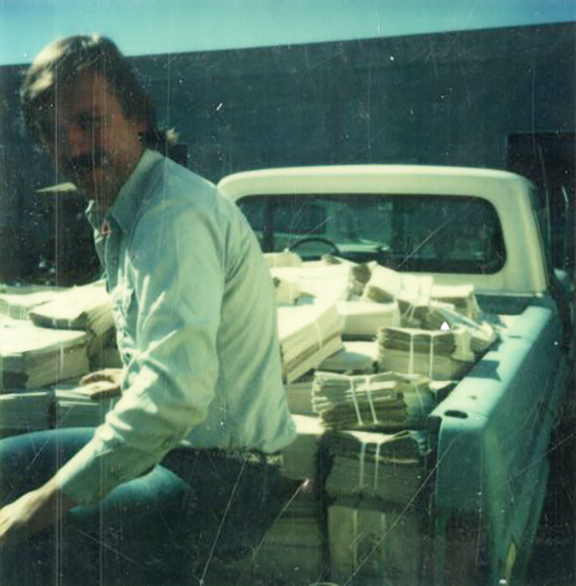 A Truckload of Honkytonk Sue Guts
The Courier printing press operation was right across the street from Murphy's (the restaurant) and when I was in Prescott last week prepping the Phippen art show, the memories all came rushing back. I remember on the trip home, I was coming off of Sunset Point and my brakes started to smoke and the truck swerved with the heavy overload. That was a pucker moment!
I survived the failing brakes moment and drove the guts over to Central Binding who then collated it all with the four-color cover which I had printed at Messinger Graphics in Phoenix. 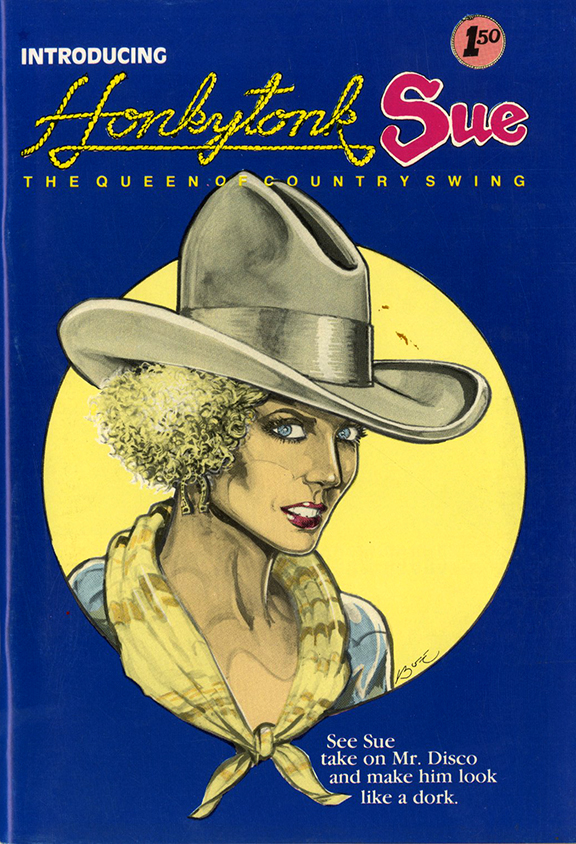 Honkytonk Sue No. 1 Hot Off The Press
So what was between the covers, that Charlie printed? 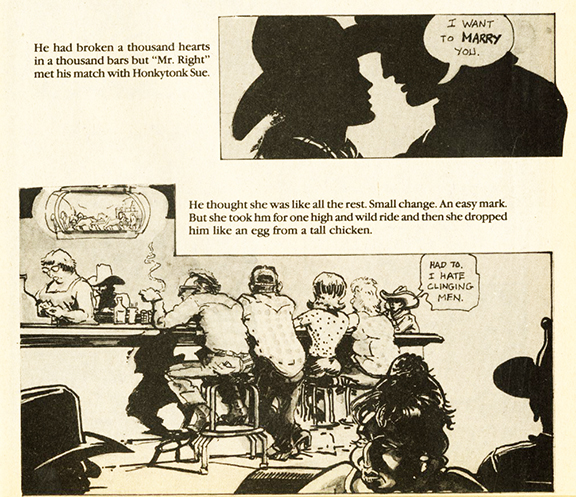 A Taste of the Guts Inside
What a great memory. What a great friend. Miss you Charles Richard Waters. You were the best.
"Thank you for giving us at last a female counterpart to the Marlboro Man, Dirty Harry, and all the other machismo myths that roam the earth unchallenged."
—Sandy Lovejoy, June 17, 1978