Most watchdogs don't demand a chair to guard the home turf, but Uno is a little more progressive. 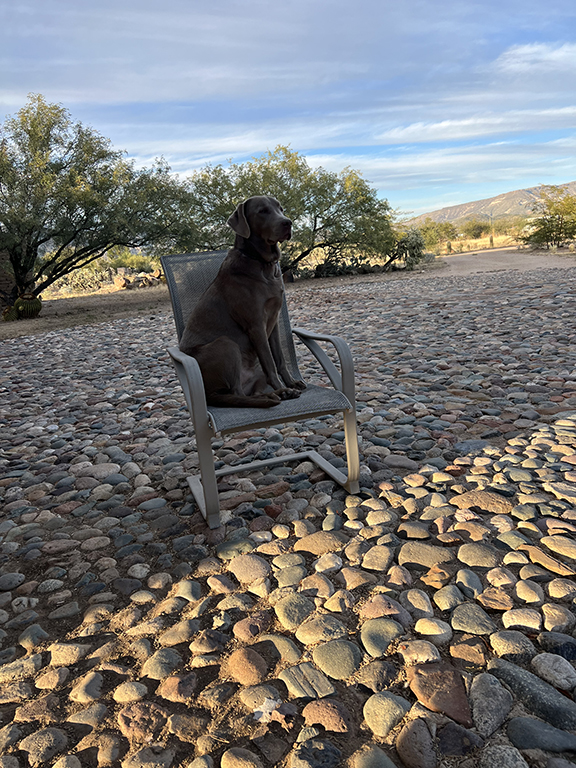 Chairman of The Bored

Uno prefers comfort and a little height to see over the bushes. And, by the way, tomorrow is the boy's second birthday and we are going to celebrate with all the things he loves: multiple naps and being fed on time, PLUS a rousing chorus of "He's a good boy!" It doesn't get any better than that, to a dog. Why?

"Because, every day is Christmas Day to a dog."

Speaking of having a good attitude, I just finished the second 6-Minute Diary last night and I have to thank my daughter, once again, for being so thoughtful and sweet for gifting it to me. It really changed my life, proving for the umpteenth time that "happiness is a choice that you make and a skill that you develop." I am so grateful for all I have and I'm even more grateful for the stuff I didn't get but thought I wanted when I was her age!

We're working hard on the January issue and here is a sneak peek behind the curtain. Get ready for:

From the True West Vault 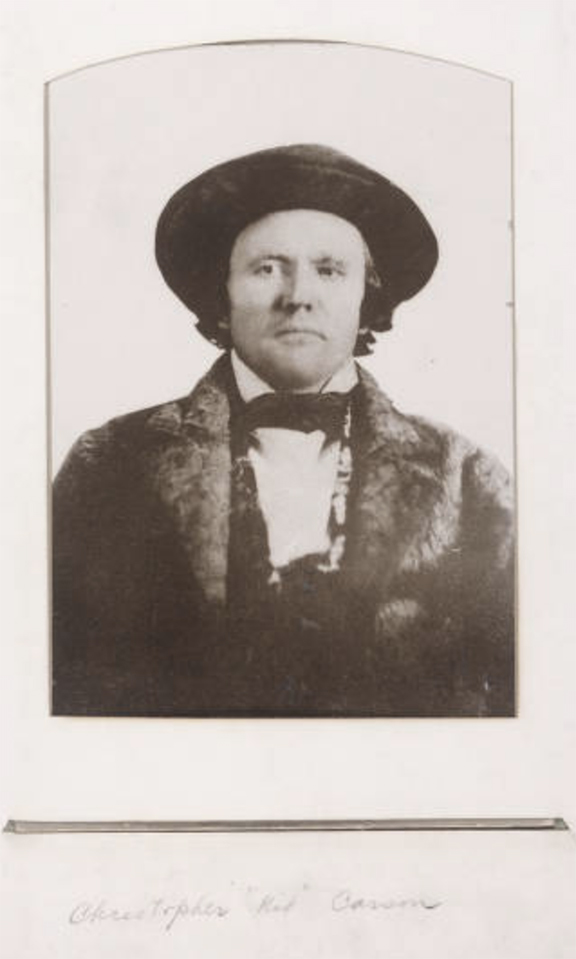 And, then we will have the scholarship behind it:

"Kit Carson in a beaver hat circa 1860 when he was an Indian Agent for the Mohuache Utes, Jicarilla Apaches, and Pueblos. Carson authority Harvey L. Carter thought this an early daguerreotype made around 1854, but Smith Simpson, who worked with Carson at the Taos agency, claimed it was taken in 1860. Carson's fullness of face is similar to another 1860 photograph of him. Carson was seriously injured in a horse fall in the San Juan Mountains in October 1860 and thereafter appeared  much thinner. The injury resulted in an aneurism of the aorta which pressed against his trachea and caused considerable distress. It finally burst on May 23, 1868 at Fort Lyon, Colorado, killing him."

And, of course, some of the scholarship will be rather petty and personal. 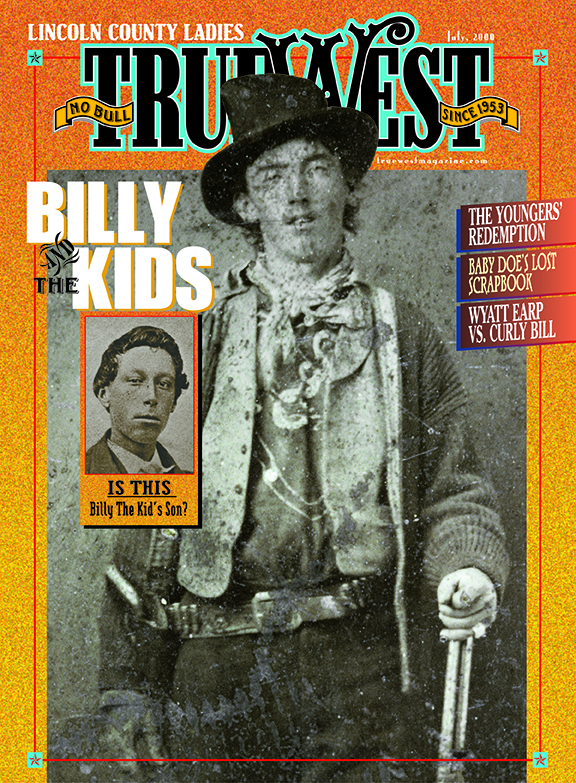 "I have spent way too much time looking at this crappy photograph. One of my historian friends quipped that studying the image is like looking at enraged mud turtles. So much noise—mud!—so little clarity. And, besides, the hat is totally wrong, his jaw is unhinged (a bend in the tin at that point doesn't help) and his sweater is two sizes too big. How could such a bad photo be so good? Beats me, but I do love it in spite of all the flaws. Here's looking at you Kid."
—BBB
Posted by Bob Boze Bell at 3:54 PM