November 30, 2015
Finished a stagecoach scene this morning before I came into work. 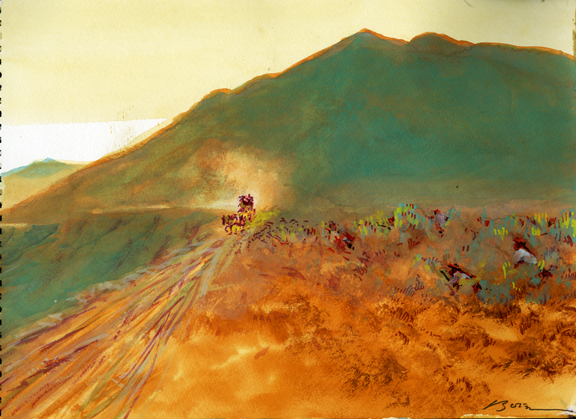 This notorious spot in Graham County, Arizona is where Apaches attacked a Mexican freight team in 1882 and then seven years later a group of local Mormon farmers attacked an army payroll company (known in Arizona history as "The Wham Payroll Robbery"). There are six attackers lurking in the bushes in the painting. See 'em?


Meanwhile, here's a sneak peek at a feature we're putting together for the next issue of True West: 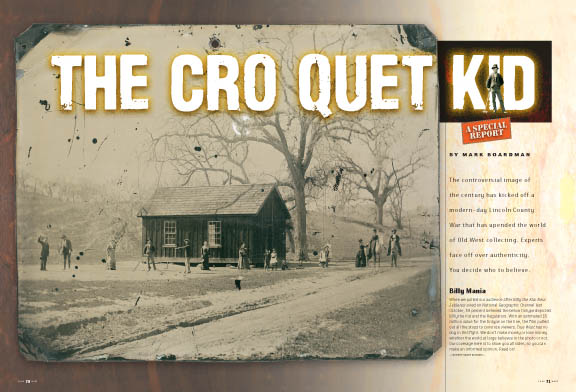 Dan The Man's layout: the space in Cro-quet is for the center fold contraction.

Gonna be a big sucker. 12-pages, plus a four-page Classic Gunfight on the killing of Bernstein at Mescalero by an element of the Regulators. Goes to press this Thursday. 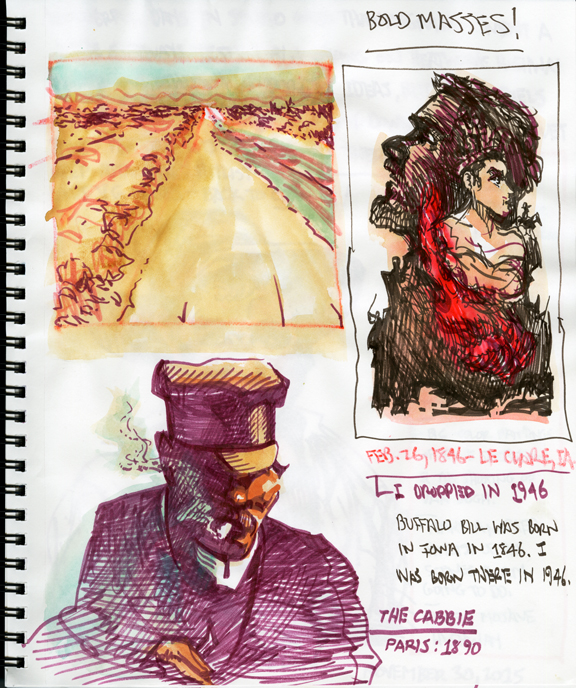 Got the Paris cabbie from a photograph I saw while in Paris in September. Dig the big cig.

Watched the 12-part travel doc "Tony Robinson's Wild West In 3-D" last night and discovered that Buffalo Bill was born in Iowa in 1846. Hmmm, and I dropped in 1946, in the same state. Some symmetry there.

"I want to paint men or women with that something of the eternal which the halo used to symbolize, and which we seek to convey by the atual radiance, by the vibration of our coloring."
—Vincent van Gogh