April 14, 2016
In our collective memory—especially among Baby Boomers—Frank Hamer is the villainous and dastardly lawmen who mowed down Bonnie and Cyde in the 1967 film starring Warren Beatty and Faye Dunnaway as the love struck outlaws. In the movie version, Hamer (portrayed by Denver Pyle) is captured by the gang and humiliated, and he kills Bonnie and Clyde in revenge. Of course nothing could be further from the truth. Frank's widow, Gladys (Hamer died in 1955) sued Warner Brothers for defamation, invasion of privacy, and unauthorized use of Hamer's name. It's kind of incredible that Beatty and crew didn't bother to simply change his name, opting, instead, on a revisionist —and definitely defaming—take on an honorable and exemplary peace officer. The studio fought the lawsuit, but when Gladys' lawyer, Joe Jamail, insisted on taking Warren Beatty's deposition, the studio folded and paid $20,000 for a settlement. 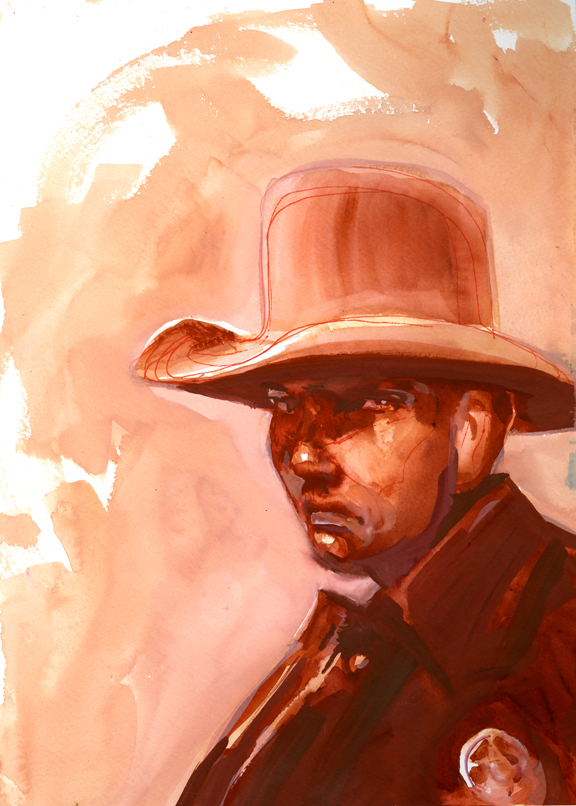 
Chump change, really, and, unfortunately, this ridiculous caricature of Hamer has persisted until the present day. All this may finally change, because my good friend, and author, John Boessenecker, is coming out with a new book "The Epic Life of Frank Hamer" (all of the above detail about the lawsuit and movie is from the book) and we are featuring the incredible lawman on the cover. As a matter of fact, we are debating over the right cover. Here are the two finalists: 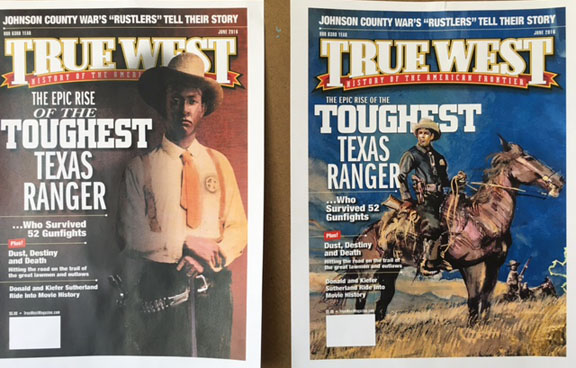 The latest contenders (Dan has done 17, so far)

I'm leaving for Yuma at noon. This evening, our book editor, Stuart Rosebrook, and I are introducing the film "3:10 To Yuma" at the Arizona History Convention. When I asked Stuart about getting together as soon as I get there, I asked, "If I leave Cave Creek at noon, what time will I get there?" Without missing a beat, Stuart said, "At 3:10." Perfect.

"In the landscape of extinction, precision is next to godliness."
—Samuel Beckett