April 12, 2016
Working on a couple deals. Had a cover blow up on us. Nobody likes it. Went home for lunch to try and capture Frank Hamer's head. Over worked it, but here's the basic idea: 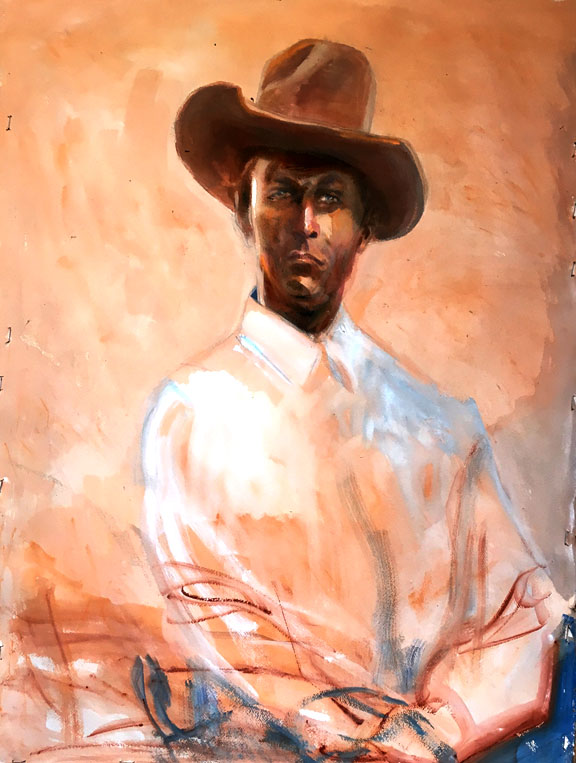 I've taken a couple runs at the guy. He's rather baby faced, especially for a guy who claims he was in 52 gunfights. 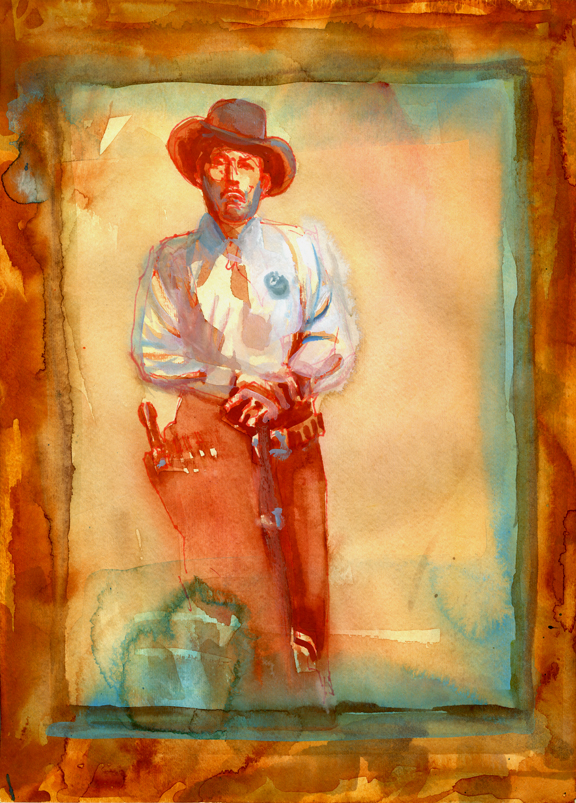 Daily Whip Out: "Rangers With Hamer, On The Hunt" 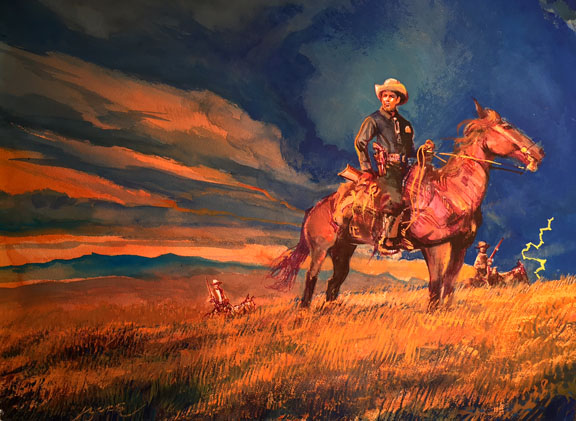 Daily Whip Out: "On The Border With Hamer"

Also working on the second draft of our Mickey Free story. My goal is to do six drafts. Learning a ton about plotting. Mainly this:

"Let's not destroy a good story with the truth."
—Old Vaquero Saying