April 23, 2016
He's a bad boy off-roader, shredding through the tall grass and taking no prisoners on his Strider bike: 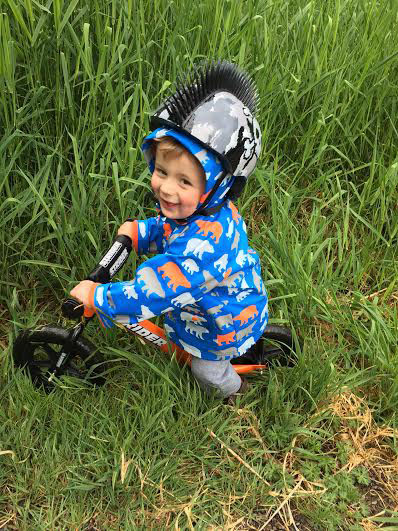 Weston Allen Catching Air In The Tall Grass in Seattle

He's not even three but nobody gets in his way, unless it's a bug, or something else that stops his forward movement. 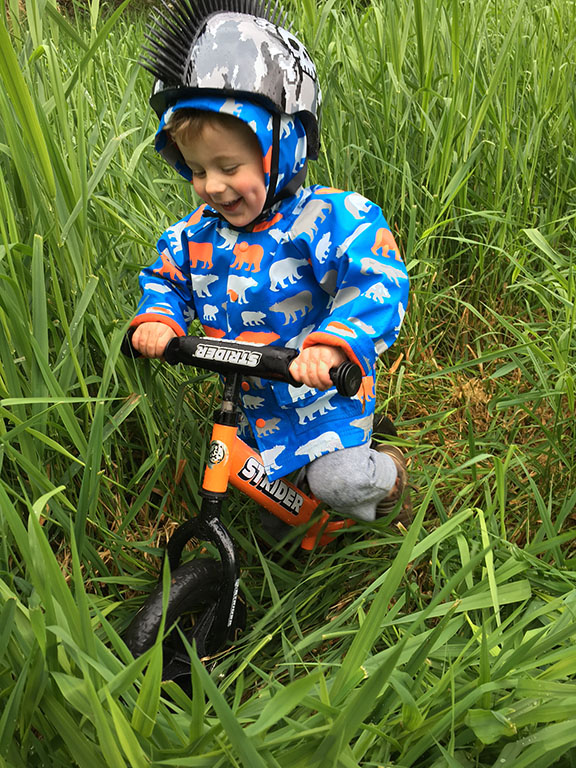 "That's all right grandpa," the mohawk helmeted rider said with some gravitas.

"It's a wise man that knows his grandfather."
—Old Vaquero Saying