In The Land of Pronunciation, Idiots Rule

April 21, 2016
One of my pet peeves is the mangling of proper names by locals, as in the goobers who live in Thoreau, New Mexico, who insist on pronouncing it as "Threw." I kid you not. 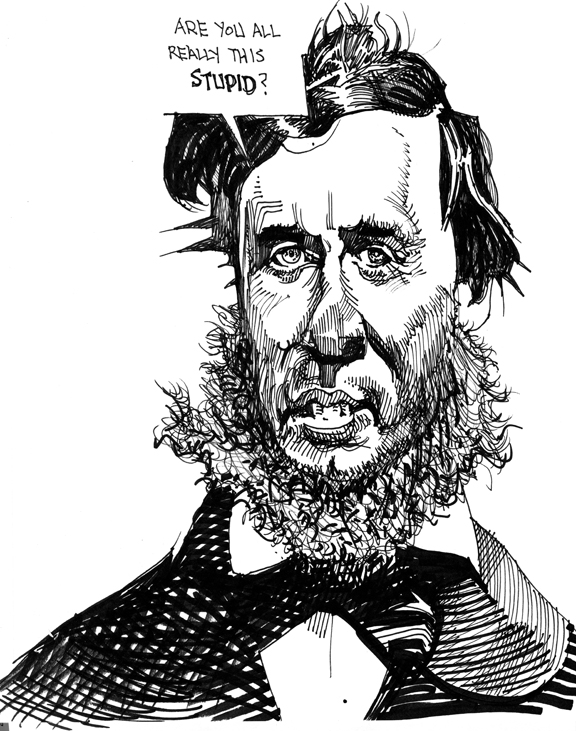 Daily Whip Out: "Henry David Thoreau Is Not Amused"

Of course the residents of Thoreau are not alone. In Los Angeles, locals pronounce the suburb of Los Feliz as Los Fee-lez. And in the French named town of Dubois, Idaho (pronounced Du-b'wah) the locals have mangled that to Doo-boyce. In Texas there are dozens of mangled town names with the most prominent being San Jacinto (which they give the Anglo-bend of San Jah-ceento) not to mention Amarillo which the locals give a rendering that rhymes with brillo, as in, they used a brillo pad to scrub off the Spanish. The moral to all of this is pretty simple:

"In the land of pronunciation, idiots rule."
—BBB
Posted by Bob Boze Bell at 11:19 AM