She Stood In The Clearing, Daring Him to Come Get Her

April 11, 2016
Here's an unfinished board that I've been monkeying with for some time. This morning it finally came together in my mind as I was re-attacking the foreground: 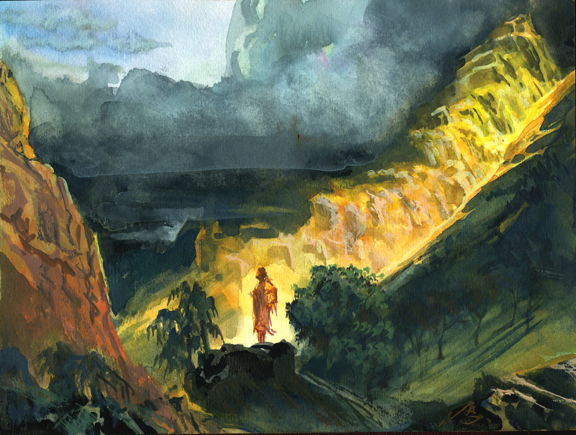 Daily Whip Out: "She Stood In The Clearing, Daring Him to Come Get Her"

Of course, when he saw her there he knew immediately it was a trap.

When it comes to portraying emotion, it's sometimes hard to tell if someone is happy or in grief. Did this portrait of expression from a still I captured from the Mexican Western "La Malquerida." Is it the pathos of living on the border so close to gringos? Is it the delicious pain of habanero chiles? Or, is it the determined expression of a cantina singer belting out a corrido? 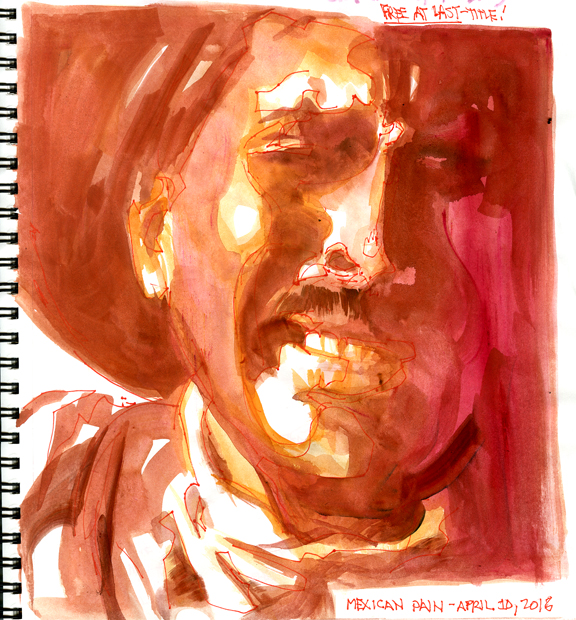 I'ts actually a dude in a cantina singing a Mexican corrido, no doubt about somebody in deep pain. Meanwhile, there is a story in border dust as well: 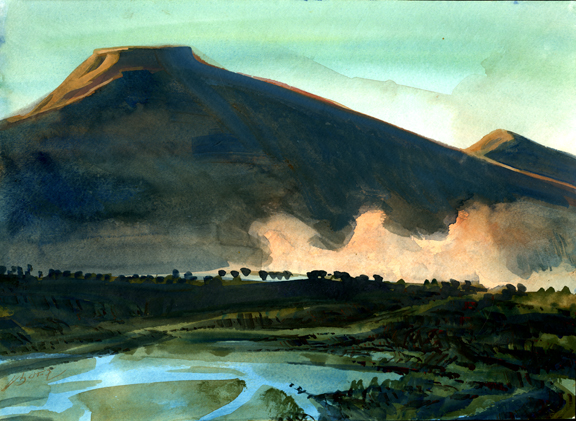 Looking over the low horizon, who, or what, is making those three-towered dust clouds? And do you flee from them or do you ride on to meet them? And, finally, does the accumulation of images, done here, add up to anything? That is the question that haunts me.

"Every two minutes Americans take more photographs than were made in the entire 19th century."
—Nicholas Mirzoef, "How to See The World"