April 23, 2016
Yesterday, Kathy and I flew to Seattle to meet up with a certain, hard-ridin' cowboy: The boy loves his horse. A generous gift from our friend Linda Stewart. Fortunately this horse stays in the house and doesn't roam too far out of the neighborhood.


Conflict and Cliffhangers
Just finished an excellent book, "Plot & Structure: Techniques and exercises for crafting a plot that grips readers from start to finish," by James Scott Bell (no relation). And one of the takeaways is that conflict is the oxygen to a good story. And, one of the exercises is to take a movie you love and re-watch it, examining the underlining themes to see what makes it tick. So I took a fresh look at this classic: 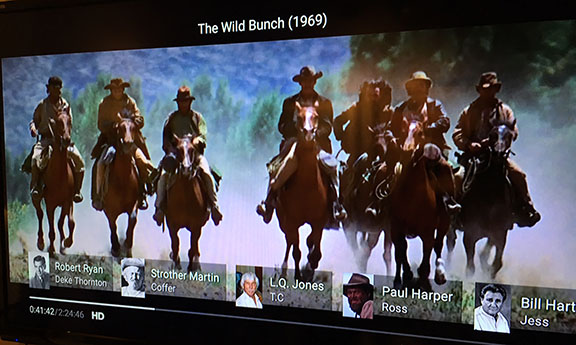 The Wild Bunch pays off a wild hunch

Wow! Talk about conflict. Two gangs (the Wild Bunch and a gang of thieves paid by a corrupt railroad tycoon) and a corrupt Mexican army officer, Mapache (and, according to Chris Casey, he  is played by the director of "Malquerida." Emilio Fernandez, who was allegedly also the model for the Oscar statuette when he was a young stud) collide in the waning days of the Wild West. Not only is there conflict between the gangs, but there is barely restrained contempt within each gang, as each gang member seethes anger at each other. The basic plot is classic conflict: a former Wild Bunch gang member, Deke Thorton (Robert Ryan) has been hired, or, rather, given a temporary reprieve from the Yuma hell hole prison (where he is whipped), by the corrupt railroad tycoon, who gives him a couple weeks to kill his best friend ( William Holden). Deke hates his scallawag crew: two of the worst are Ben Coffer (Strother Martin) and T.C. (L.Q. Jones) and they fight each other in almost every scene. In Pike's gang, even saddling up is a conflict. It's wall to wall conflict on top of conflict. And, in the end, the twisted plot and the themes and, even the moral, can be boiled down to two words: