In The Shade of The Sombrero Forrest

April 18, 2016
Thanks to my friend Chris Casey, I have been enjoying a couple of 1940s Mexican Westerns he sent me. This is a whip out inspired by one of the scenes in "Malquerida," from 1949: 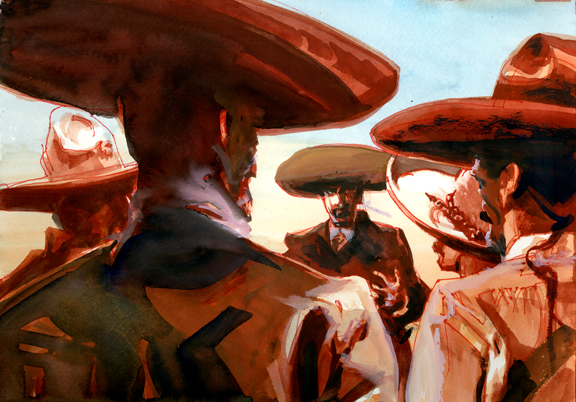 Daily Whip Out: "In The Shade of The Sombrero Forrest."

In Yuma, for the Arizona History Convention, our room in the Hilton Gardens overlooked the historic Yuma Quartermaster Depot Museum. Tried to go over there during a break on Saturday but the gate was locked and I didn't have time to walk all the way around to the other side. My loss, I'm sure. 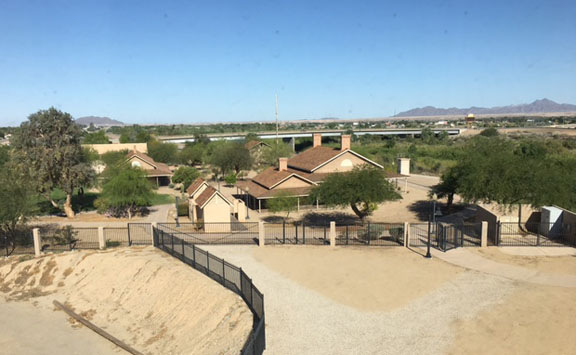 Did get a chance to visit the Jack Mellon house. Found out The King of The Colorado retired to Coronado Island in San Diego and took with him the flag pole off the Mojave steamer. And every day for the rest of his life, he got up, ran up Old Glory and saluted, before starting his day. Now that's who I want to be when I grow up! 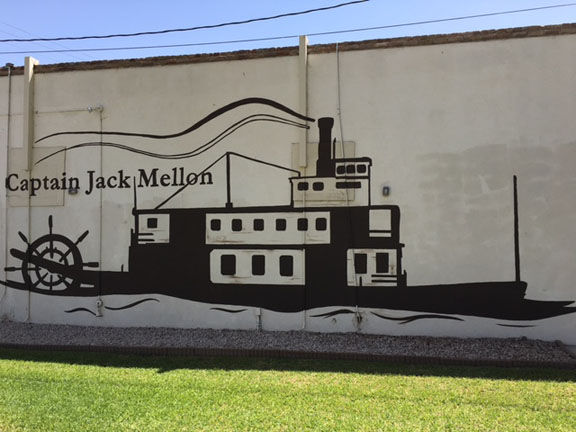 Captain Jack Mellon mural on the side of his house in Yuma, Arizona.

Great conference, left Yuma on Sunday morning and went the back way to Quartzite up through the Castle Dome Mountains: 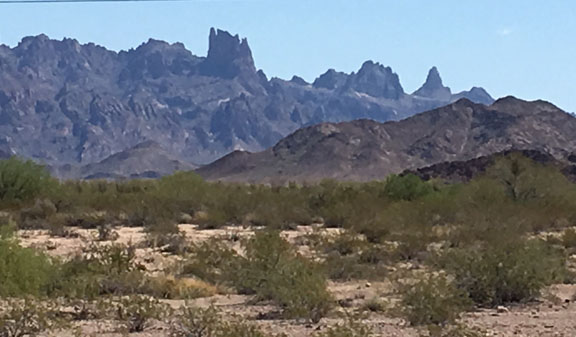 Really striking mountains in this area, like these spires in the Kofa range. Not far from here, Wyatt Earp was elected constable at a short-lived mining town called Cibola. 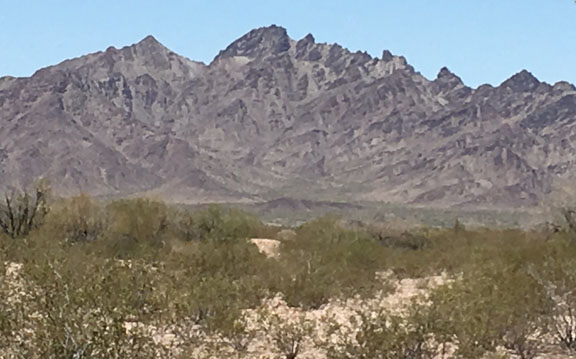 Harsh Spires of The Kofa Range

"Now hatred is by far the longest pleasure; men love in haste, but they detest at leisure.
—Lord Byron