The Truth About Custer According to Thom Ross

October 8, 2016
I gave a talk this morning in the Lone Pine Museum theater on the truth about Custer and the Battle of the Little Bighorn. Before I started, I told the audience everything I was going to tell them came straight from my artist friend Thom Ross. I've had to outrun angry crowds before, so that wasn't much of a problem, but I did give them Thom's home address and most of them dropped off my trail after about ten miles. I told Ross to expect a call. 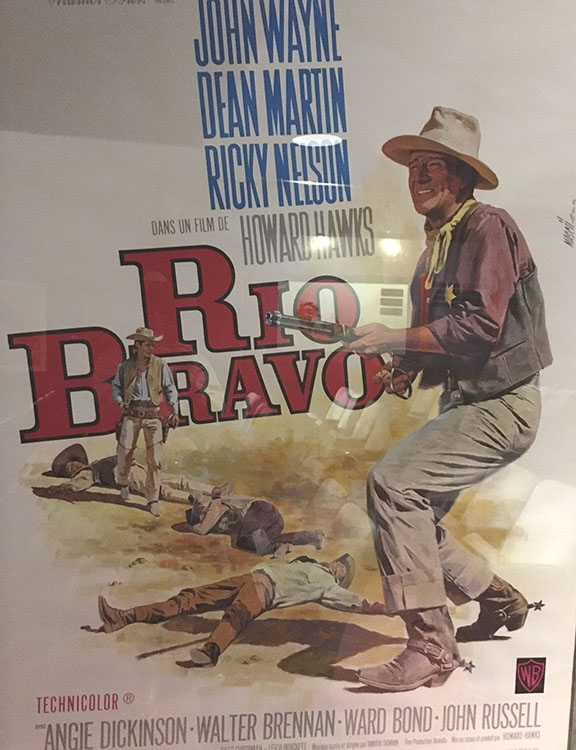 Here's one of the tidbits Thom gave me: "Over half the men of the 7th cavalry survived the battle. The doomed men who died at the "last stand" were only the 210 (+/-) men who went with Custer himself (Companies C, E, F, I, and L). Three Custer brothers (George, Tom, and Boston) a nephew, Autie (the son of CUster's older half-sister) and a brother-in-law, James Calhoun (married to Custer's sister, Margaret) were all killed there that day.....so much for the Custer family Christmas card list!"

And here's another little bon bon from the Kid: "The 7th Cav. had the Springfield .45-70 carbine which had an effective range of 600 yards. It was a single-shot, long range weapon. But as the battle unfolded, it became a much closer fight....the Indians using the natural terrain to their advantage where the distances were not so radical...hence their lever-action, multi-shot Winchesters were both deadly, rapid, and at such close range, accurate. As the Indians killed the soldiers, they captured the Springfields and used them not only against the last of Custer's men, but later on in their long-range siege of the Reno-Benteen survivors. (The men with Reno-Benteen commented on how the sounds of the Indian's fire changed from the softer "pop pop pop" of the Winchesters to the more guttural "BOOM BOOM BOOM" of the Springfields; thus they knew that the Indians had somehow overpowered some other troopers and had taken their weapons and were now using them against the survivors of the 7th.) I own a lithograph (printed in Paris in 1929) of the battle drawn by the Indian participant, Amos Bad Heart Bull. In this print he drew several Indians with rifles....yet most of them are shown shooting their bow-and-arrow! This was probably the last major fight in world history in which the bow-and-arrow was a serious weapon: it was deadly accurate at close range and could be fired very rapidly. (The Springfield carbines also had a nasty habit of over-heating and often the spent shell became jammed in the breech due to swelling from the heat and this rendered the weapon, if not useless, at least inoperative until the trooper could extract the spent shell with his knife; a frustrating activity while being attacked by 1,500 people who don't like you!!!)"

And this: "The cavalry sword was no longer used except when the troopers were "on parade". Lt. Charles DeRudio brought his along on the Little Bighorn campaign and used it to kill snakes. (They could also be used as picket pins: driven into the ground, a trooper could tie the reins of his horse to the handle). Swords also made a lot of racket and this was a drawback. Custer had ordered them left behind. Custer also ordered his band to give up their white horses as he needed more mounted men. The band was left behind when the 7th began it's last, ill-fated march. The band leader was a man named Felix Vinateri and because he survived the campaign his lineage continued and his great-grandson, Adam, won 3 Super Bowls with last second winning field goals!

Great stuff. And I used a couple of these gems, but in the end I told them my source for all the Custer info came from Paul Andrew Hutton and Robert Utley and I got a pass on the mob action, but, all in all, it was a ton of fun. Sold all my books and met some fine people.

"I can see by your outfit that you are a magazine publisher."
—A Lone Pine Film fan