October 31, 2016
When one pursues creativity on a daily basis, there is a strong desire to pass on those genes to your offspring. Based on my grandson's Halloween costume this year, I don't think I need to worry.

Last year, Kathy and I were in Pasadena with Weston and we bought him a "cowboy" Halloween outfit at a big box store and we had high hopes for him wanting to be like grandpa, but he was having none of it and would not even allow us to place the hat on his head like he did when he was younger. 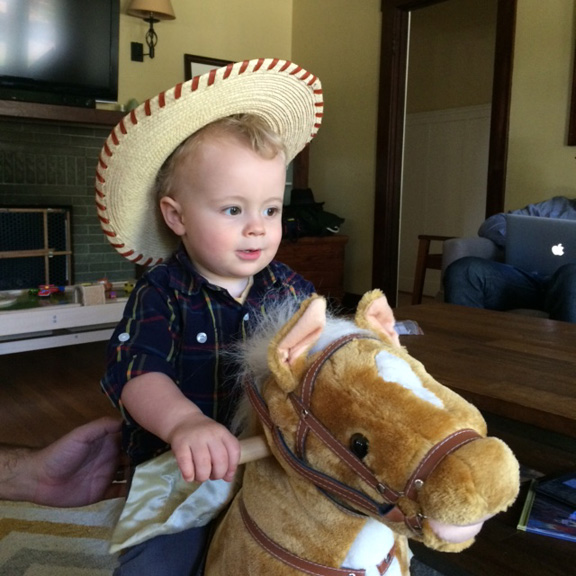 Weston tolerates the cowboy hat I bought him when he was two.

Fast forward to last Halloween and he wouldn't even pretend to be interested. He got really upset if his mama put the hat on his hand. This year his parents asked him what he wanted to be for Halloween and he said "Spaghetti." When his mother tried to tell him this wasn't a realistic costume option he refused to budge and insisted he wanted to be spaghetti. So his father, came up with the idea of "Spaghetti Weston." 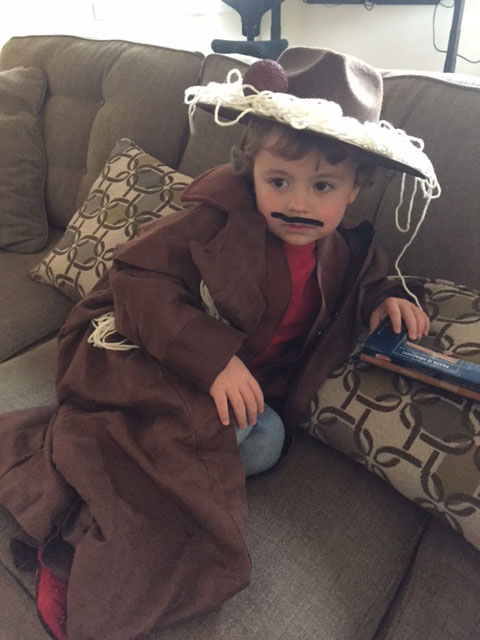 Utilizing the one and same costume we bought him last year, Mike ingeniously added noodles and meatballs to the cowboy outfit and attached the fake mustache and there he is. He apparently loves the outfit and has been bagging plenty of candy, although the meatballs bit the dust almost immediately.

"The historical novelist is always prey to the enjoyment of hindsight."