Vaquero In The Clouds

October 3, 2016
It was so cool out yesterday, I actually went for a walk late in the afternoon, rather than the crack of dawn. Haven't been able to do that for about four months. Coming back down the hill, I spied a boiling monsoon cloud formation and came back to the studio to give it a go. Added the rider this morning. 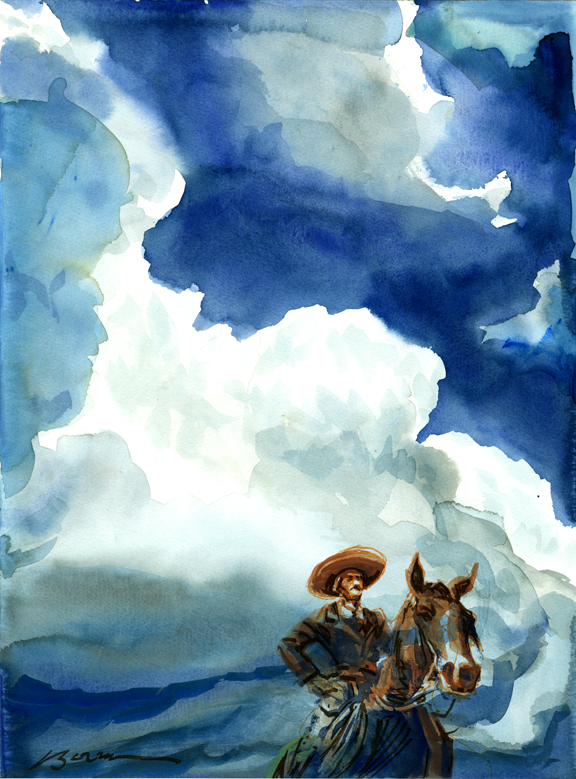 Daily Whip Out: "Vaquero In The Clouds."

Had about a dozen other small paintings in various stages of finish. Took a crack at this one, as well: 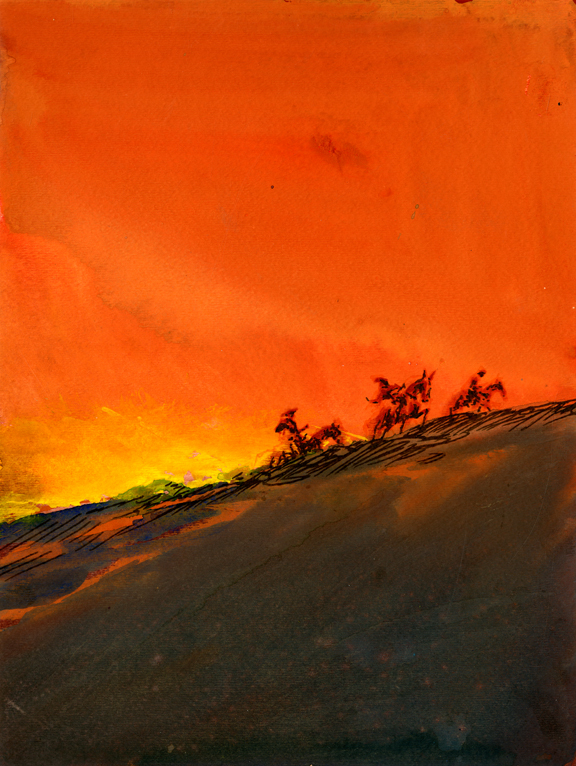 Daily Whip Out: "Mickey And Tom Horn Argued All The Way Up The Ridge"

The Trickster With The Sidewinder Gaze: Crossing Quemado
The trio skirted the biggest fires and climbed a blackened ridge as Horn and Free argued all the way to the top.

"We took the wrong turn back there. We need to turn back."

"No wonder they call you Talking Boy. That's all you do."

"You're leading us right into a trap. I can feel it."

"If I need any crap from you, I'll squeeze yer head."

"When turkeys mate they think of swans."

"You sure are smart for being so damn dumb."