June 18, 2020
Playing with some dust devil ideas. One of the favorite conveyances of El Pendejo is riding the dust columns that travel lazily across the Southwest deserts. You know, like this. 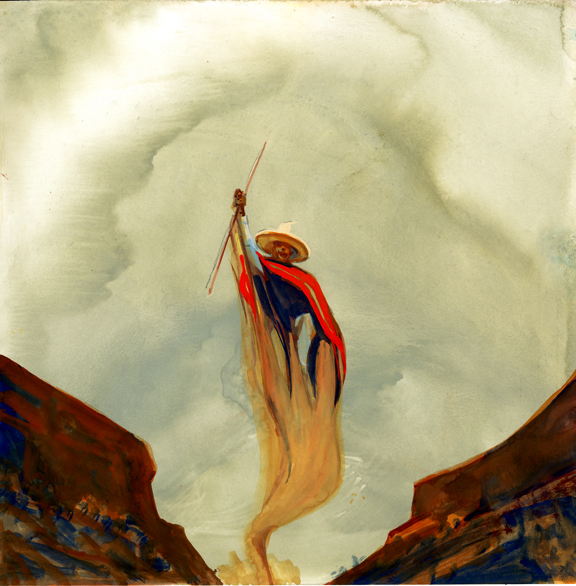 I like this because El Pendejo appears to be riding upwards towards a dusty rainbow.

Some dust devils ascend right up into the clouds, like this:

And, frankly, you can often see El Pendejo riding atop one of these. 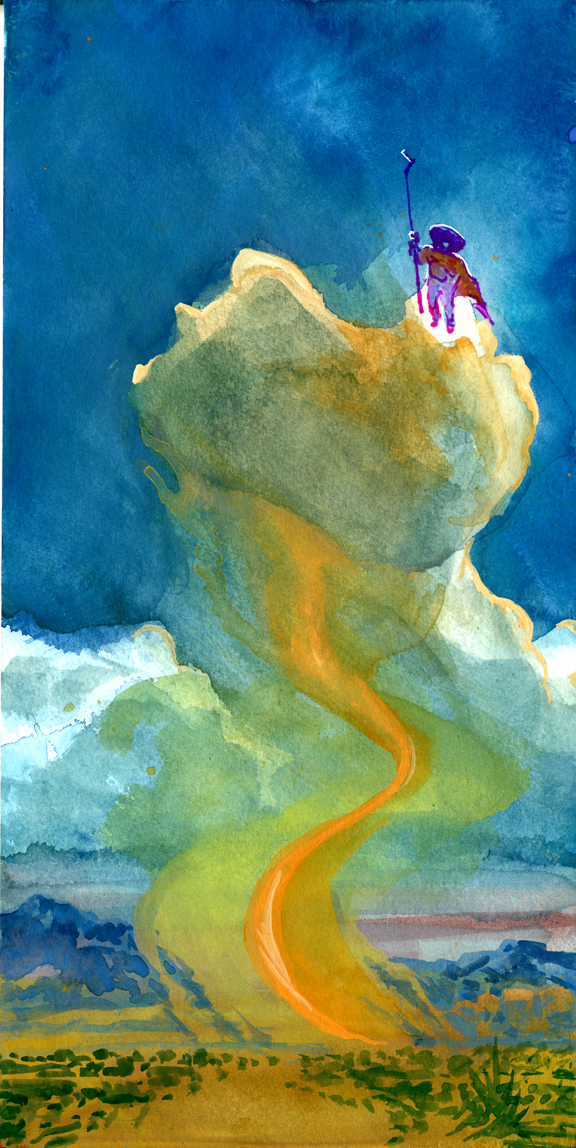 Of course, it would be a mistake to somehow glorify El Pendejo and make him into a folk hero. We must always remember, he earned the nickname!

"It's always easier to condemn the past than confront the present."
—Old Vaquero Saying
Posted by Bob Boze Bell at 4:33 PM