Statue Power And The Suggestion of Law

June 25, 2020
When our kids were little I created a game which we called "Statue Power." It basically came down to the kids, Deena and Tommy, hiding around the house, behind the couch, etc. and then when I would come out and find them, I would tickle them, like a zombie monster who walks stiff and has problems with motor skills. If things got a little too, ahem, ticklish, they could invoke the secret password: "Statue Power!" which would freeze the monster so they could run off and hide again. We did this so many times it was ridiculous, but they never got tired of it.

Which brings us to the current mob driven debate about taking down statues in America.

First of all, I don't care if all the statues are taken down. With the possible exception of the Lincoln Memorial, I can't recall when a statue made me proud to be anything. Most of them are fuddy duddy anyway with some ancient dude with side whiskers, on horseback, having his way with something on the horizon.

And, second, I agree with Professor Paul Andrew Hutton who gives the example of a black mother taking her kid to school and she has to drive by a statue of some Confederate general who did everything in his power to make sure she—or her kids—could NOT go to his school, and then she drops her kid off at the Robert E. Lee Elementary School and Paul asks, "How do you think that makes her feel?"

And, speaking of Robert E. Lee, here is what he said about Civil War statues:

"I think it wiser, not to keep open the sores of war but to follow the example of those nations who endeavored to obliterate the marks of civil strife, to commit to oblivion the feelings engendered."
—Robert E. Lee

Okay, I take it back. I would pay to see that statue.

With all that said, who are these idiots defacing and tearing down statues of Jefferson, Washington, Cervantes (a writer?!) and Grant (are you kidding me? Please tell me you are not this stupid!). I agree with Jonah Goldberg who says the plural of idiot is mob. Jonah also takes these mobs to task for tearing down the statue of Hans Christian Heg, an immigrant from Norway.

"Tearing down the statue of a guy—an immigrant!—who gave his life to fight slavery doesn't make you brave or heroic or even interesting. It marks you as a contemptible fool and a vandal."
—Jonah Goldberg

And then this brings us back to the rule of law. 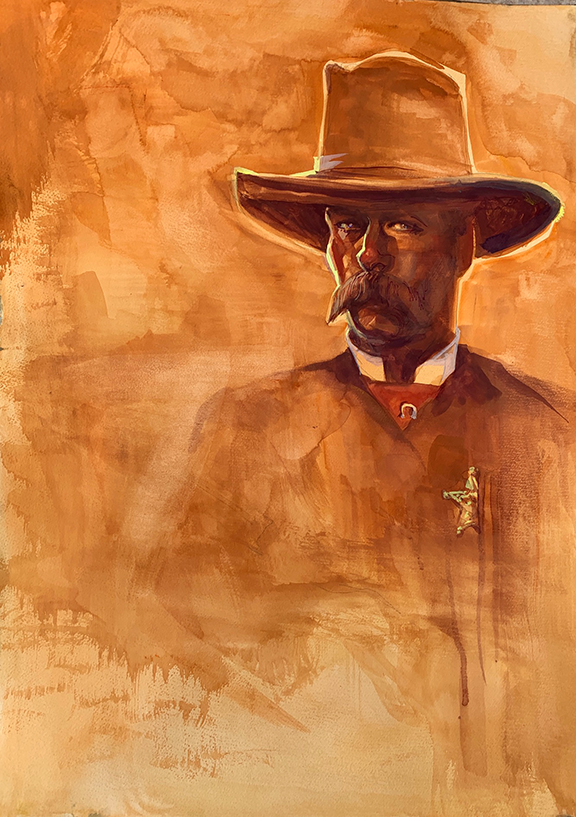 Daily Whip Out: "The Law"

Yes, he's a white guy, probably one of the Earps, if you ask me, and the only thing missing is, well, his persuader. 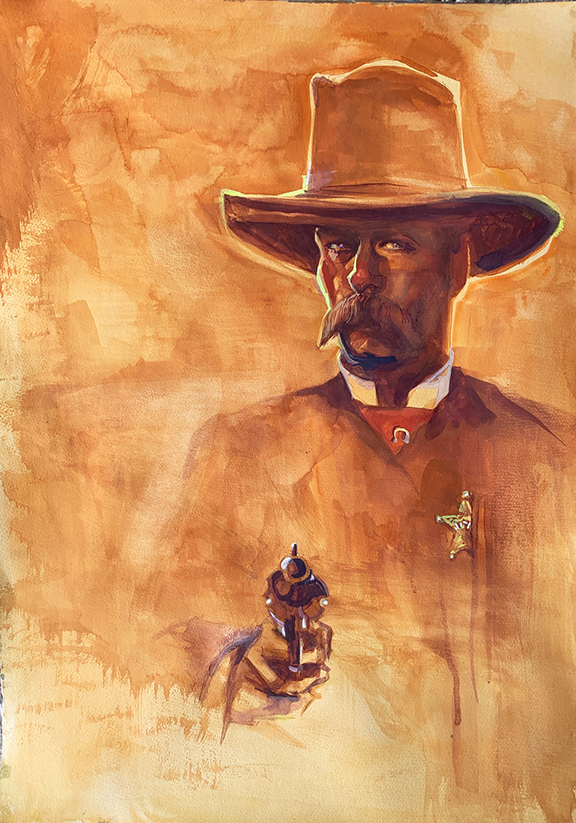 Daily Whip Out:
"The Law Is A Suggestion With A Gun"

"What an amazing stupid time this is."
—Jonah Goldberg
Posted by Bob Boze Bell at 12:54 PM