In April of 2013 I set out on a quest to find Cowboy Ground Zero. My theory was if I could find the epicenter of the Conquistadors, those agressive explorers who brought cattle and horses to the New World, that would be the spot. 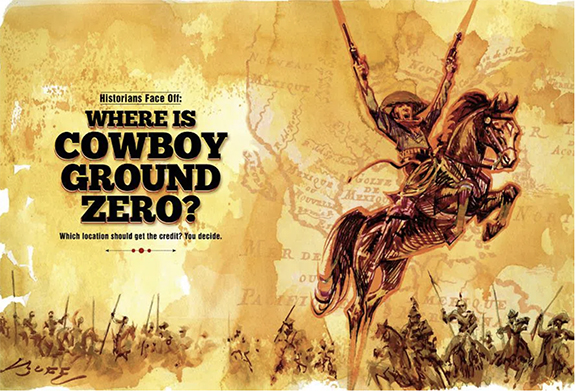 Deep in Extremadura, I found it at Plaza Mayor de Trujillo, Spain. Kathy Radina took this shot of me all by my lonesome taking it all in. Yes, it was breathtaking. 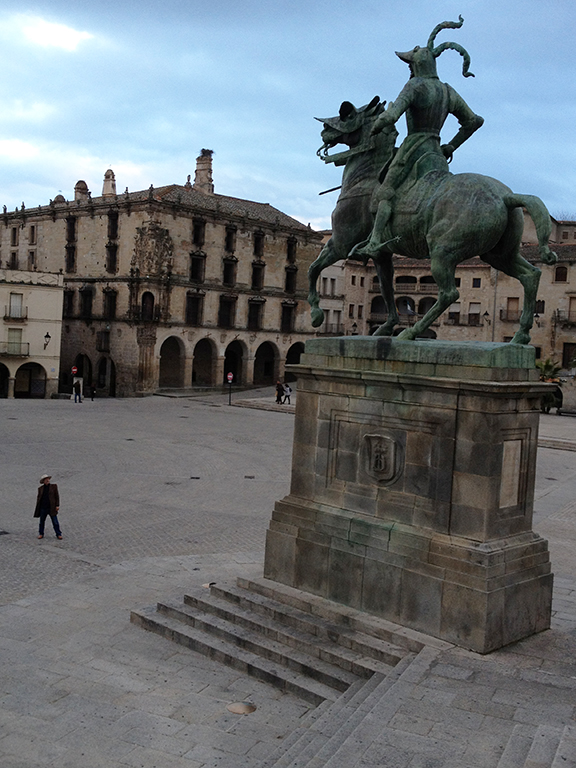 Of course, not everyone agrees with me on the Spain theory. Here is the resulting cover story we did in True West magazine about the main theories being debated:

Where is Cowboy Ground Zero? 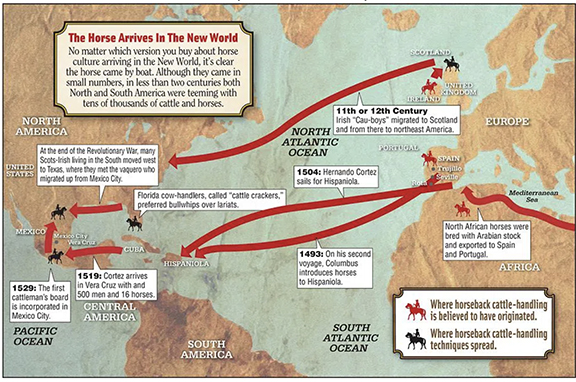 Damn that Gus Walker was good! We called him "The Mapinator" and his maps just rock our True West world. Gus passed in 2014.

"And the horse you rode over on."

—Variation on the old profanity