Where Is The Humanity In The Bass Reeves Story?

Back from a whirlwind tour of Bass Reeves Country. That would be all around the town of Muskogee, Oklahoma, USA. Yes, that is a riff off of the Merle Haggard classic, "Okie From Muskogee." The irony is I was the keynote speaker at the Bass Reeves Convention last Saturday and the speech was held in a banquet room in the Civic Center where Merle performed the song in 1969. 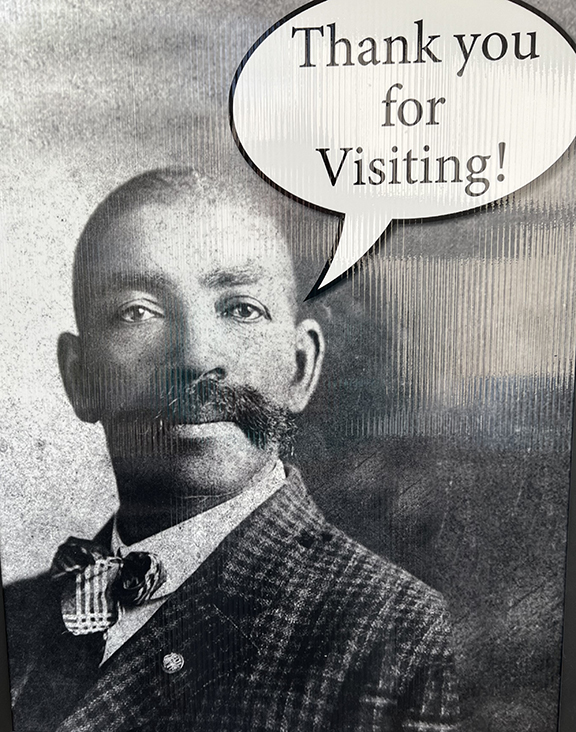 One of the questions I have had for some time is why isn't the story of the legendary lawman, Bass Reeves, a bigger story in  American history and popular culture? I think one of the reasons is that—so far—he has been portrayed as a Super Cop, more or less as an action hero, fearless and unstoppable. That is certainly valid, but unfortunately, it's one dimensional, and not quite enough to launch him into the pantheon of frontier heroes. My question has been, where is the humanity?

An hour before my speech, on a history bus tour of downtown Muskogee, which I did not want to go on, I found the answer. Or, more accurately, I should say, the answer found me.

"And I'm proud to be an Okie from MuskogeeA place where even squares can have a ballWe still wave Old Glory down at the courthouseAnd white lightnin's still the biggest thrill of all."