The Danger of Crossing Swollen Washes

I had actually planned on finishing the Sharlot Hall running wash painting in a day, if not half-a-day, but here we are a week later. My only excuse is I'm dealing with a lot of moving parts.

But once again, was it wise to force a crossing in a storm? I thought Greg Scott's comments yesterday put a fine point on Sharlot's questionable bravery.

Crossing a rain swollen wash is a foolhearty thing to do as evidenced by this old photograph taken in the same neighborhood Sharlot and Grover were traversing. 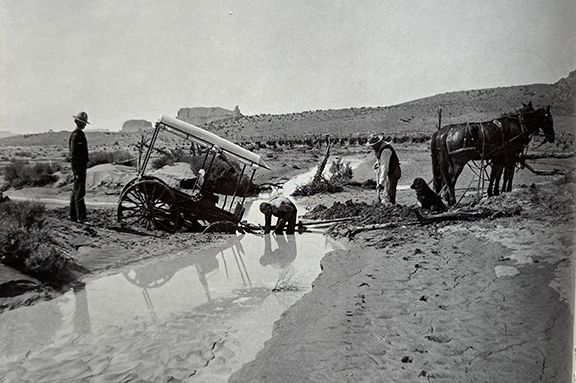 What's so amazing about this photograph to me is that they are not even in a canyon. And the wash seems rather shallow to the casual observer, but Man, talk about up to the hubs!

Anyway, back to the task at hand. Closer, I'm shooting for tomorrow. Meanwhile, there's this: 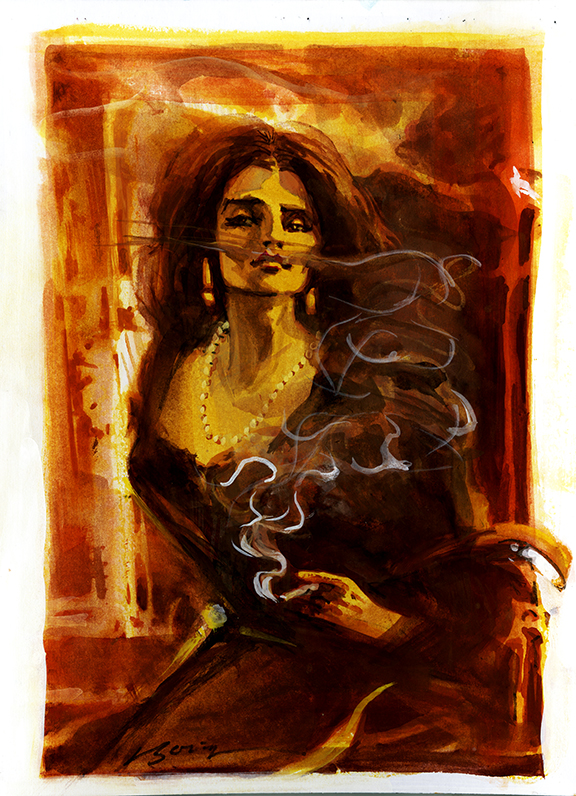